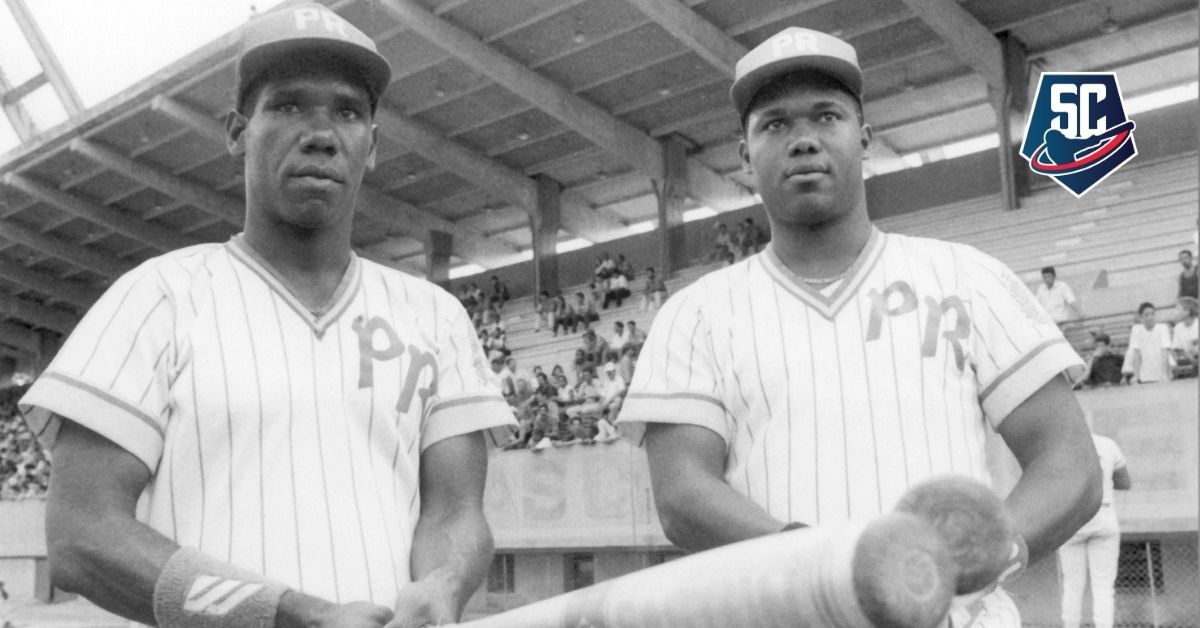 Baseball and life in general have been quite hard on Juan Carlos Linares Izquierdo, the brother of that extraordinary baseball player, Omar Linares. Juan Carlos, in his time, did not receive the recognition he deserved. He included the same fans, from Pinar del Río and in general, who along with many journalists and baseball players almost always forget the outfielder and first baseman when talking about his stage and when making certain lists.

What Juan Carlos did is worthy of admiration, not only for high-level results but also because he did it despite the presence of diverse and dangerous ghosts in some cases. So dangerous that an oversight on his part would have brought dire and fatal consequences.

The first ghost that will immediately come to mind for many of you is that of living in the shadow of what almost everyone points to as the most talented player of his generation. For many people Juan Carlos was the brother of Omar Linares even with all the good things he achieved, positioning himself as one of the most outstanding left-handed hitters of his time and perhaps a little further.

It may interest you: Osvaldo Fernández “appeared” from Holguín, one of the greats of Cuban pitching

Only a small percentage more treated both equally, starting with their parents and family. And although it seems not, without a doubt you have to work hard so that unbalanced favoritism is not a big problem psychologically.

It is clear that Omar had more talent and results, but forgetting Juan Carlos was extreme and that is something that has logically increased over the years. So much so that today it is rare to find any mention of the son most physically similar to Fidel Linares, the first star from Pinar del Río in the National Series.

So valid is the recognition for his bond with the “Niño” that I had to use the latter in the title of this article to achieve the goal of attracting more people to read me and even understand this hard story. His limited media coverage was also aggravated by having an even more introverted character than his brother and possibly making him the stellar figure who made the least “noise” within Pinar. Among my vast archives I have yet to find his first interview.

But despite a solid and comprehensive batting, and having been a good defender of the outfield in the first part of his sports life, his access to the main national team was only reduced to the year 1993. Apart from that, what he got were pre-selections and second level events.

But the greatness of Juan Carlos is not only focused on his excellent performance despite the logical majority fame of Omar, both for arriving first than him and for his superior conditions and results. His health was his greatest enemy and in fact, he is still on the lookout today as in his time as a player.

The well-known number 5 of the Pinar del Rio squads had to recover from a serious shoulder injury, which made him change irrevocably from the outfield to the starting lineup. But that was not the worst thing that attacked this quiet player from a medical point of view.

Juan Carlos has had to carry epilepsy almost all his life, which he fights daily with the use of medication. And although the use of them almost completely controls this brain condition, it also brings some secondary damage that he had to face almost daily.

In a recent intervention in the Swing Complete show, the former second baseman from Vuelta Baja, Yobal Dueñas, made some stories that included the medical situation that hit the “minor” of the Linares. The teammate of the Linares brothers for more than a decade ratified the constant struggle of the protagonist of my article with the subject of epilepsy and the consequences that sometimes brought him taking or not taking the indicated medications.

Perhaps not many know that this problem accompanied and is still present in the life of the outstanding former player from Pinar del Río, because when talking about this disease the name that almost always comes to mind is that of former capital gardener Luis García. Among other things, for the epilectic seizure he gave her in the middle of a match broadcast on television. Not even in that Juan Carlos managed to talk about him frequently.

Epilepsy is a disorder in which the activity of nerve cells in the brain is interrupted, causing seizures. It can occur as a result of a genetic disorder or acquired brain injury, as well as a stroke. During a seizure, a person experiences abnormal behaviors, symptoms, and sensations, including loss of consciousness, which, if left untreated, can result in brain death.

The most used drugs to prevent are Carbamazepine, Phenytoin, Topiramate and Felbamate, among others. In all cases, like a good group of drugs directed at the nervous system, it brings very varied side effects, which Juan Carlos had to overcome on many occasions, according to what Yobal said.

Undoubtedly admirable to the highest degree what he achieved despite all these ghosts that did so much damage to him and still do him. Hence the double respect for a sports career that he deserves and even needs superior recognition from us. Pinar del Rio and not Pinar del Rio, it is true that Omar was a giant, but he was not the only Linares worth highlighting. His father and his brother also have an important space in the history of his province and even of Cuban baseball.