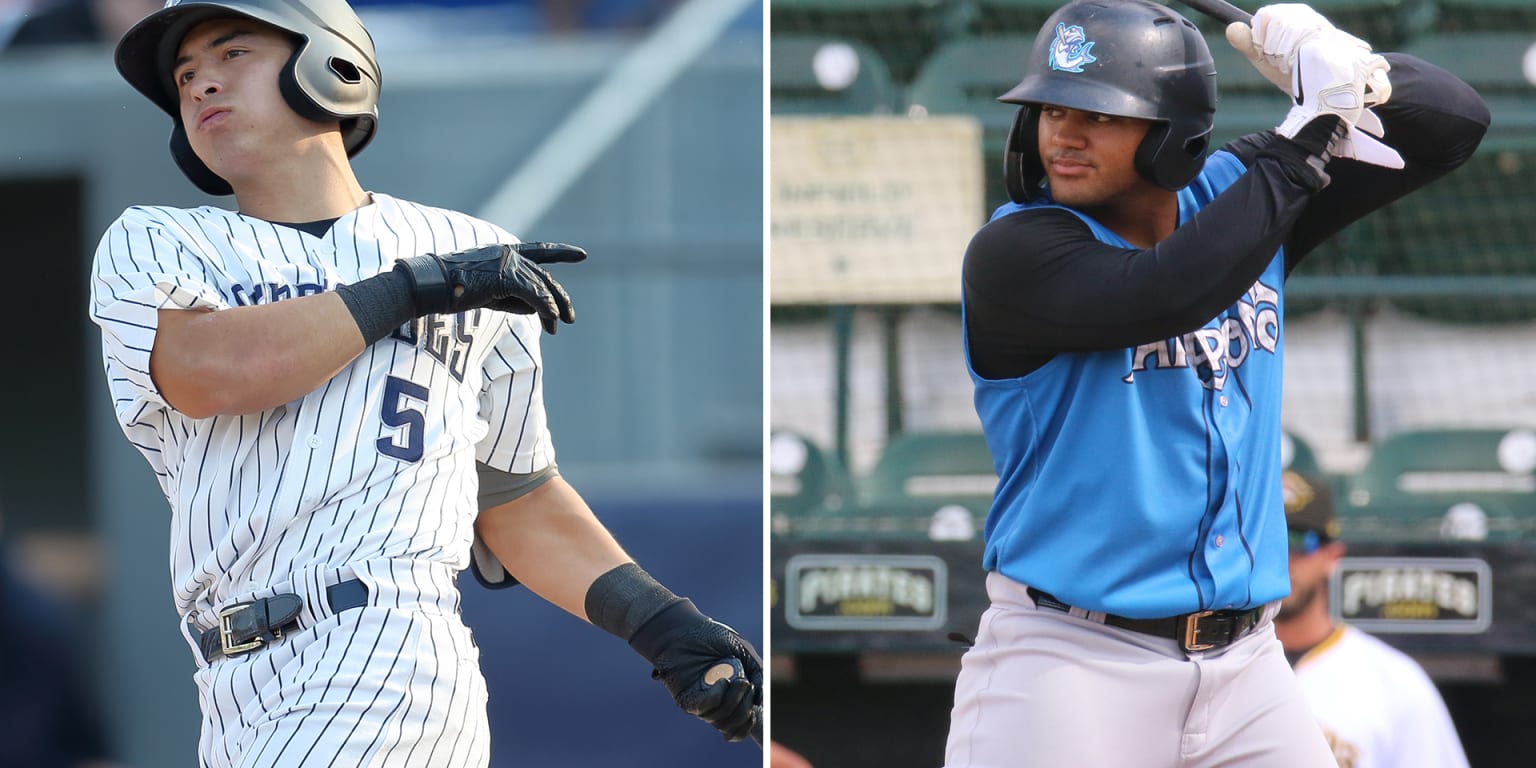 TAMPA, Fla. — The Yankees are aware of the excitement surrounding Anthony Volpe and Jasson Dominguez, who enter 2022 as the top prospects in the New York organization, according to MLB Pipeline.

With such excitement come expectations, but the club think they have ways to help the up-and-coming duo reach their potential.

According to Kevin Reese, the Bombers’ vice president of player development, Volpe and Dominguez are aware of the challenges facing their respective paths to the big team. For now, Reese says Volpe and Dominguez have shown wisdom beyond their years.

“You want these guys to be successful, to have fun and not have to deal with unnecessary stress,” Reese said. “I think everyone reads the articles. expected. That’s always a challenge for everyone. It’s something we talk about openly and try to help them.”

The infielder, who was selected in the first round of the 2019 Draft (30th overall), received a $2,740,300 bonus. He used the pandemic hiatus to add muscle, showing off that power by rattling off 35 doubles, three triples and 27 homers with 86 RBIs.

Dominguez enters the 2022 season as the 17th-ranked prospect in all of baseball. He is a switch hitter who has drawn comparisons to legendary figures like Mickey Mantle, Mike Trout and Bo Jackson.

“Despite their ages, they are quite mature. They are very professional and their work ethic is off the charts,” Reese said. “You don’t get that kind of attention, you don’t have that draft value, you don’t get a signing bonus without all of that. They are definitely blessed with talent, but their hard work shows when they compete with others.”

Reese added that he views Volpe and Dominguez as “leaders among their peers,” the kind of players the organization relies on to help spread the message to others. Both are popular figures on the practice fields in Tampa, Florida, and Dominguez drew praise after conducting an interview in English with the New York media after learning the language on his own with some apps.

Rachel Balkovec, who helped Domínguez as hitting coach last season and could be his manager this year in Lower Class-A, declared that “it is a delight to work” with Domínguez and highlighted the fact that the Dominican strives to find the perfection — from the basics on the ground to making sure your cave area is neat.

“He makes sure everything is clean, things like that,” Balkovec said. “We try to make them responsible for all their actions and also to develop them as people.”

It remains to be seen how the fact that there was no minor league campaign in 2020 will impact this generation of prospects; in the cases of Volpe and Dominguez, the Yankees would have preferred to accelerate their experiences with action on the ground. On the plus side, Reese believes the club has already seen the benefits of the individual training several players have done during that time.

“Obviously, I’m excited to have everyone at minicamp, just seeing all the hard work, good environments, people having fun and getting better,” Reese said. “It’s hard to single out one or two people who are impressing. The coaches and the boys are working very hard”.

NY looks good on the development of Volpe and Jasson