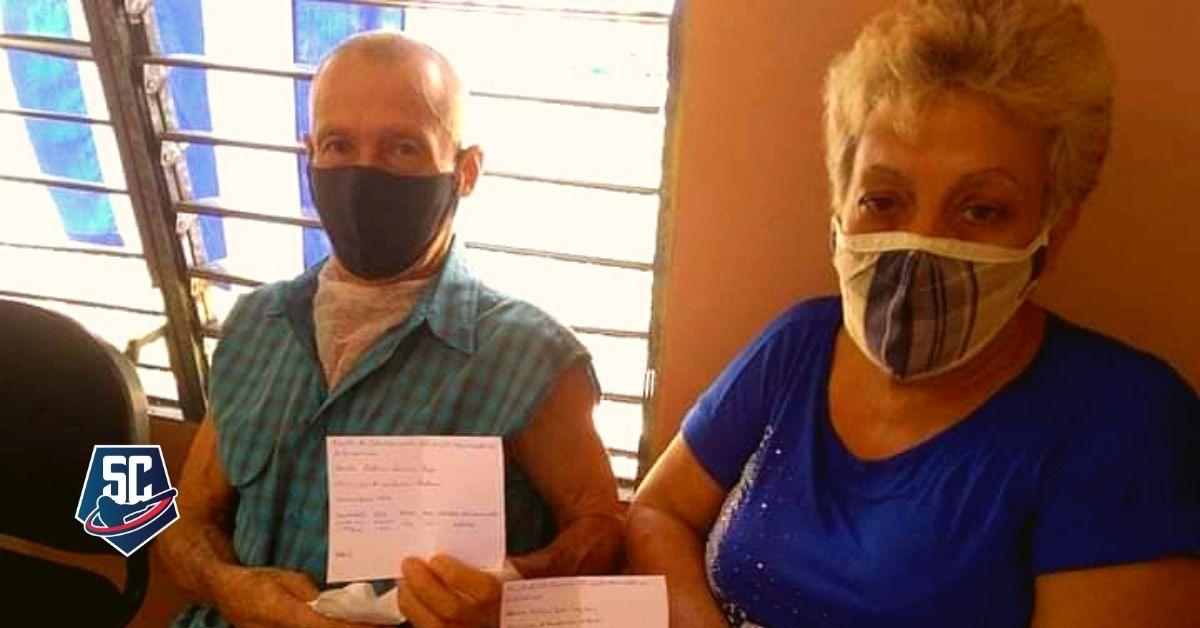 2021 full of satisfying and painful moments in Cuban baseball. In this last aspect, logically, the death of many prominent or well-known figures linked at some point with the national sport of the Island, acquires the fundamental role in the negative of the year that is almost gone.

It seemed that December was closing without having to mourn any more death within the baseball guild and in the middle of Christmas there was the death of a well-known left-handed pitcher who at the time was one of the most notable of the eastern teams as was undoubtedly the native of Báguanos Fidencio Serrano Pupo. At the time of writing the note, there were few details about the cause of this misfortune.

Converted into a target pitcher for the Holguin national team in the eighties, and among the men with the most responsibility on the Orientales and Mineros staff in several Selective Series, Serrano had some seasons that placed him among the best performing left-handers at the national level. .

It may interest you: Always happy chronicle of when the people of Holguin were champions of Cuban ball

Serrano had been part of Holguín’s first team in the National Series (1977-78) and was also in the debut campaign of Mineros within the Selectives (1986). In a fair in which the Northeast only achieved 22 wins with 8 setbacks, Fidencio closed with a balance of 4-5, while in the selective match he was the one that participated the most games with 27. Curiously, he was also part of the last Coffee Growers team precisely when he did his debut in the Cuban classics in 1976-77.

So important was his role most of the time, that in 1984-85 he became the leader in games pitched and relieved of the National Series with a total of 31 and 24 respectively. In 1986-97 he repeated his dominance in this locker. His farewell to Cuban baseball at the highest level occurred after 1991 when he performed with the Mineros in the selective tournament.

It never transcended due to those great physical conditions, because neither its size nor its speed on the straight were impressive. But very good control and a great disposition to defend the shirt, they went over the obstacles, as well as a good corner.

Born on November 16, 1958 in the Santa Rita neighborhood, near the Tacajó power station, in the municipality of Báguanos. During 14 seasons until XXX SN (1990-91). He pitched in 321 games, including 195 as a reliever with 41 wins and 85 losses, plus a 3.89 ERA. It is valid to emphasize again that at that stage Holguín had one of the least competitive teams in Cuban baseball. Fidencio acted in eight Selective Series between Orientals and Miners. In the VII (1981), with Carlos Martí as helmsman, he achieved his most important collective result by being champion. He traveled to Nicaragua for a friendly match after that. In 1984 he returned to visit Nicaragua, this time with a team from Holguín.

In Provincial Series he was a bastion in the championships reached by the municipality of Báguanos in 1981 and 1986. In 1986 he struck out 156, a record figure. That year he won 12 games with just two losses, the most wins for a pitcher in these games. After retirement he worked as a baseball teacher in Báguanos until he settled in Cárdenas. He was an attentive and open-minded person, highly admired and loved in Holguín.

Affectionately nicknamed “Fifo”, his death occurred in Cárdenas where he had resided for some time. Among the several who have written about this unpleasant news on the networks is the fan Carlos Alberto Hidalgo Hernández, who published a quite emotional post.

“I just heard from my friend Leo Paris about the physical disappearance of the once star left-handed picher from Baguane Fidencio Serrano Pupo (Fifo), in Cárdenas. Fifo gave his friend Oscar Gil the Banner of bravery, sacrifice and consecration to, with his poor size, dominate the best hitters and teams of his time, those of us who combed gray hair also saw it in the Oriental and Miners teams … in the provincial series it was a sure victory for Báguano … born in the center of the Santa Rita Valley, also the birthplace of the painter Cosme Proenza, he met Martica in Báguano a beautiful young woman who until today was his eternal love and followed him to the last breath. Fifo has not died, because men like you remain in our minds and in the hearts of those of us who love good baseball and recognize good people … with integrity like you … my family…”

It may interest you: The latest news about baseball from Holguin

Not even at Christmas does the bad news stop: a well-known former oriental pitcher died