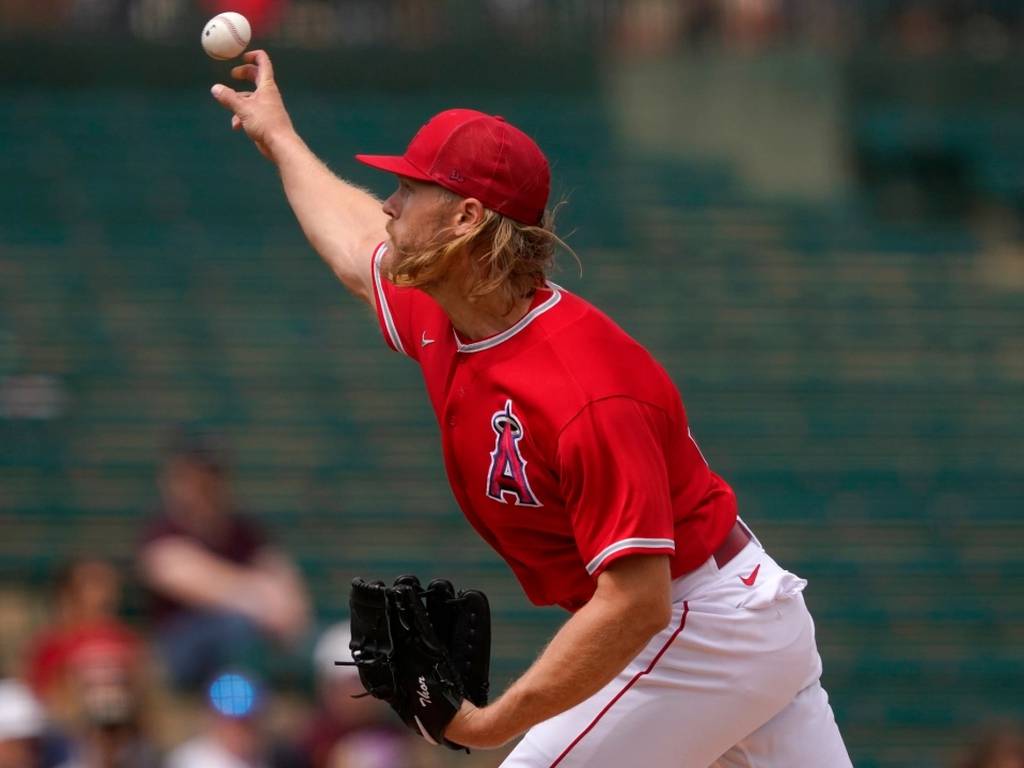 The Los Angeles Dodgers have a super team for MLB 2022, however, Noah Syndergaard is not afraid of them at all.

Pitcher Noah Syndergaad did not choose to sign with the Anaheim Angels just for money and to show his health after a Tommy John, but he feels that this team can achieve great things in MLB 2022 and he is not afraid of one of the most favorite teams; Los Angeles Dodgers.

We still don’t know which first hitter born in Las Vegas for the Dodgers Noah Syndegaard was referring to, what we do know is that he made a comparison with that of the Angels (his team), nothing more and nothing less than the phenomenon Shohei Ohtani.

“No one in the dugout is afraid of those guys. His leadoff hitter is Vegan, ours is the modern Babe Ruth” Syndergaard said.

It is normal that when there are two teams from the same city in an organization like the MLB, there is a certain rivalry from the players to the fans, a clear example is the famous Subway series between the Mets and New York Yankees.

Although both the Dodgers and Angels have spent a lot of money on players in recent years, their success as franchises can’t be compared.

The Dodgers lost Corey Seager and Kenley Jansen to free agency, but signed Freddie Freeman and acquired Craig Kimbrel, clearing up any team uncertainty as to who would replace Seager and Jansen. The Los Angeles Dodgers’ bullpen, rotation and lineup all look completely solid. However, it’s not like the Anaheim Angels are afraid of him, according to Noah Syndergaard.

The Anaheim Angels must have health in their favor to enter the competition, in the last two seasons they have not had Mike Trout or Anthony Rendon in full health. Now that they’ve added certain pieces to the pitching staff, they look better than ever in the last 5 years of MLB.