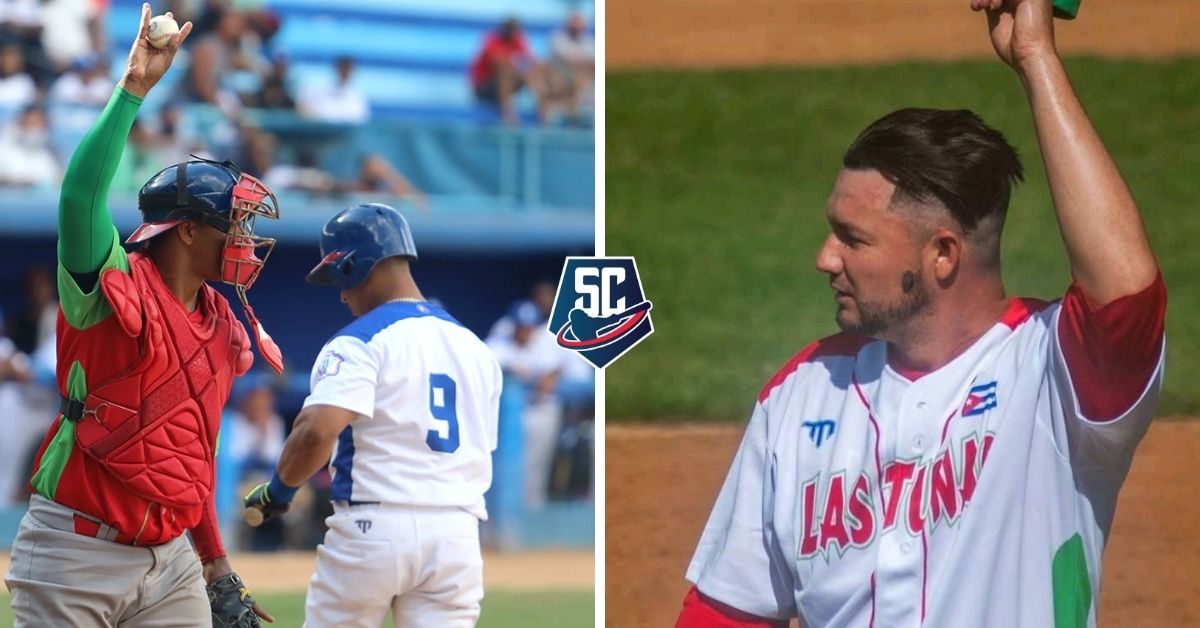 On the afternoon of this Sunday, April 10, the Leones de Industriales and Los Leñadores de Las Tunas, held a double billboard based at the “Julio Antonio Mella” stadium in Las Tunas, after sealing due to rain on Saturday. In a convincing way, Pablo Civil’s troops swept the people of the capital and dealt two costly defeats to their win-loss record.

It may interest you: Industriales vs. Las Tunas WARMED UP and left WITHOUT A DECISION, Frederich Cepeda LEFT Pinar on the field. Summary Series 61

In the first game, the Woodsmen they defeated 9×4 to the giraldillos, in the continuation of the clash that began yesterday and that had to be stopped due to inclement weather at the end of the fourth inning, with a 6×2 advantage in favor of the locals.

The starters were Alejandro Meneses for Las Tunas and Pavel Hernández for Industriales. The man from Las Tunas finished his work when it was decided to stop the challenge. Up to that point, he’s pitched four full innings, with two earned runs allowed and four hits allowed. In addition, he struck out three opposing batters and gave away a walk.

To start the actions on Sunday, Pablo Civil, director of the Orientals, sent the experienced Carlos Juan Viera to the mound. The law was presented in excellent shape. His fast pitches comfortably exceeded 90 miles per hour.

In this way, he dominated six batters by way of strikes, allowed four hits and scored a couple of earned runs. With that performance, which lasted five complete episodes, Viera achieved victory and reached five successes with the same number of failures.

For its part, the pitching of Industriales had the participation of three pitchers. Pavel Hernández, who started the match, withstood the first six goals from Las Tunas. Meanwhile, Elder Nodal, who replaced the starter since the previous afternoon, returned to the mound of sighs this morning and they connected a total of seven hits, enough for the rivals to step on the plate three times. The game was closed by Fher Cejas, facing six batters without allowing freedoms.

On the offensive, by the owners of the “Mella”, highlighted Yudier Rondón. The waiter hit a home run with a teammate in circulation in four legal innings. Two trailers also contributed the habanero Andrés Quiala and the shortstop Andrés de la Cruz. The first of them with two indisputable, while the field cut he achieved the figure of three, both in four opportunities.

The blue ship was led by Jorge Alomá. The infielder from the capital hit a couple of hits in three official visits to the offensive box, with three Leones chartered towards the rubber. Two hits were also achieved by the front man of the lineup Alberto Calderón.

It may interest you: HE REPENT: Avilanian player who left the team in Series 61 awaits sanction to return

In the second duel of the day, played over seven innings, the Lumberjacks 3×0 were imposed to Industriales, in a challenge led by the pitchers, although the pitcher from the capital came down from the mound very early in the game. With this success, the pupils of Civil secured the particular 4×1 subseries against the Lions, “passing the broom” this weekend on their premises.

Lefty Ángel Sánchez was the designated pitcher to look for the victory. The pitcher acted for five complete episodes, without allowing runs, with four hits allowed and the same number of walks and strikeouts given. Alberto Pablo Civil reached four saved games in the season.

Marcos Ortega assumed the responsibility of trying to avoid the sweep from the mound of sighs, but the native of Granma once again had a poor start in the tournament. Ortega, who reached seven losses in the championship, could only stay on the pitching board for 2 1/3 innings, with three earned runs allowed and five hits. Andy Vargas and Juan Xavier Peñalver came to his rescue, and both went through the game without being hit by indisputable players.

It may interest you: INTERVIEW with Manuel Morales Colón, the eternal shortstop from Havana in the National Series

The three annotations of the people from Las Tunas were promoted by the Alarcón brothers. Yosvani hit two hits in three official visits and drove in a teammate. Meanwhile, Yordanis hit a homer and sent a pair of lumberjacks into the rubber. The Blues only managed four hits in the game and two of them went to Oscar Valdés, a player who entered the lineup as a designated hitter.