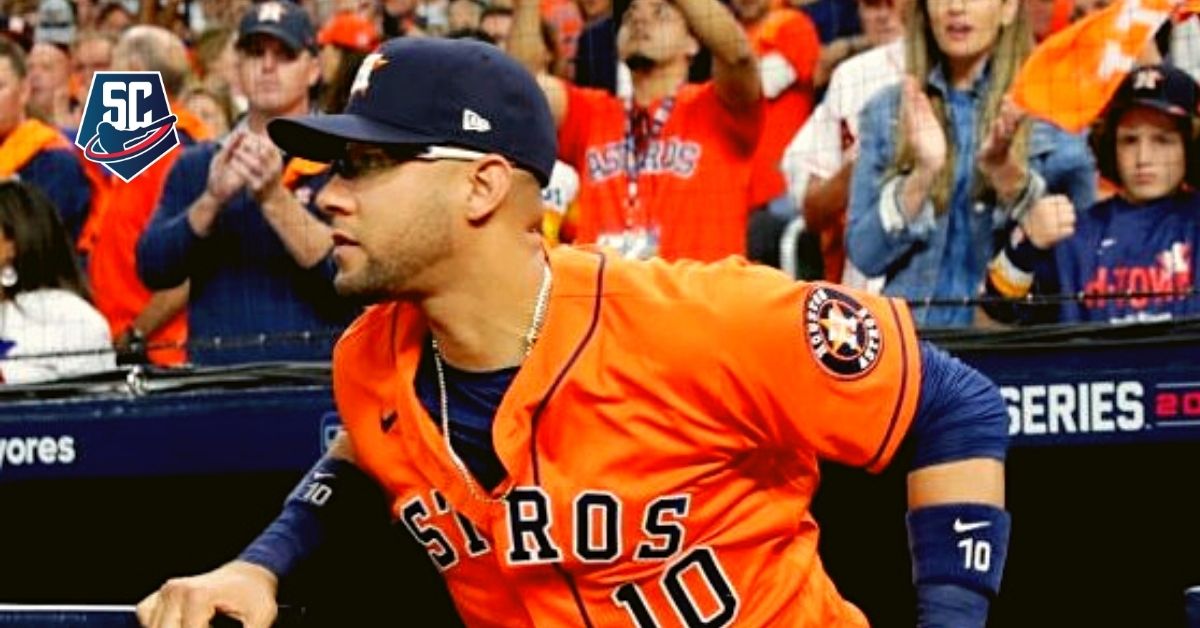 What seems like a complete rarity in Houston is a reality. Despite the great season he had Yulieski Gurriel, this ranks far from the top salary spots among Houston Astros players. This might seem strange especially considering that the current roster does not include two stars who became free agents after the World Series: Carlos Correa and Zack Greinke.

Well yes. Gurriel will have just the seventh highest salary of the Astros by 2022, with the caveat that this could change if the siderales acquire someone with a salary higher than the Cuban. The Sancti Spiritus-born will receive a total of $ 8 million to play for the Dusty Baker-led club next season, which would be the last of his current contract with the Texan team.

That amount is matched by pitchers Jake Odorizzi, who joined the team in 2021, and Hector Neris, Houston’s best piece so far this offseason. Although Gurriel will be the highest paid Cuban among those who play home at Minute Maid Park, beating Aledmys Díaz and Yordan Álvarez, his salary for the next season is far from what those who occupy the top of this ranking will receive.

Without Correa present or what is the same to say that they do not have a shortstop established for that tournament, José Altuve is for now as the highest paid player of the Astros for 2022. The second baseman will collect 29 million dollars, four million more than seasoned pitcher Justin Verlander ($ 25MM).

They are followed by left fielder Michael Brantley ($ 16MM), pitcher Lance McCullers Jr. (just over $ 15MM) and third baseman Alex Bregman (just over $ 12MM). They complete the five highest paid by Houston in 2022. Aside from that quintet, and up to where Gurriel, Neris and Odorizzi are located, there is closer Ryan Pressly, who will pocket 10 million in greenbacks.

Gurriel’s salary appears to be out of step with his contribution on the field of play. Aside from winning the American League batting title, with a .319 average, the islander comes from playing 143 games and hitting 169 hits in total. Add to that 31 doubles, 15 home runs, 81 RBIs, 83 runs scored, 59 walks, just 68 strikeouts, an .846 OPS and, as if that wasn’t enough, a Golden Glove as first baseman.

Unfortunately, Gurriel was late to the major leagues and it is a utopia to think that, at 37 years of age, he could receive a contract that is too big or too juicy in terms of numbers. However, there is no reason to think that you will not be able to add another millions of dollars to your bank account, especially taking into account that even your physical conditions are optimal, something that is evident to the maximum and day by day in the diamond.

NO BELT AND GREINKE: Yuli Gurriel is NOT in the TOP 5 of the highest paid in Houston