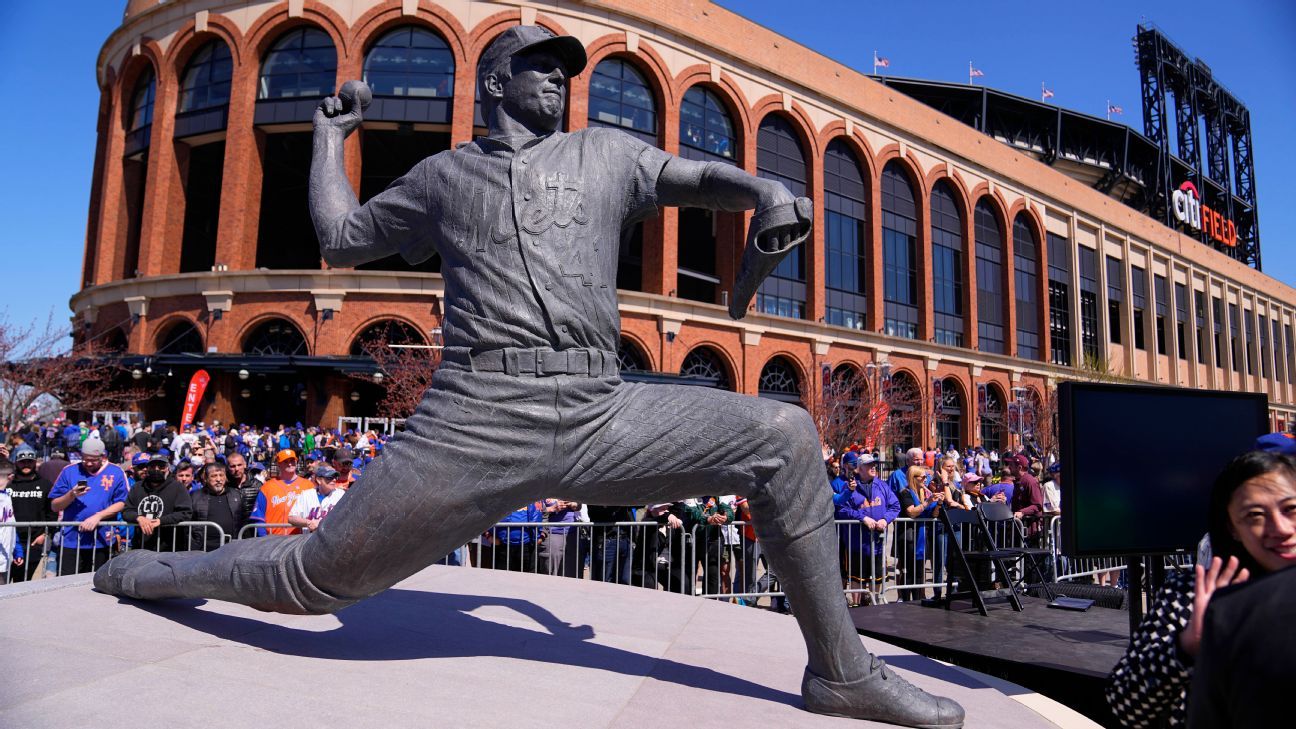 NEW YORK — The New York Mets made sure no one will forget the player nicknamed “The Franchise” by unveiling the long-awaited statue of legendary pitcher Tom Seaver next to the entrance to Citi Field on Friday.

The statue, featuring Seaver’s iconic throwing and handling, stands to the right of the Home Run Apple, is 10 feet tall, 13.5 feet long, and made of 2,000 pounds of bronze and 1,200 pounds of stainless steel, standing on a granite mound.

The statue came in nine separate pieces, weighs 33,600 pounds, and was sculpted by William Behrends.

Seaver was diagnosed with dementia in 2019 and died in 2020 at age 75. Nancy Seaver, who married the Hall of Famer in 1966, unveiled the statue along with her daughters Sarah and Annie.

“Hi Tom, nice to have you where you belong,” he said to a cheering crowd.

“There’s a reason they called it ‘The Franchise,'” Cohen said. “There is no measuring what Tom Seaver meant to this organization. This magnificent statue will be a wonderful daily reminder to Mets fans who come to Citi Field that Tom Seaver will forever be a Mets legend.”

Crowds awaiting the statue ceremony arrived more than an hour before the ceremony, hoping to catch a glimpse of the monument.

“This is a wonderful way to honor Dad’s legacy and celebrate his wonderful years in New York,” said Sarah Seaver, Tom’s oldest daughter. “The Mets have been working on this for years, and seeing William Behrends’ vision come to fruition is so exciting and moving. We’re thrilled to share this with all the fans who supported Dad throughout his career.”

The team had hoped to debut the sculpture in 2021, but the artist asked that the ceremony be postponed to this year due to delays related to the coronavirus pandemic.

The Mets wore a number “41” patch on their home and away jerseys last season as a memento of Seaver, the club’s career leader in wins, ERA and strikeouts.

Seaver won three Cy Young Awards during his 12 seasons with New York and led the Mets to their first World Series championship in 1969.

The Mets retired his number in 1988 and he was inducted into Cooperstown in 1992.