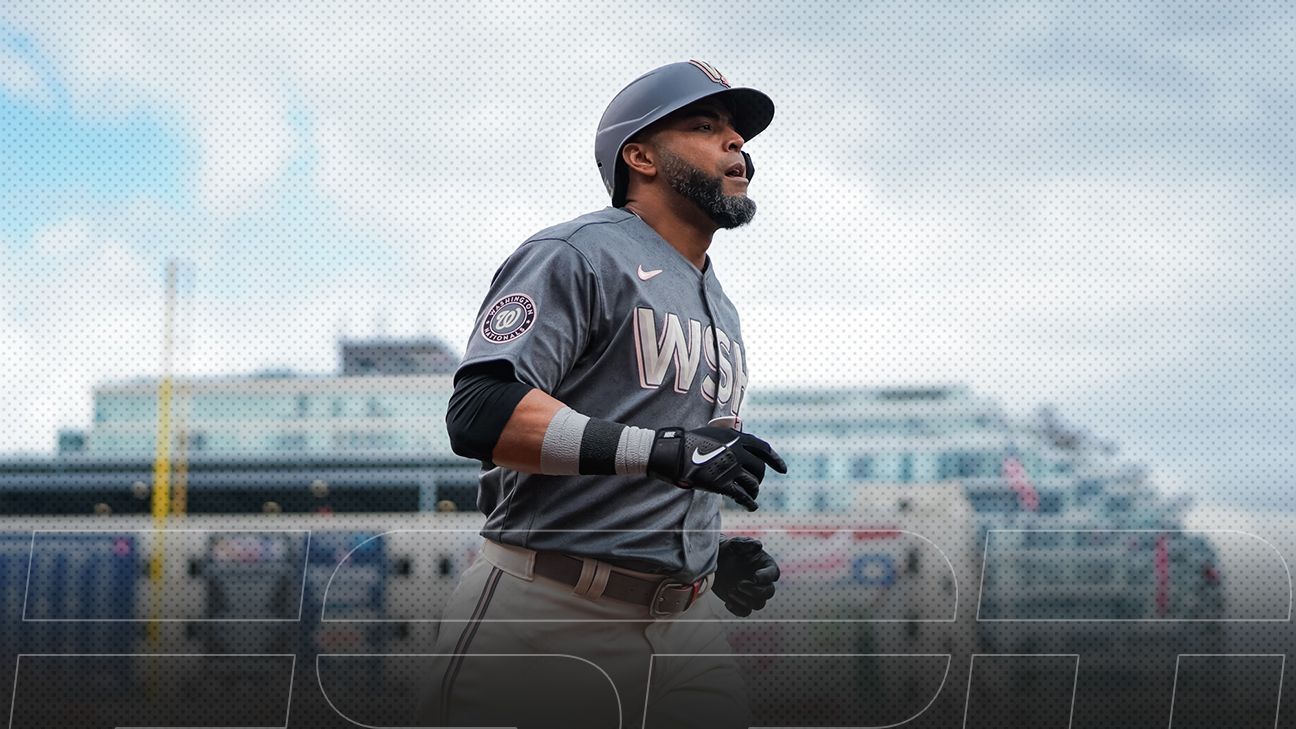 When talking about the great Dominican sluggers in Big leaguesthe names of Alex Rodriguez, Albert Pujols Y Sammy Sosa, the only ones who have connected more than 600 homers, are always mentioned. However, the Caribbean country has five players who have broken the 500 home run mark and although attention is focused on Pujols Whether or not he will reach 700 in this campaign, there is another man who is quite close to the story.

Nelson Cruzdesignated hitter for Washington Nationalsis the active player of MLB which is closest to the mark of the 500 home runs and took his first step toward trying to catch up after hitting his first homer of the year during the season opener, hitting 450 overall, ranking 34th all-time.

With his 450th home run, the 41-year-old player, who is playing his 18th season in the “big top”, broke a tie with two members of the Cooperstown Hall of Fame within the historical list of home runs, Jeff Bagwell Y Vladimir Guerrero. The road to the 500 is littered with other historic names that “Boomstick” will have a chance to top in 2022, if you factor in his historic home run averages.

First of the season and first with the @Nationals #MLBxESPN
pic.twitter.com/REkelsd6CF

Without taking into account the shortened campaign due to COVID-19 (2020) and the season that has just started, since 2014 (the second time that Cross dispatched more than 30 homers in a year) to date, Nelson Cruz he has averaged 39 home runs per year, which in 2022 would put him somewhere in the vicinity of 490 four-base hits to finish the season, health permitting and if the home run frequency of previous years holds (a home run every 15.39 at-bats in 7,753 plate appearances).

If this projection occurs, Nelson Cruz would be located in the 27th position in the history of MLB in home runs hit, just above his countryman and future Hall of Fame, Adrian Beltre. Along the way he would surpass Carl Yastrzemsky (452), Jose Canseo Y Adam Dunn (462), Dave Winfield (465), chipper jones (468), Carlos Delgado (473), Stan Musial Y Willie Stargel (475), as well as the one already mentioned, Adrian Beltre (477).

Currently, among that group of names there are five members of the Cooperstown Hall of Fame.

After those names, the two other players who would be on the way to the 500 home runs from Cross are Fred McGriff and he too Hall of Fame, Lou Gehrigboth with 493 home runs.

In view of this, each home run counts towards Nelson Cruzwho from 2014 to date has been the active player who has connected the most home runs in total, with 293. Without showing any kind of drop in his performance to date and accompanied by a lineup in which he is John Sotoplus the possibility of playing another year with the Nationalsthe question would no longer be if Cross could reach 500 home runs and become the 29th batsman to do it, but when will he do it.