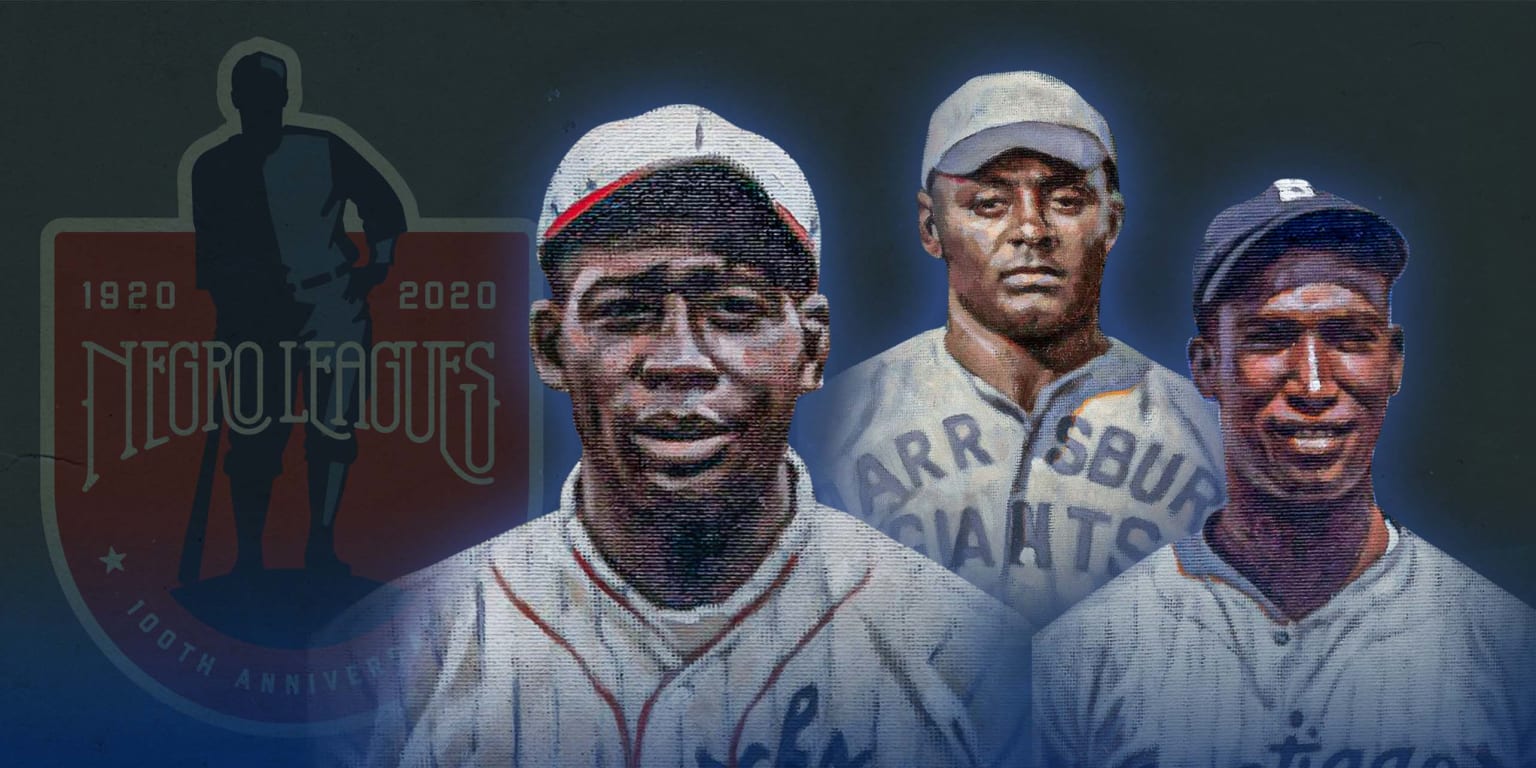 When Eric Chalek heard the news last winter that Major League Baseball had decided to include Negro League stats in the official record, he had mixed feelings.

As someone who has spent much of his free time thinking about the Negro Leagues, Chalek – director of marketing by day and off-hours baseball blogger and analyst – was happy that the 1920-48 Negro Leagues would be recognized as comparable. in quality to the segregated American and National Leagues of that same era. This is a long overdue tribute to those who were limited to the Negro Leagues through no fault of their own.

But Chalek, 46, also knew from countless hours of experience that incorporating Negro League numbers into Major League records is no easy task or simple to explain.

“We’re going to have to do a lot of educating about what these numbers mean,” he thought.

For many years, Chalek has been trying to answer a question that really has no answer:

How would Negro League players have performed in the American and National Leagues if they hadn’t been banned from playing?

Chalek’s results — with the help of other like-minded researchers — should not be taken as baseball gospel. But they do give us a greater appreciation of Negro League colossals like Oscar Charleston, Satchel Paige and Josh Gibson and greater awareness of lesser-known Negro Leaguers.

“It’s important that we recognize these players,” Chalek said. “They were heroes in their communities, and they should be valued and appreciated like other players.”

In the mid-1980s, the godfather of sabermetrics, Bill James, popularized the concept of Major League Equivalence (MLE). MLEs are calculations that attempt to approximate what a non-MLB performance would statistically look like inside MLB.

Back then, for James, the MLE was used to understand minor league numbers, to try to guess how a player’s numbers at the Triple-A level would have translated to the Major League level. But the same calculations can be done for numbers from the NCAA, Japan Pacific League, or other foreign professional leagues.

Sometime during the 2000s, Chalek decided to calculate MLEs for the Negro Leagues.

At the time, he did not grasp the magnitude of the task he had taken on.

“By the time the seventh inning rolled around, a pitcher was basically pitching with a sweet potato,” Chalek joked.

Mathematically, it is impossible to take all of these factors into account. But by first looking at how individual players performed compared to their counterparts in the Negro Leagues and at their local parks, Chalek has been able to create a foundation for translating to MLB numbers.

“It’s like going from the metric system to the English system,” Chalek said. “You calculate the same relative distance from the average in another, and it gives you an idea of ​​the performance. And in reality, what interests us is an estimate.”

Chalek’s equivalences are incomplete and always subject to change as researchers uncover more stats and numbers from that era.

“We’ve only got two-thirds of Satchel Paige’s professional innings,” Chalek said. “We still have no idea of ​​at least 1,000 entries, from his time in the Cuban winter league, in Puerto Rico, boxscores that have not been found. Then we will continue to discover information. My goal is to keep updating everything as long as there is something to update.”

But with the help of several passionate researchers — including Gary Ashwill, Kevin Johnson and Scott Simkus of Seamheads, Larry Lester and the Negro Leagues Committee of the American Baseball Research Society, researcher Kris Gardner, fellow blogger Howard Miller, and the community at the Baseball Think Factory Hall of Merit — Chalek was able to piece together compelling context for the Negro Leagues’ numbers.

Here are some notable takeaways from the Negro Leagues MLEs:

1) Smokey Joe Williams was a top 10 pitcher of all time
Satchel Paige is the most famous pitcher in the history of the Negro Leagues, and the numbers we have from his career are worth celebrating. Chalek’s equivalencies give Paige 95.8 Wins Above Replacement (WAR).

However, Williams is first in WAR among pitchers in the Negro Leagues, with 103.3 WAR on the mound. Using information from Baseball Reference, that WAR mark would rank him 10th among all-time pitchers:

That would knock the legendary Christy Mathewson (100.4) out of the top 10.

That adds perspective to the legendary figure of Smokey Joe, who pitched 26 seasons in the Negro Leagues from 1907 to 1932 and was elected to the Hall of Fame in 1999. Williams faced the likes of Johnson and Alexander in exhibition games and some they indicated that he also threw harder than both. Ty Cobb once said that Williams “would have gotten 30 wins for sure” in the Majors.

2) Oscar Charleston is a separate category Hall of Famer
No other position player had more WAR than Charleston, via Chalek’s pars, with a mark of 98.4. Charleston is renowned among those familiar with the Negro Leagues, and is in the Hall of Fame (immortalized in 1976). But he doesn’t stand out among most baseball fans, as he should.

The late Buck O’Neil, who will be inducted into the Hall of Fame posthumously in July, once said of Charleston: “It was Ty Cobb, Babe Ruth and Tris Speaker all in one.” Charleston, who saw action from 1915 to 1944, was known for his combination of speed, power and contact, with a strong arm and impressive defensive instincts.

These numbers support all of that. Charleston had a projected OPS of 1,180 in the 1924 season, which would have placed him in the top 50 seasons of all time. And if these equivalencies were factored in, the list of all-time WAR leaders would look different with Charleston and three other Negro Leaguers (below in italics) making the top 10:

3) MLB would have had more stars who were pitchers/position players
Angels superstar Shohei Ohtani has often been touted as the first multifaceted figure (pitcher/hitter) since Babe Ruth. But it is not true. The Negro Leagues had plenty of players with that kind of talent, including three Hall of Famers — Bullet Rogan, Martin Dihigo and Leon Day.

“I did this because there really isn’t any solid precedent in MLB for players spending their entire careers as multifaceted,” Chalek explained.

As you can see above, Rogan, as a full-time position player, would have been ranked as one of the best center fielders of all time with a career WAR of 84.3. But as a full-time pitcher, the MLEs gave him a robust 74.3 WAR for his career, which, by comparison, would be slightly better than Tom Glavine’s (73.9).

Exactly how they would have fared in a hybrid role is impossible to know. But they certainly had the talent to try.

4) Heavy Johnson and John Beckwith are names we should know
These were two of the names — neither of whom are in the Hall of Fame — that Chalek cited when asked which player data surprised him the most. And when you take a closer look at the numbers, it’s easy to see why.

Oscar “Heavy” Johnson had a relatively short career in the Negro Leagues, losing most of his prime in military service. But he was a solid, burly outfielder who helped the Kansas City Monarchs win their first league titles in what became a dynasty, and won a hitting Triple Crown in 1923. Chalek’s calculations gave Johnson the equivalent to 74.2 career WAR, which would rank 10th all-time in right field, trailing only Paul Waner (74.2) and slightly better than Reggie Jackson (73.9).

5) Hitters fared better than pitchers in transition to AL/NL
This is an observation not only about these equivalencies, but also about the real-life adjustment for those who moved from one league to another after Jackie Robinson broke the color barrier.

“There are basically four pitchers who went from the Negro Leagues to the Major Leagues who were successful — Connie Johnson, Don Newcombe, Satchel Paige and ‘Toothpick’ Sam Jones,” Chalek said. “The rest of them collapsed. And they collapsed in the minor leagues as well.”

This can be attributed to those differences in conditions with the aforementioned parks and balls. Pitchers in the Negro Leagues could survive on trickery and durability without throwing speed.

“They probably didn’t separate pitchers and hitters in the same way that we think today,” Chalek said. “They took the best athletes and put them in the best positions — shortstop, center field and catcher, than anyone else, with the pitchers above the rest. They weren’t looking for flamethrowers. The players with the greatest athletic ability were already spread out on the diamond.”

This explains why there are only eight pitchers with career WAR marks on Chalek’s equivalencies that would have been high enough to crack the Top 100 of all time — the aforementioned Williams, Paige, Rogan and Dihigo, as well as well as Dick Redding (69.7), Ray Brown (53.9), José Méndez (58.5) and Rube Foster (51.0).

Negro Leagues: Their Stars vs. MLB’s