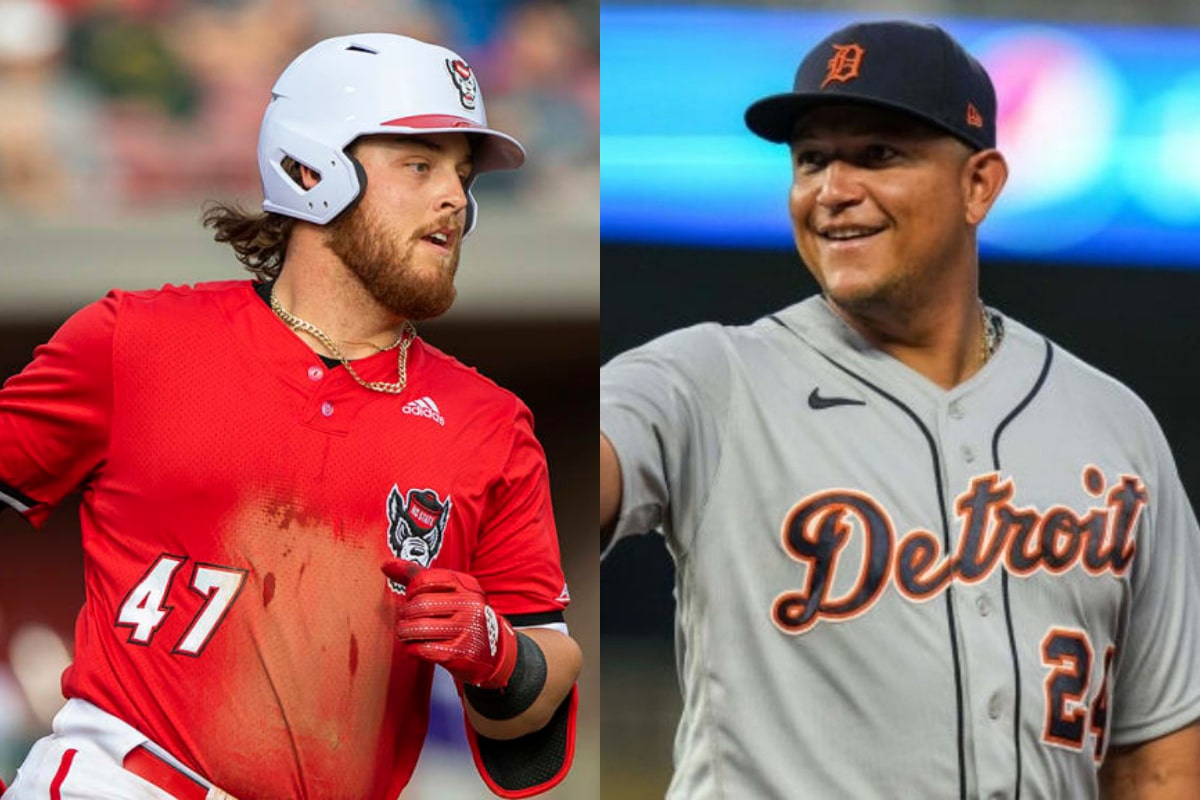 The super prospect of NCAA, Tommy Whitestated that it has example to follow the Venezuelan major league Miguel Cabrera.

Tommy White, who is a college baseball star and a star prospect for what his future on the diamond could be, said that his example to follow is the Venezuelan Miguel Cabrera.

A freshman from North Carolina State University, the No. 107 prospect in the MLB Pipeline rankings for the 2021 draft, White homered three times during his NCAA debut on Feb. 18.

He was named the Atlantic Coast Conference Player of the Week after hitting .643/.688/1.714 that first weekend. With the way White is producing, he could end up having a record-setting campaign for first-year players when the 2022 season ends.

White said that his player to follow is Miguel Cabrera, because of how he performs on the field and that he has tried to imitate him in his short career as a baseball player. White, links his game to that of Cabrera, due to his great power to get the ball out of the park, as well as his ability to hit the ball towards the opposite band and in addition to this his versatility to cover both the first and the second. third pad.

“What’s an athlete you looked up to? “Probably Miguel Cabrera. He was always a hitter and mimicked after. He had a lot of opposite field power, which i try to do in my game. He plays the corners like myself, and he he’s a big dude just that hits a lot of home runs. I’ve looked up to him in my career”

What athlete do you admire? “Probably Miguel Cabrera. He has always been a hitter that he imitated. He had a lot of power in the opposite field, which I try to do in my game. He plays corner like me, and he’s a big guy who hits a lot. I have admired him in my career.

It’s no surprise that Tommy White mimics his game, and opposite field approach, after future Hall of Famer Miguel Cabrera pic.twitter.com/LVVNDqXDE3

With a long ball in each game of @NCStateBaseball‘s doubleheader, the freshman now has 9 jacks in his first 8 games. pic.twitter.com/wg4NCguTOO

NCAA super prospect wants to be like Miguel Cabrera