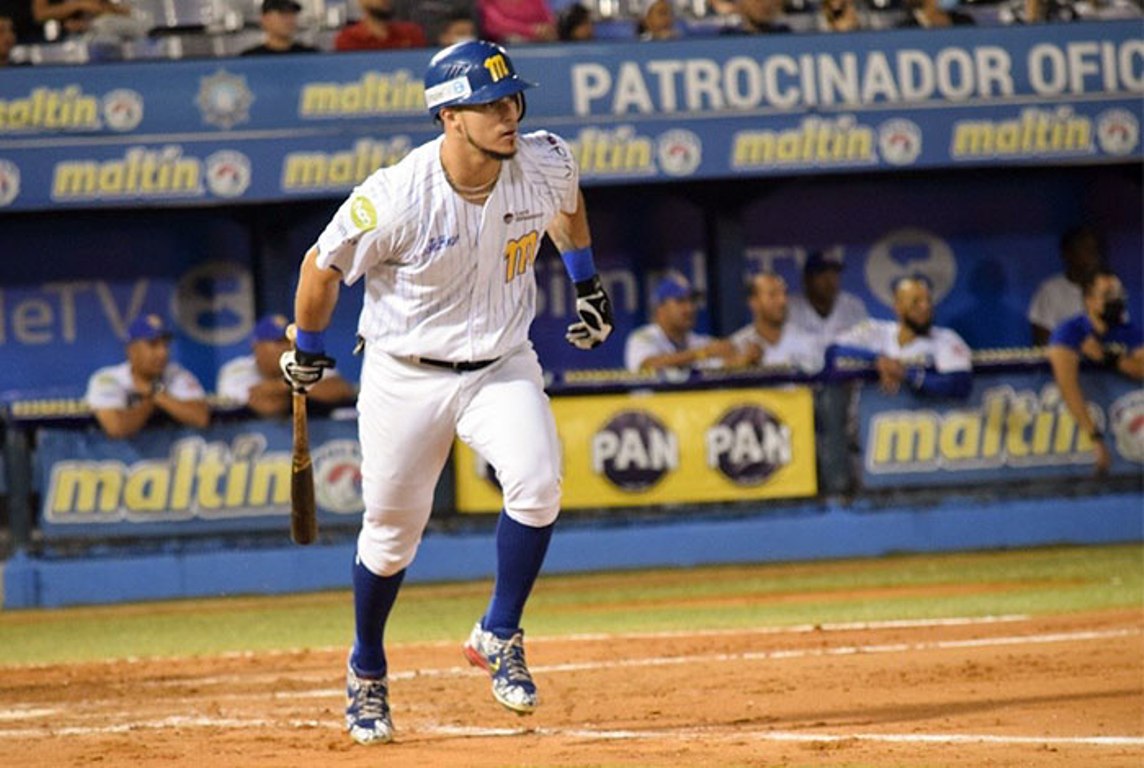 Navegantes del Magallanes had no mercy against Tiburones de La Guaira and achieved a victory of 11-7 in the working day of this Thursday 9 from December.

At the match, the team recorded a total of seven extra-base hits, three home runs, two doubles and the same number of triples. One of the great protagonists of the day was Alberth Martínez, who drove in five races and only one double was missing to complete the cycle.

Junior Guerra (1-4), symbol of resistance of Sharks, succumbed when admitting 10 free entries of dirt and 14 uncatchable in 4.1 entrances.

The final rally against Guerra occurred in the fifth episode, with a five-run lunge. Alberth Martínez made his sixth round of the box in the course, with Pablo Sandoval running in the initial. Gabriel noriega He finally finished the job with a three-touch homer, while Alejandro De Aza and Carlos Pérez were on the cushions.

With the victory, Magellan (25-12) finished regular round with a positive record and left Sharks with no chances (13-25) in the standings.

Thanks to a home run by Víctor Reyes, who scored five runs in the bottom of the seventh inning, Caribes de Anzóategui managed 7-2 win about Tigres de Aragua. After the win, the team improved its record to 18-21 and is two games away from reaching fifth place in the standings.

For now, Tigres de Aragua is in fifth place in the table, with a record of 20-19, just below Bravos de Margarita, which is also in danger of being displaced by the Caribs.

To move up the standings, the Indians will have to finish victorious in a crucial week of the season. So far they have managed to win two of the three games and will face the Águilas del Zulia from Friday to Sunday. The objective is to move up in position and qualify.

In Thursday’s game, Aragua had nine hits against seven by the Caribs, but he also made a costly mistake.

The victory corresponded to Lester Oliveros (2-2), fourth of five pitchers who occupied the Aboriginal trench.

The Lara Cardinals submitted 5-2 to Braves de Margarita in a match that featured the solid performance of American Jackson Stephens.

Stephens (4-3) worked for space of five episodes, in which he allowed six hits and a single run, at the same time that he gave away a walk and struck out half a dozen rivals.

After his departure from the engagement, Máximo Castillo, Mike Broadway and Vicente Campos combined to subdue the island artillery for the remainder of the engagement. After Margarita swooped ahead in the fourth on an RBI single by Dennis Ortega, Lara responded with four lines at the bottom of that chapter.

In the seventh inning, Colombian Dilson Herrera discounted the tally with a sacrifice fly, but once again, the Cardinals’ response was immediate. Veteran Alberto callaspo achieved a fly so that Yordanys Linares scored the fifth and last line of the commitment.

With the victory, the Lara settled in second place in the standings, with balance of 22 won and 16 lost. For their part, Bravos fell for the seventh time in their most recent 10 games and ranks fourth (20-18).

Lions won by a hairline

For the second day in a row, Leones del Caracas once again emerged triumphant from the stadium just by a hairline. In this opportunity the capitalists won 6-5 to the Eagles of Zulia, after they tried to tie at five races in the ninth stage.

For the second day in a row, the triumph was thanks to Wilfredo Tovar, who achieved a single that slipped under the opponent’s glove to enter the forest of the UCV park. Anthony Jiménez, who had hit base with a single, raced through the pads to hit the plate and give the homeowners the victory.

Earlier, Caracas had advanced in the low of the third. Then José Rondón turned the score around, sheltered by a three-run homer across center field in the bottom of the sixth. Tovar joined the homers committee the next inning, rocket to the middle of left field. After the blow of the big league of Caracas, Jefry Valdez got on the mound to keep Zulia at bay until the ninth inning.