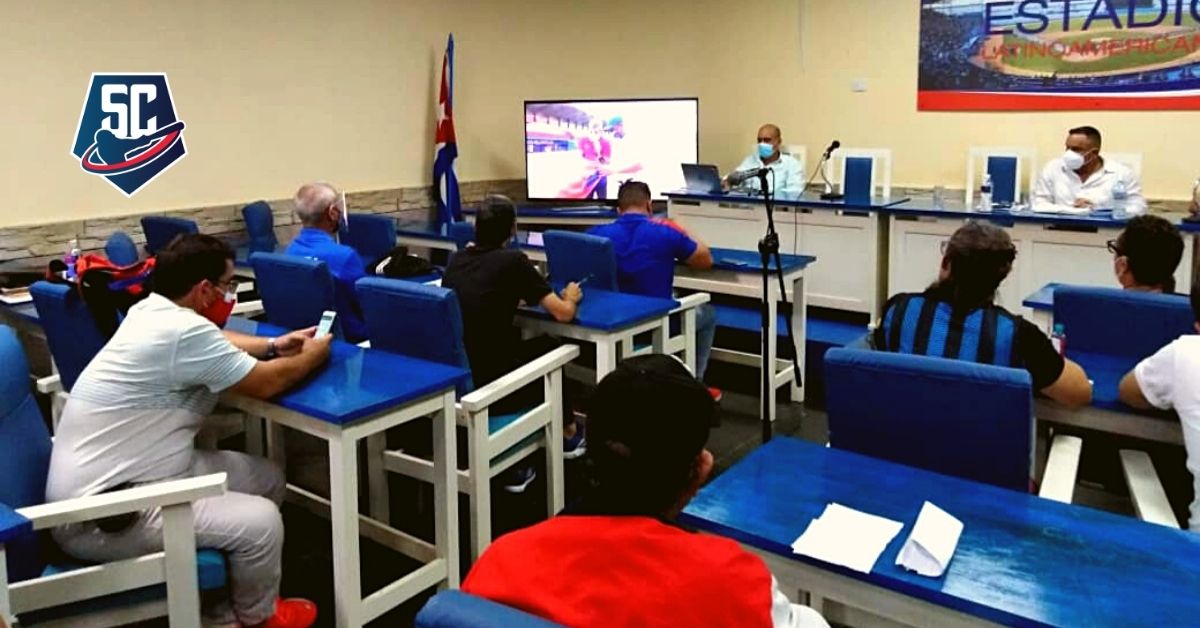 The National Baseball Directorate demands compliance with the regulations within the National Series and that is correct, because in every sports league there is a disciplinary line to follow. The bad thing is when it is this institution or whoever governs them above, who fails to do their part, once again the seriousness of Cuba’s greatest sporting spectacle cracks.

Several colleagues had told me that at Monday’s Press Conference it was said that between Tuesday and Wednesday the sanctions for the incident on Sunday at the 26 de Julio de Artemisa stadium would be announced. Wednesday night arrived and sports commentator Pavel Otero commented at the end of the segment that it was Thursday when it should finally happen. Logically, if he said so, it was because he had received the data directly from the source.

Thursday passed and so did Friday, and the deadlines announced by the Commission have been extended rather than vanishing. Either the investigations have become complicated or they are waiting for the final decision from higher up. It can also perfectly fit that right now they have no idea what the most convenient measures are.

Anyway, even the Commissioner himself looked bad when he reported on the subject on television, and the last word on the unsportsmanlike events in the confrontation between Artemisa and Camagüey remains unknown.

Although I believe that some measure should be taken in the face of what happened in the event in question, my comment is not motivated by any special interest because the undisciplined have just been sanctioned. There were seven in total who were sent off in Sunday’s game.

The issue is that Cuban baseball and sports directors often strive, especially lately, to be too rigorous when it comes to complying with each point of the regulation approved by all before the tournament begins. But it is the DNB itself that is the first to expose its inefficient work and incidentally make the only press that has been allowed official access to the National Series look bad.

A few days ago, neither did they act in accordance with the regulations in a timely manner after Artemisa’s manager was absent from the press conference, something that one of the journalists in the territory publicly complained about. And if we continue poking around, examples will rain down, but I’m not going to expand too much on what isn’t directly related to the core of my comment. Or rather my review.

It may interest you: Grande Kindelán: The “Drum Major” APOLOGIZED to the Cubans

A player can be sanctioned for saying hello to a Facebook page and then having the punishment removed two games earlier because of all the pressure that existed, although according to them it was because the sanctioned themselves recognized their mistake. Not even on something that 99% of people criticized were they able to admit they were wrong. Too much pride perhaps, but also pretending that the fault lies with others to avoid paying all the fines that are involved and in the end losing the driver’s license for Cuban baseball.

It is very certain that popular pressure with the measure to be taken has made them take longer than necessary with Artemis. Above all because of the background with Andrés Hernández and Alexis Varona, and because of the accumulation of expulsions from the championship that was already more than twenty. It is logical that they are under pressure for not knowing what punishment to impose, and to act in the right measure to avoid excesses that cause popular rejection or lukewarm cloths that also have the same effect.

Until then, it is understandable in a certain way, because we are already accustomed to an extremely variable disciplinary code, in which many times they have gone too far when they should not, or fall short when it is necessary to be energetic.

There have been other problems that have been given way, they have looked elsewhere or the sanction has been very light. Of course, when it comes to what has to do with the unofficial media and what players and athletes say, and who they say there, the effectiveness is almost perfect.

What is not justified under any circumstances are false promises. Because journalists give information and beyond losing credibility with their followers, they serve as a bridge to create false expectations and, in a certain way, tell lies. To make matters worse, after the days go by, there is also no solid argument to explain the dilation, so as not to touch the non-existent word apology with journalists and especially fans.

It may interest you: Best Industriales pitcher RESPONDED to critics: “They say I’m handsome, boastful and a clown. I don’t pitch for you.”

Cuban baseball needs those who run it to respect it a little more. And in that respect goes everything without exception: press, ballplayers, referees and fans.

Now they will say that in the regulation there is no section that reflects the duties of the National Commission in this and other aspects, and that, therefore, this unfulfilled promise cannot be sanctioned by law. Nor is there room for criticism in this regard.

Then they don’t want the criticism of those unofficial media to which it is more than clear why they resist giving them access. With the state press there will always be editorial brakes and many of their errors would not come to light, which would expose all those opportunists who live from baseball.

These are things that damage even if it seems silly. But then the answer that comes to those of us who point out all these problems is already known. His only way out or position is not to solve that problem, but rather the attack of those “powerful” or “committed” against those messengers who are only the reflection of a majority thought. If you doubt it, just take a look at the increasingly strong social networks. There is no better mirror, especially in the criteria of those who live the National Series every day in Cuba.

The law should be equal for all. But duty is not synonymous with reality. And we already know that where the captain commands, the soldier will have to lose.

National Commission broke its word again, and it was bad with the press and the fans