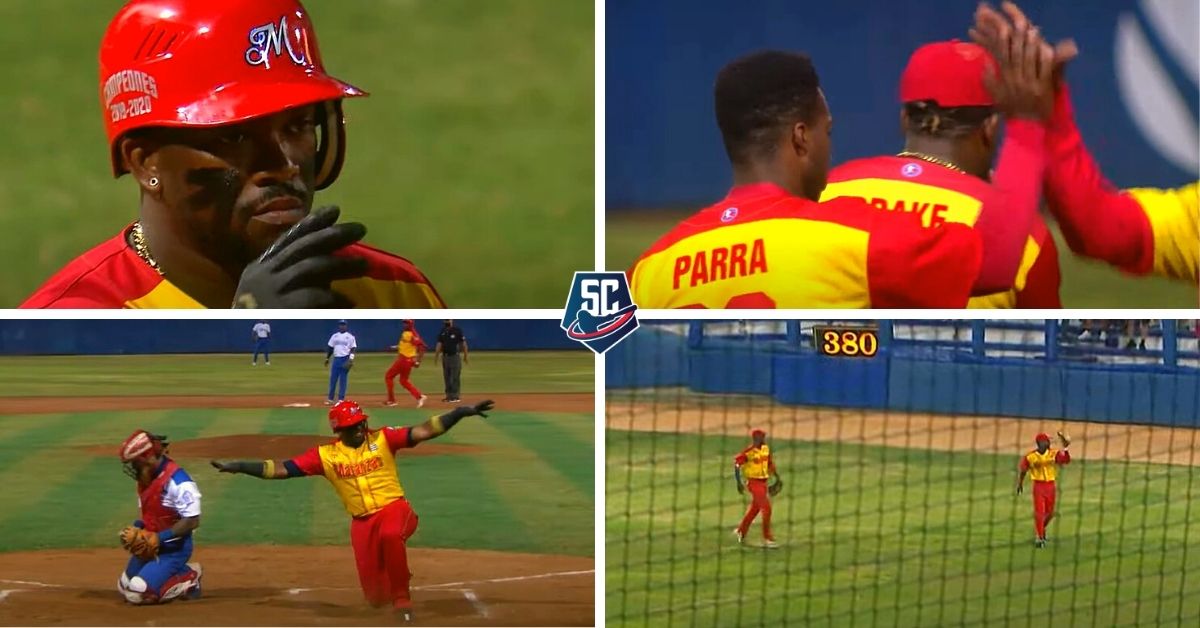 The Crocodiles of Matanzas defeated the Industrialists of Havana 7×5 and matched the particular duel in the land of Lions. The victory went to the account of the lefty Yamichel Pérez. Meanwhile, the setback was scored by Pavel Hernández.

With the aim of seeking the second victory in the sub-series against the Crocodiles of Matanzas, the Industriales of Havana went out to the grass of the Latin American stadium. After Pavel Hernández, starter for the blues, retired the top of the first inning, they reaffirmed their intentions of victory in the match.

Impetuous began the Lions. The bow man, Alberto Calderón, reached the initial with a shot rolled by the shortstop. The center fielder from the capital continued to squeeze speed from him and advanced to second on a slow grounder by Sandy Menocal.

You may also like: BLACKOUTS AND BROWS: Beating in the Latino, Industriales subdued Matanzas

Then, he sneaked into the antechamber by a deflected pitch from the Matanzas pitcher, Yanmichel Pérez. Finally, Yosvani “El Indomable” Peñalver drove in the first race of the clash, with the opposite band uncatchable.

The visitors responded quickly to the early attack of the cats. Yadir Drake, the inspiring spark plug of the team, hit a double at the beginning of the second inning, to wake up the bats from Matanzas. Eduardo Blanco, Julio César González and Roberto Acea continued the party and placed a favorable score of 3×1.

Actions froze until the swamps came back to bite at the height of the fifth episode. On that occasion, the native of Havana, Javier Camero, was in charge of widening the score. Likewise, Carmona’s pupils cut the difference in the conclusion of that inning, product of an RBI single by Sandy Menocal.

In the so-called “lucky inning”, the players of the “City of Bridges” produced again. The first men in the lineup combined for Jefferson Delgado to drive in the fifth score for the Matanzas. The Blues received a zero in that inning, although Oscar Valdés hit a two-angle shot to center field.

It may interest you: Socarrás was a lot for Santiago and he is already the most striking out in Series 61

Eduardo Blanco opened fire in the eighth episode and Julio César González was in charge of towing him, to widen the score and place a four-run difference. Meanwhile, Yosvani Peñalver and Andrés Hernández linked an indisputable and double to the center of the field, to hit the board again.

In addition, at the end of the eighth inning, an unsportsmanlike gesture by Yasiel Santoya, after missing a line to the right wing, decreed his expulsion from the game. Also, Malleta in an attempt to claim the decision was sent to the stands.

The Lions saved the best emotions for last, but the production was not enough. Two races at the close of the meeting caused the explosion of the public present in the stadium. Andrés Hernández, with victory on his wrists, flied out to the right fielder and gave up the 27th out of the game.

MORE EXPULSIONS: Matanzas took revenge on Industriales in the Latino