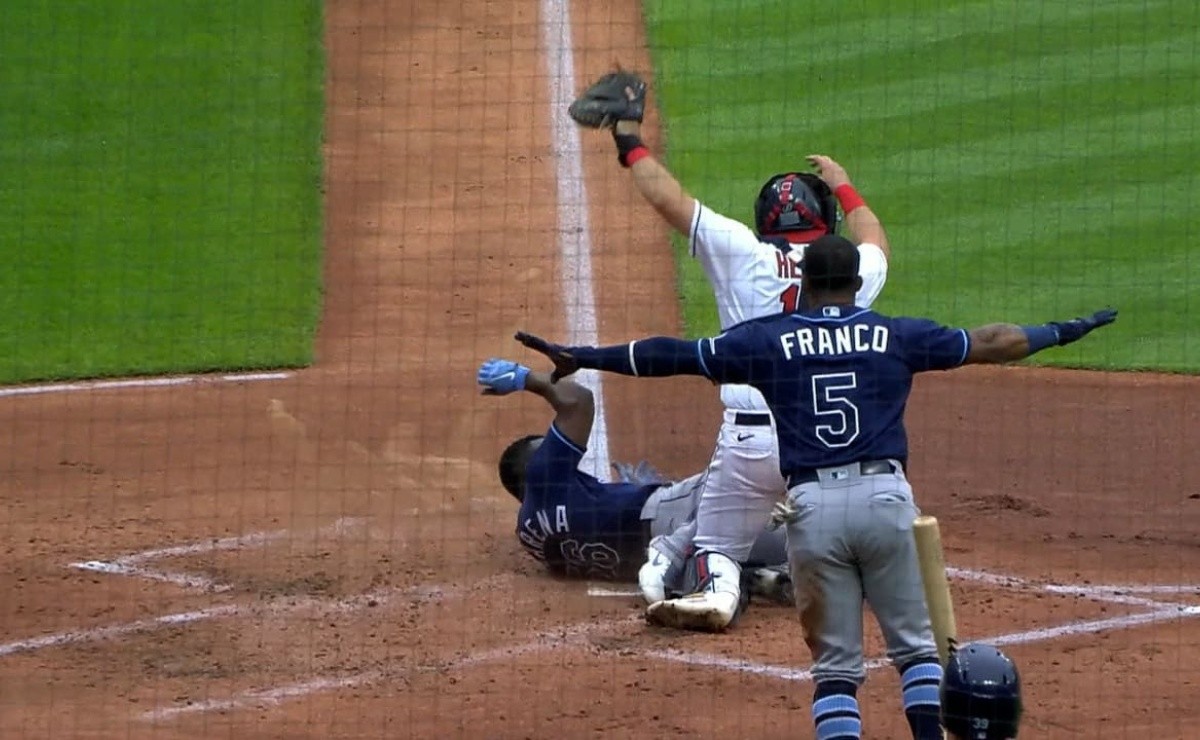 When is a single a home run? The star gardener of the Tampa Bay Rays, Randy Arozarena, you know: thanks to a couple of mistakes by the infielders of the now Cleveland Guardians, achieved a good old-fashioned home run today Friday at Progressive Field in Ohio.

With runners on first and second, one out, and no score in the top of the second inning, Arozarena hit a 98.3 mph groundout down the middle that prevented a lunge attempt from shortstop Amed Rosario, bringing a runner home (Yandy Diaz). Here the video:

Just a simple booster, right? That was what it seemed, until the throw from outfield to third base missed José Ramírez de la Tribu, allowing another Rays to run to the plate (Wander Franco) and Arozarena to reach third.

Trying to make the best of a bad situation, Ramirez ran after the ball and threw it into the pantagon, only for it to drift away from the catcher, Austin Hedges, and bounce to the backstop. Arozarena ran to the rubber, and when pitcher Zach Plesac, backing up on the play, made his own bad shot that hit the infield turf, there was no one left on the bases to score.

It may interest you: MLB Kevin Kiermaier takes a fly off Randy Arozarena and this is what happened

Ramirez was charged with two errors and Cuban Arozarena was credited with a single that resulted in the Rays taking an early 3-0 lead, which literally translates to a “little league home run.”

The play was reminiscent of when Randy Arozarena scored in the ninth on that hit by Brett Phillips in the 2020 World Series against the Los Angeles Dodgers at Globe Life Field, home of the Texas Rangers.