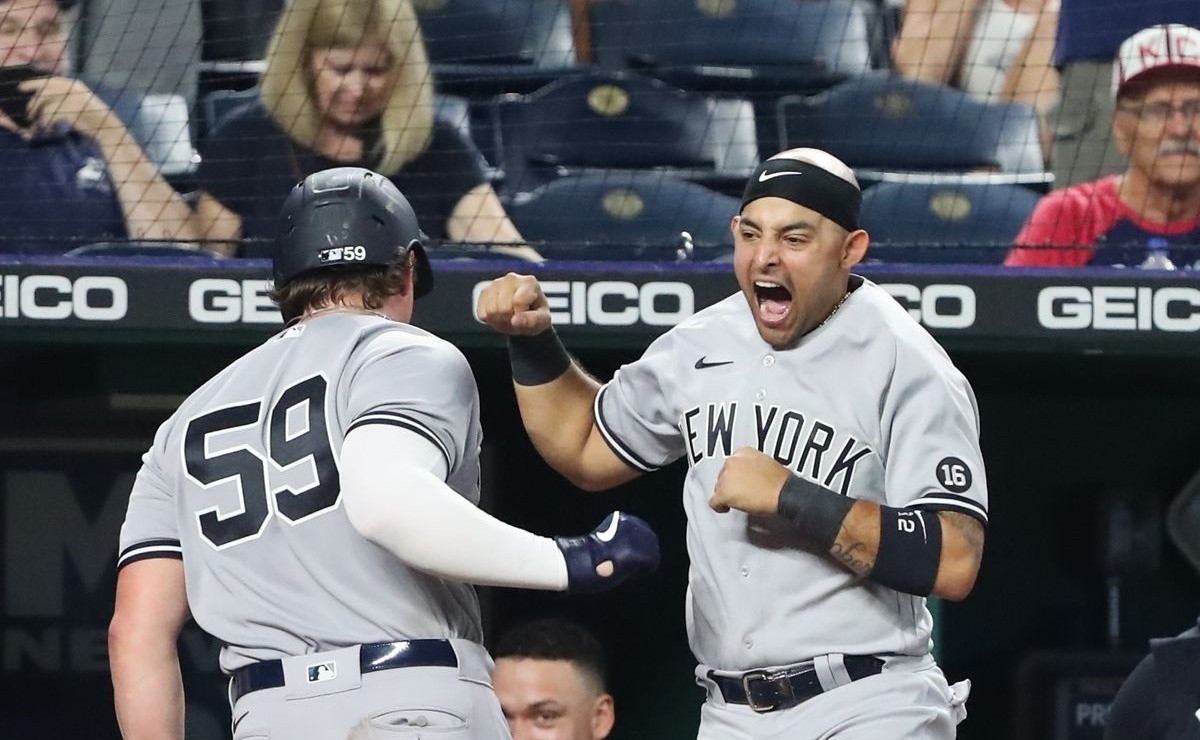 The name of the game for New York Yankees Today Wednesday were the rallies, both their ability to unite them early in the offense and to close them on the mound when the Kansas City Royals they began to do the same, at Kauffman Stadium.

New York hurt Kansas City starter Brady Singer with 10 hits in 3 2/3 innings, scoring five times and keeping up the pressure en route to a 5-2 slate victory at Kauffman Stadium. Series victory was sealed for the Yankees, who are heading out of town to Dyersville, Iowa, where they will play the Chicago White Sox at the Field of Dreams Game on Thursday:

Marked the ninth series win in the last 10 chances for New York (and the twelfth in a row over the Royals), who has proven resilient of late while managing numerous COVID-related injuries and absences.

It may interest you: Aaron Judge gets upset with MLB analyst and puts him in his place on Twitter

And while the team has landed in the win column recently and accomplished a lot of positives Wednesday, manager Aaron Boone is not leaving Show-Me State completely satisfied with his team’s performance. Boone was grateful for the performance, both in terms of this game and the bigger picture.