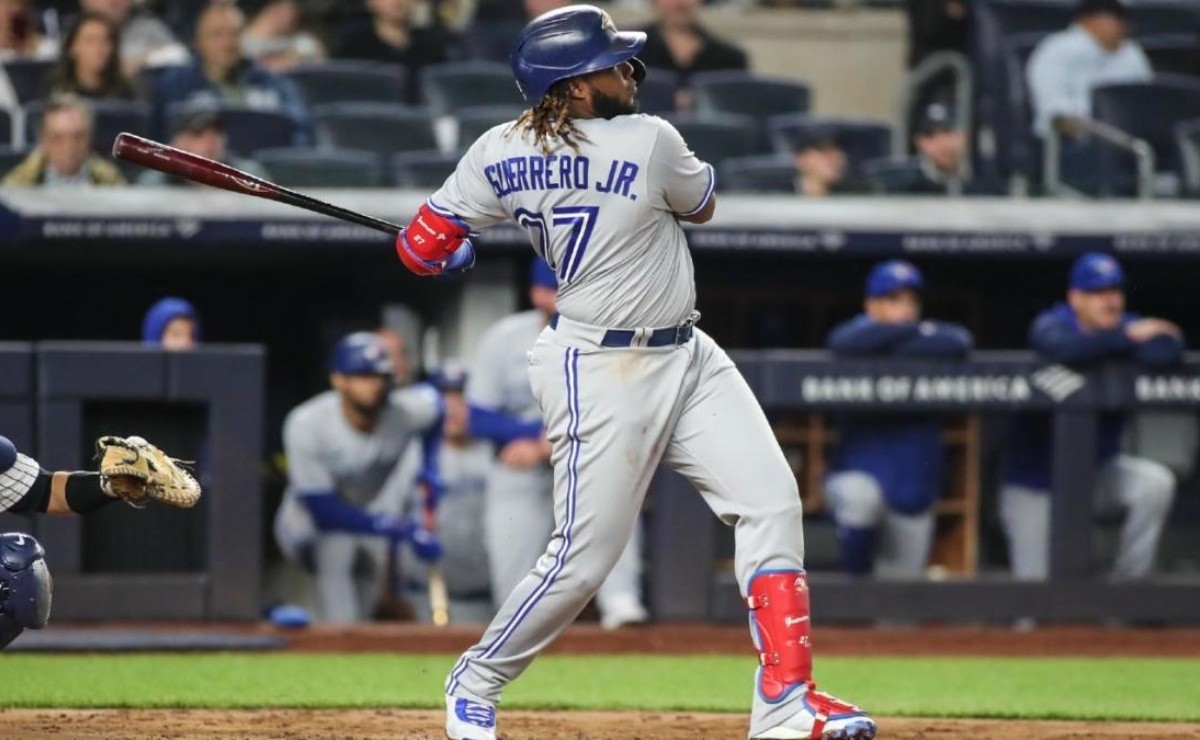 No doubt Vladimir Guerrero Jr.. he is a ‘very hard nut to crack’ and it is not that easy for him to leave a game after an accident. The son of the former player of the same name is not knocked down by anything, showing that he plays with his heart and for the shirt. Overall, the first baseman of The Toronto Blue Jays set an example for many on Wednesday by hitting three home runstwo of them very special.

In the top of the first inning of Game 3 of the series against the New York Yankees at Yankee Stadium he connected the first of them to right-handed ace Gerrit Cole; This hit went all over center field and in fact Aaron Hicks almost stole it, already with two outs on the board:

In the closing of the second set, Hicks himself while running to first base accidentally stomped Guerrero Jr. on his right hand. Vladdy was covering first on a throw, which was bad so he fell to the ground and his hand near the base, at which point Hicks stepped on him.

The Dominican-Canadian bled from one of his fingers, stained his uniform pants and had to go to the dugout to heal with the team’s trainer and doctor, while manager Charlie Montoyo watched very worried, as did the main umpire, Bruce Drekman. :

Guerrero Jr. did not want to leave the game, as the doctor blocked the wound and the bleeding stopped. Then in the top of the third, minutes after the incident, he hit Cole again (now in left-center field), giving the Blue Jays a 3-0 lead with his second HR of the game:

They want more?. Vladdy’s show didn’t end there: in the eighth set he got up to bat against the Nicaraguan Jonathan Loáisiga and put the ball to travel all over left field for his third HR and second after the accident … unbelievable, but true. In short, the score is 6-4 for the Blue Jays in the top of the ninth inning. Vladdy is 4-for-4 (he also has a double) with four RBIs and three runs scored:

You can also read: MLB Vladimir Guerrero Jr. hits the longest and most convincing home run of his career

It was his second career three-home run game and first by a Blue Jays player against the Yankees in all of GL history. Vladdy’s dad is a Hall of Famer, but he’s never had a match for three HRs in his career.

MLB: Vladdy Guerrero Jr. homered, took a puncture in the hand and then returned to homer two more times