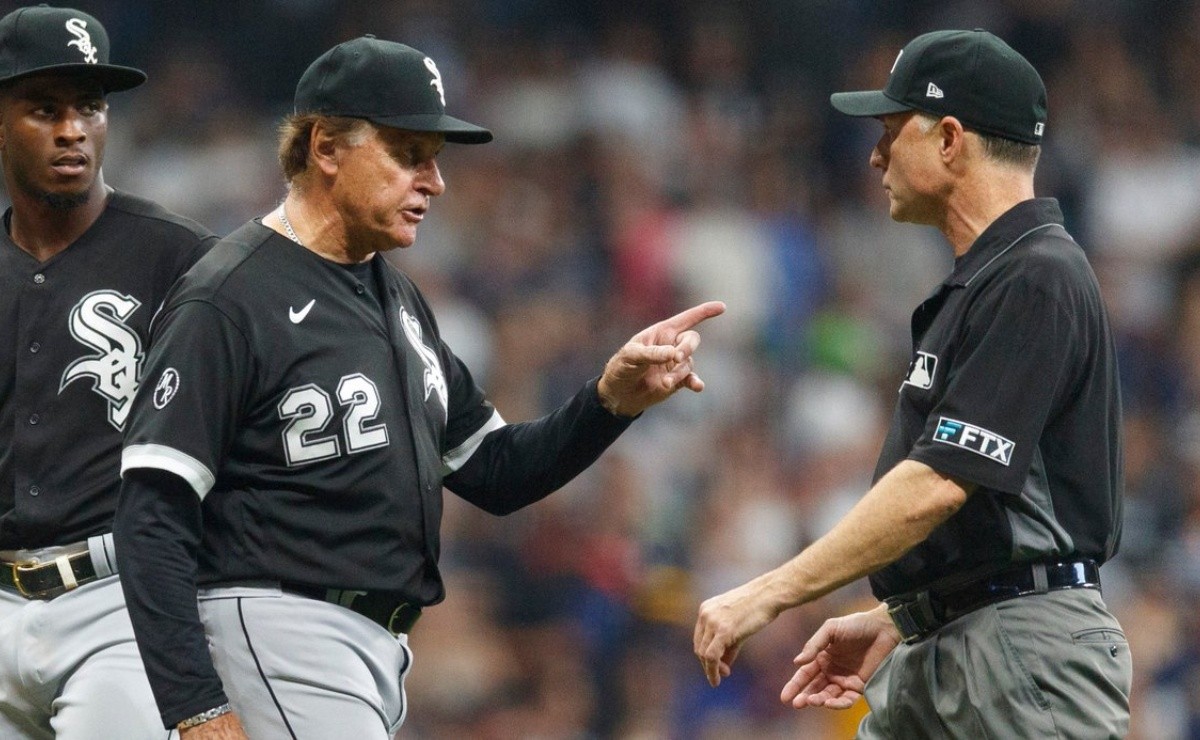 The legendary manager Tony LaRussa He’s seen a thing or two in his life that he’s spent perched on the top echelon of the Major League benches, so you knew what he was talking about as he talked about pitching matchups for the weekend series of the Chicago White Sox vs. Brewers in Milwaukee.

But even he had to be a bit surprised by the way things turned out Friday night when his White Sox fell, 7-1, in the series opener at the Wisconsin American Family Field:

For starters, there was the unusual performance of Lucas Giolito, who allowed six hits, walked five and struck out three batters, but allowed only one run in six innings of work.

Then there was an explosion in the seventh inning that saw relievers Aaron Bummer and Ryan Burr walk two batters each, and Burr paid the price when Brewers center fielder Tyrone Taylor opened the game wide with the first grand slam of his career.

That same inning also included LaRussa’s first ejection since returning to the dugout this season, with shortstop Tim Anderson getting his own early exit half an inning later.

It was that kind of night for LaRussa and the Red Sox, who lost their second straight game and fourth of eight since the All-Star break.

On Friday, LaRussa’s care turned to the batting stance of Milwaukee third baseman Luis Urías, particularly the breadth of his stance, which LaRussa said made some of Burr’s pitches appear higher than they were. they really were, and in turn, led Urías to keep the entrance alive with a four-pitch walk:

When Rowdy Tellez followed up with another walk to make it a 3-0 game, LaRussa had seen enough and made his feelings known to plate umpire John Libka.

Instead, pitching decided the outcome. Specifically, the Brewers’ pitching dominance in Chicago’s offense, which was limited to five hits with just one against Milwaukee starter Freddy Peralta, who struck out five and walked a pair in four innings in his first outing. from the All-Star Game.

The White Sox’s best scoring opportunity of the game came at the most unfortunate moment possible.

They had runners at second and third after a double on an out by Andrew Vaughn and a walk by Leury Garcia put Peralta in a tight spot in the second. After Adam Engel grounded to third, Peralta intentionally walked Zack Collins, filling the bases for Giolito, who had only two previous plate appearances this season: June 22 against the Pirates.

Rather than helping his own cause, Giolito went for strike three and the White Sox wouldn’t put another running back in scoring position until sixth.

It may interest you: MLB Tim Anderson exits with injury to his left leg

His pitching, however, was not. Although it wasn’t the same swing and misses that put him among the AL’s leading strikeouts, and he wasn’t as efficient as the last time he pitched a complete game against Houston, he was able to minimize the damage.