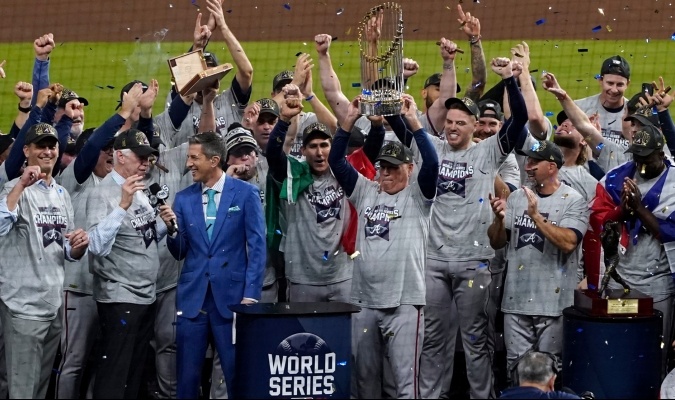 Despite the great uncertainty that existed around the Major Leagues, motivated by the lockout finally resolved this Thursday, the highest level of the ball previously managed to establish a series of changes that will begin to be applied this 2022 season.

The loudest of them goes through the arrival of the designated hitter to the National League, a regulation that culminates a tradition of more than 140 years in which in the Old Circuit, pitchers had to stand at the plate.

Also read: MLB: Owners and Players reached an agreement, how was the voting process?

Although this is not to the liking of many, considering it undermines the strategic game characteristic of the circuit, in the same way it brings a series of benefits, among them, being able to take better care of the pitchers, reducing the chances of suffering injuries, it also creates a new job for many sluggers relegated to the bench who will now have more playing time, not to mention that it can extend the careers of many others.

Another of the modifications that will come into force refers to the suppression of the questioned (also by many) Pan-American Rule. Going forward, the Majors will return to the typical rules for games that require additional innings.

Regarding the latter, also derived from the bullfight on the original opening date, the double-header matches announced for the first series of the tournament will be played to 9 innings.

Also read: MLB and Players reach an agreement, what do they agree on and what is missing?

Another of the changes, in which the group of owners made greater emphasis during the negotiations of the new collective agreement (CBA for its acronym in English), goes through the extension of the postseason.

From 10 teams now it goes to 12 teams that will play once the Elimination Round is over.

MLB: these are the news that the 2022 season will bring