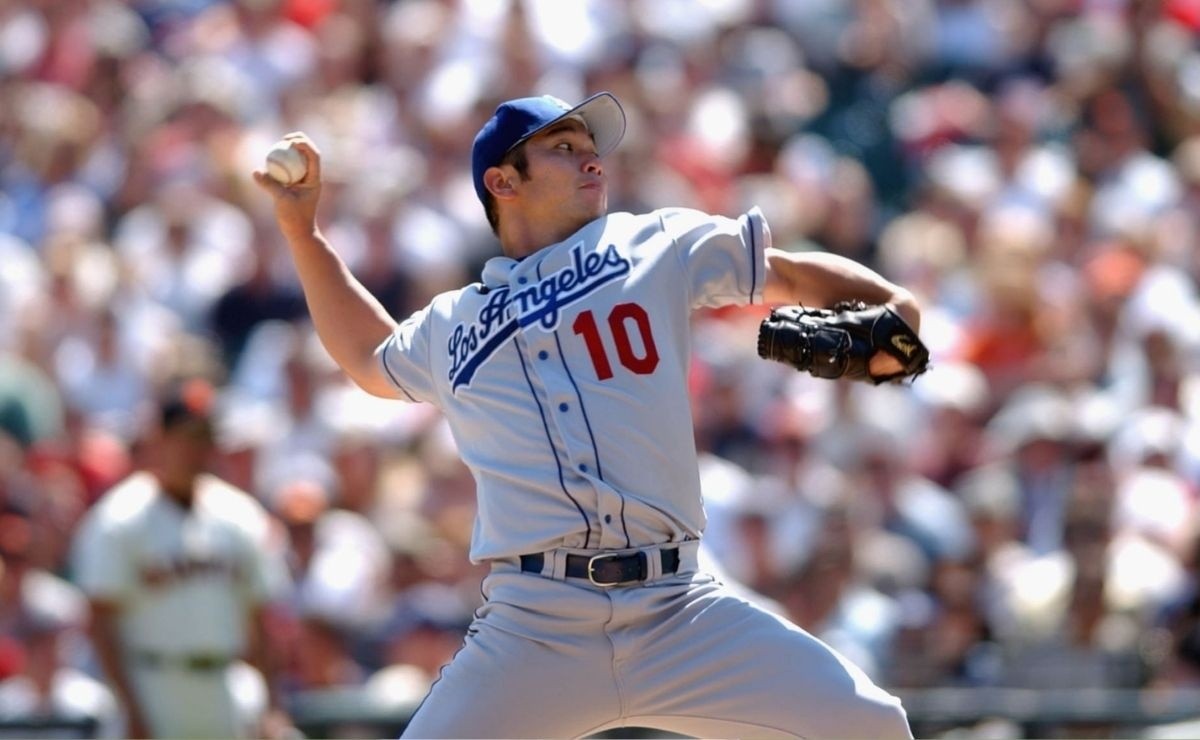 It’s hard to imagine the Big leagues today without the talent and influence of the japanese players. The double track player shōhei ohtaniwho was recognized as the 2021 American League MVP, tops the list, which also includes Yu Darvish, Kenta Maeda, Masahiro TanakaHiroki Kuroda, Hideki Matsuithe great Ichirou Suzuki and many more. But before all of them, there was Hideo Nome.

Twenty-seven years ago this week, MLB was forever changed — in a positive way — when the Dodgers officially announced their deal with Nomo on Feb. 13, 1995. It turned out to be a seismic event. In the previous 29 seasons, no Japanese player had seen action in the Major Leagues. In the 26 seasons since Nomo’s rookie season, in which he was recognized as the National League Rookie of the Year, more than 60 Japanese players have followed his passes, including the stars we already mentioned.

a dream is born

Nomo joined the Kintetsu Buffaloes of the Nippon Professional Baseball (NPB) Pacific League in 1990, at the age of 21, and immediately rose to prominence as he captured the league’s pitching Triple Crown , and was also recognized as Rookie of the Year and Most Valuable Player. In addition, he was awarded the Sawamura Award, which is given to the best pitcher of the NPB season. But even before all that, he dreamed of competing in the Major Leagues.

When Nomo was introduced as a member of the Dodgers, he remembered that desire had started at the 1988 Olympics in Seoul, South Korea, where baseball was a demonstration sport. Japan lost the final game to the USA this year, although Nomo pitched 1.2 scoreless innings in relief.

If he already had the goal of testing himself across the Pacific, the Japan All-Star Series held by MLB after the 1990 season served as further motivation. Nomo pitched in an exhibition game against a visiting squad of major league stars, and the right-hander with the spiral delivery made a big impression.

Taking advantage of a loophole

There was precedent for a Japanese player making the jump to the Major Leagues, for not much.

In 1964-65, a young left-hander named Masanori Murakami pitched in 54 games for San Francisco, 53 in relief, and had some success. His brief appearance in the Majors was a deal between the Nankai (now SoftBank) Hawks of the Pacific League and the Giants, but there was controversy over the terms and Murakama promptly returned to Japan. Later, an agreement between the American and Japanese leagues prevented there from being another Murakami. And so it was for almost 30 years.

Unlike today, there was no system back then that allowed NPB players to try their luck in the Majors. Instead, they were tied to their teams, at least until they reached 10 years of service time. It seemed like an intractable problem, but the confluence of the right people at the right time – and a lot of guts – changed the course of baseball history.

A Tornado in LA

Once Nomo set his sights on the Majors, there was quite a bit of interest. At the time, a report emerged indicating that at least six teams were linked, including the Dodgers, Giants and Mariners.

What cemented the deal was the involvement of the Los Angeles club’s owner at the time, Peter O’Malley. Both sides described the immediate connection that formed between him and Nomo that resulted in the pitcher choosing the Blues, even though he had to settle for a minor league contract (with a $2 million signing bonus).

Nomo impressed again in 1996, finishing fourth in the NL Cy Young voting for the second year in a row and throwing an unforgettable no-hitter on Sept. 17 at Coors Field.

He wasn’t the same after that, possibly feeling the effects of the heavy workload early in his career in Japan. Nomo dealt with injuries, and his production saw a decline. Between June 1998 and December 2001, he went through seven organizations, though he returned to pitch a no-hitter for the Red Sox in 2001.

MLB: The Japanese who opened the door in the Major Leagues for Ichiro, Matsui, Ohtani and more than 60 compatriots