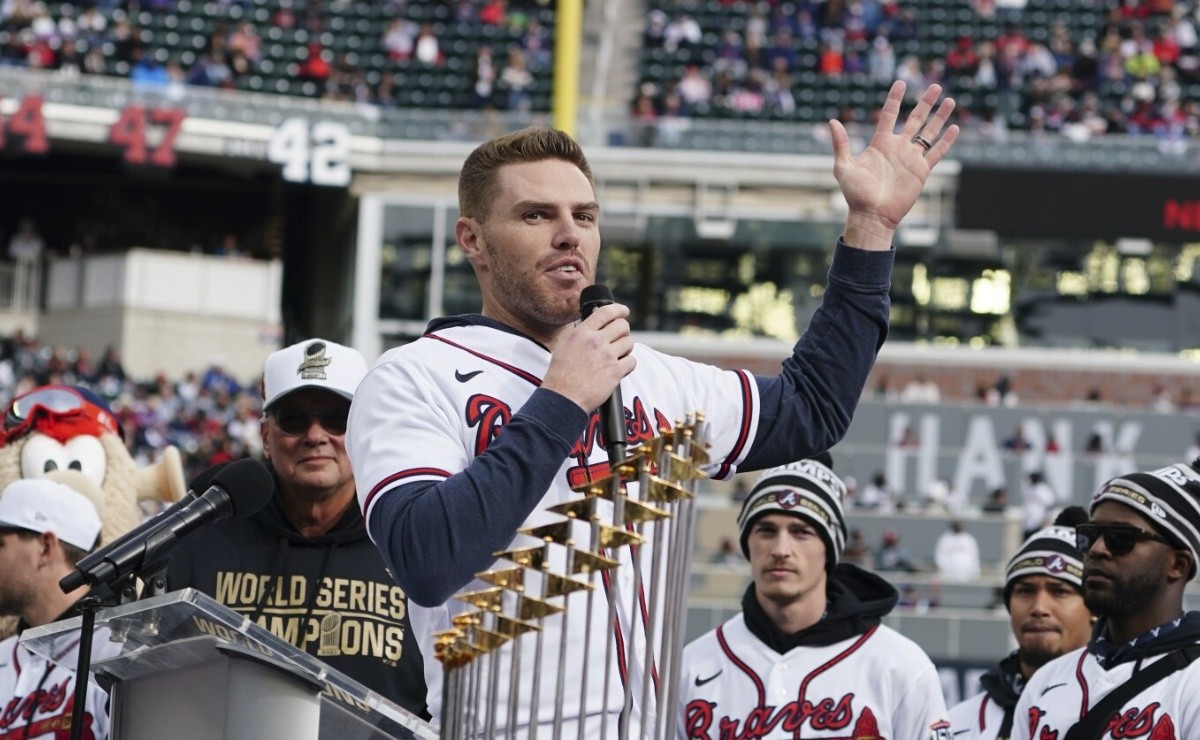 The work stoppage MLB It has left us with the question of where the great free agents still available on the market will play, how is the recent champion World Series with the Atlanta Braves, Freddie Freeman, who at the beginning of the offseason was almost certain to stay with the champions. However, everything has become complicated and his return is less and less likely.

According to reports obtained by ESPN reporter Buster Olney, there is a growing belief in the industry that once the work stoppage is over, Freddie Freeman will not re-sign with the Atlanta Braves, reigniting rumors that “El Hombre Libre” will reach the Los Angeles Dodgers or the New York Yankees, these two teams being his main suitors.

It had previously been reported that Freeman was also upset with Braves management because they had not offered him a contract before the work stoppage was completed, which opened up the first baseman’s chances of signing elsewhere for the season. 2022.

Freeman has spent his entire professional career in Atlanta, signing an 8-year, $135 million contract extension with the Braves in 2014, which expired at the end of the World Series.