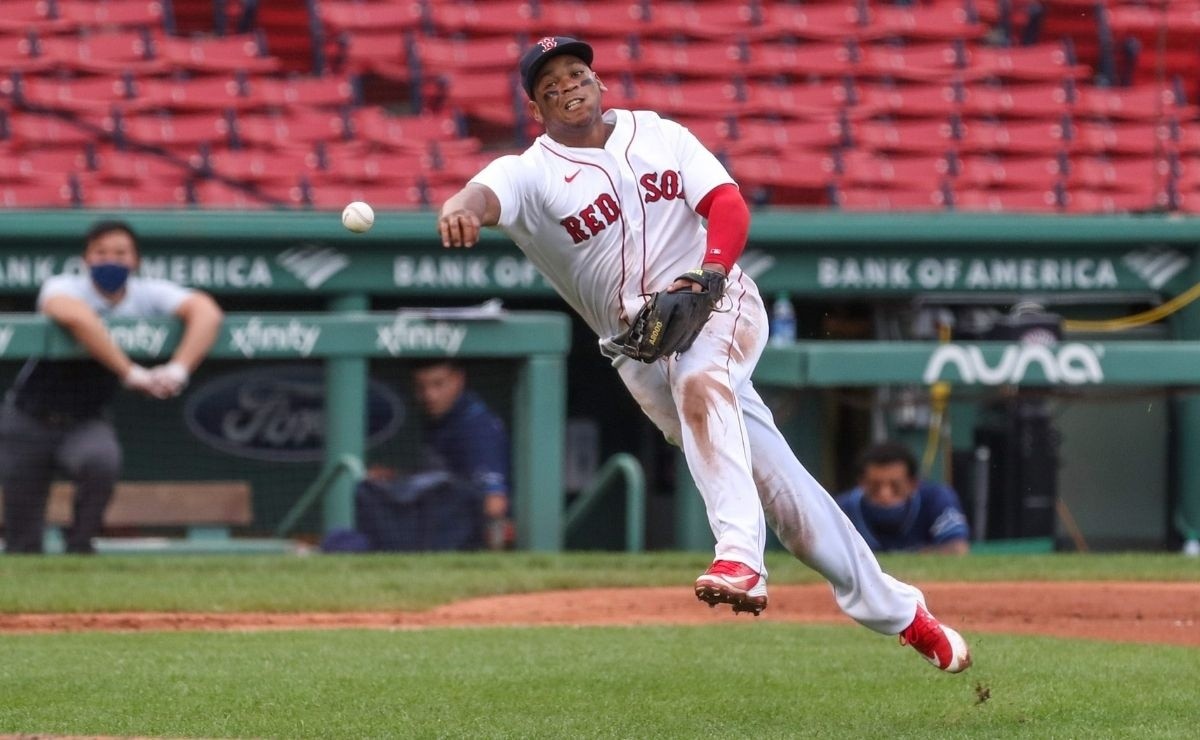 Boston Red Sox It has several pending tasks in terms of ensuring the future permanence of some of its players. One of these is Rafael Devers contract extension, about which it is said that there has been no progress in negotiation during this low season and facing the 2022 campaign of MLB.

Journalist Chris Cotillo announced on Monday, November 29, that the Boston Red Sox and Rafael Devers have failed to make progress in talks about a possible contract extension.

The famed third baseman is set to become a free agent for the MLB 2024 Season and the Red Sox has made no secret that he would like to negotiate a long-term deal, but it has not come.

Rafael Devers will earn $ 10,750,000 during the 2022 campaign and it will be in 2023 when he goes through his third arbitration process if there is no next contract renewal with Boston.

The Dominican had an outstanding 2021 MLB season with the Red Sox on both offense and defense. His work led him to be elected All-Star player in the American League, as well as the Silver Slugger.