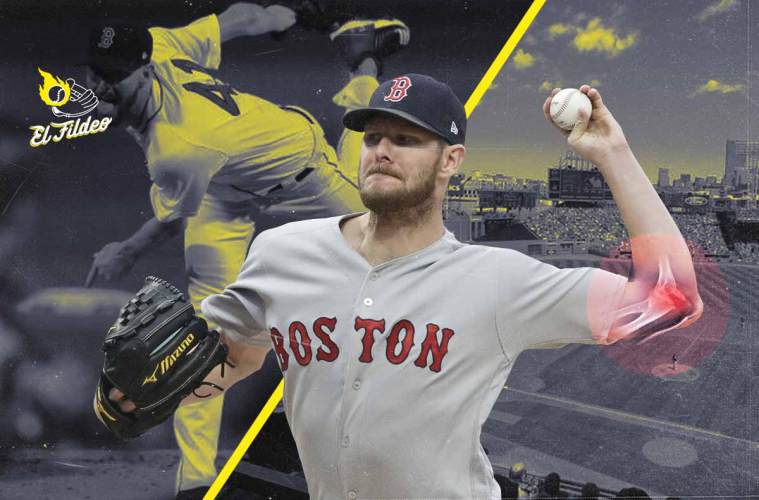 The ranks and fans of the Boston Red Sox They will have the right to dream again on Saturday night. Marking the comeback after Tommy John surgery from the outstanding veteran pitcher, Chris Sale.

The return of Chris Sale to the field of play this Saturday against the Baltimore Orioles, marks an important precedent not only in the career of the pitcher, but, with immediate effect on the course of the season that the Red Sox after here.

Chris Sale He has not been on the mound since August 13, 2019, in the same way an important blow was his undergoing elbow surgery, in this case the famous Tommy John, as a way to repair a rupture in the UCL.

The veteran pitcher had taken important steps in his rehabilitation start this year in the Minor Leagues, as happened on August 7, when in 4.2 innings, he managed to remove eight batters via strikeout, granting three walks and two hits without allowing runs. .

As total rehabilitation time, Chris Sale had five games between levels of Rookie Class, Double A and Triple A, sealing a performance of 20 episodes, where he retired 35 batters by way of strikeout, as opposed to only five walks, giving 17 hits, obtaining an ERA of 1.35 , while a percentage of walks and hits allowed per inning pitched of 1.01.

Having this imminent success after a surgical rehabilitation, the next step was clear his return to the MLB this 2021. Setting an important precedent on the rotation of starters of the Red Sox, a team in which they have used eight total pitchers in a way that came from inconsistencies.

It may be obvious that Chris Sale He won’t be out there on the field in a lot of innings in his first starts, but he does set a great precedent for the organization heading into the postseason. Who also saw a great sign with the debut of Kyle Schwarber in his offensive part last Friday.

The Red Sox They have seen a whole thread of inconsistencies after the All-Star break, a stage where they have only won 12 games and lost another 15, going from first to second place in the East division of the American League. For what is said so much, that with the return of Chris Sale and Schwarber’s debut, the red-legged fans have the right to dream again.