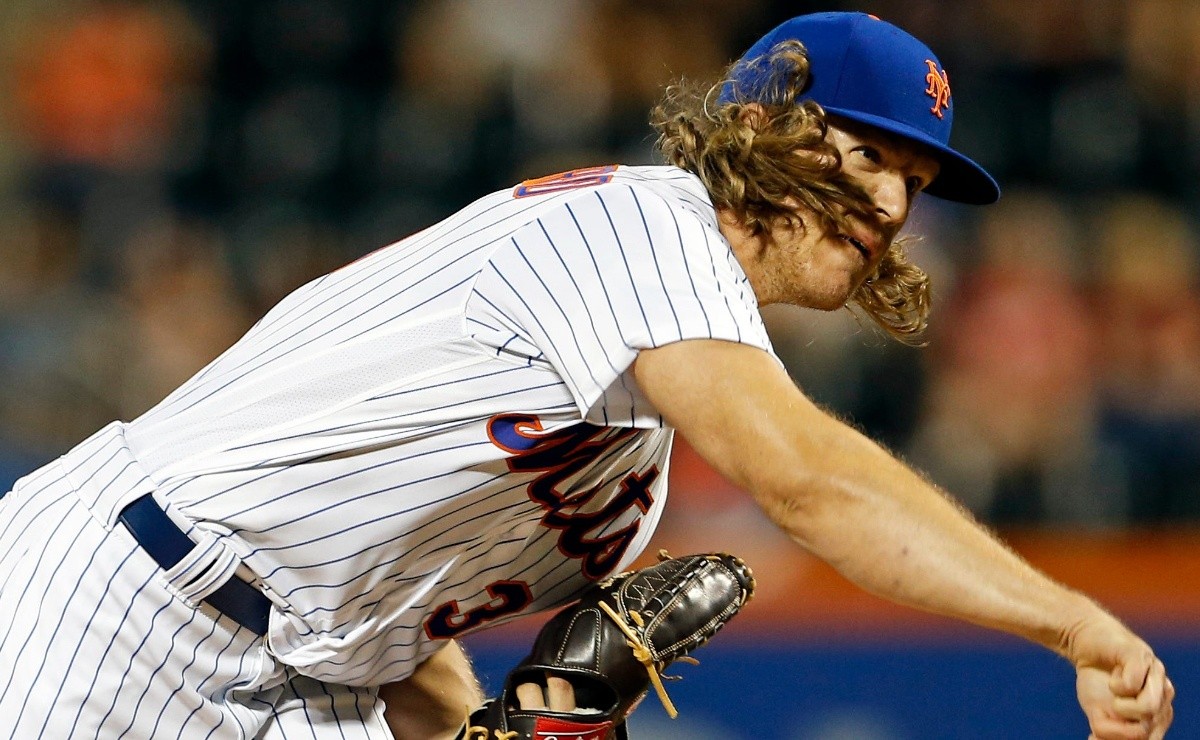 The Los Angeles Angels from Anaheim signed Noah Syndergaard earlier this week, a move that came about due to fiery persecution from the main office. Syndergaard said the Angels they were the first team to contact him after the free agent period opened, and his own interest in Anaheim grew after a three-hour dinner with him Los Angeles General Manager Perry Minasian.

The executive presented detailed plans on various topics, including how the team would handle the right-hander’s innings in 2022, and some mechanical adjustments the Angels were looking to make based on their analysis of the Syndergaard tape, saying:

It was a breath of fresh air to hear that, to know his knowledge of baseball “, He was able to break down some of the failures that I had in the last two years … I trust that what they saw, they can fix it and I will go back to being my old self. “.

There was a lot of preparation at the Minasian end meeting as he said:

In terms of man hours, the amount of work we’ve done, I don’t know if I’ve ever done more on an individual player. “

The Angels had to be sure that Syndergaard made a full recovery after essentially missing two full seasons due to rehab from Tommy John surgery, and their offer also coincided with Syndergaard’s desire to re-enter the market next winter. with what you hope will be a full and healthy season under your belt.

Syndergaard said that while he initially hoped to stay with the Mets, “I haven’t heard much from them in the last two months from the end of the season until now.”

This lack of communication may have been the result of the Mets’ long search for a new bureau chief, and Syndergaard indicated that the constant drama surrounding the team influenced his decision to sign elsewhere:

It may interest you: MLB Angels also target Noah Syndergaard and Marcus Stroman

This is an important year for me. This is a defining moment for me. I didn’t want to bet on that kind of uncertainty that has been happening to them ”,

I am fond of the King of Sports, especially the Boston Red Sox in MLB and in general all of Mexican baseball. This profession has given me the opportunity to cover major events such as the Caribbean Series, LMB All Star, LMP (uninterrupted since 2009), signings of important players. I had the chance to attend the 2013 World Classic in Arizona, USA, albeit as a fan. Apart from this beautiful sport, I love basketball, where I have also narrated games and even an NBA friendly 10 years ago, but I carry baseball in my veins. BA in Communication Sciences from the Autonomous University of Sinaloa (UAS) , from which I graduated in 2011. I was born in Mazatlán, Sinaloa and started in the world of sports journalism in 2004 in the newspaper El Sol de Mazatlán, where I was a baseball columnist and a reporter at the same time. In January 2009 I came to El Debate as a journalist reporter and it was almost six years (in the first stage), until in November 2014 I emigrated to the radio providing my services in Línea Directa-Grupo RSN. My cycle there ended in July 2019 and within days, El Debate gave me another opportunity to work and opened the doors for me again. That is how I came to Al Bat, where I have been since 2019 as a web journalist.