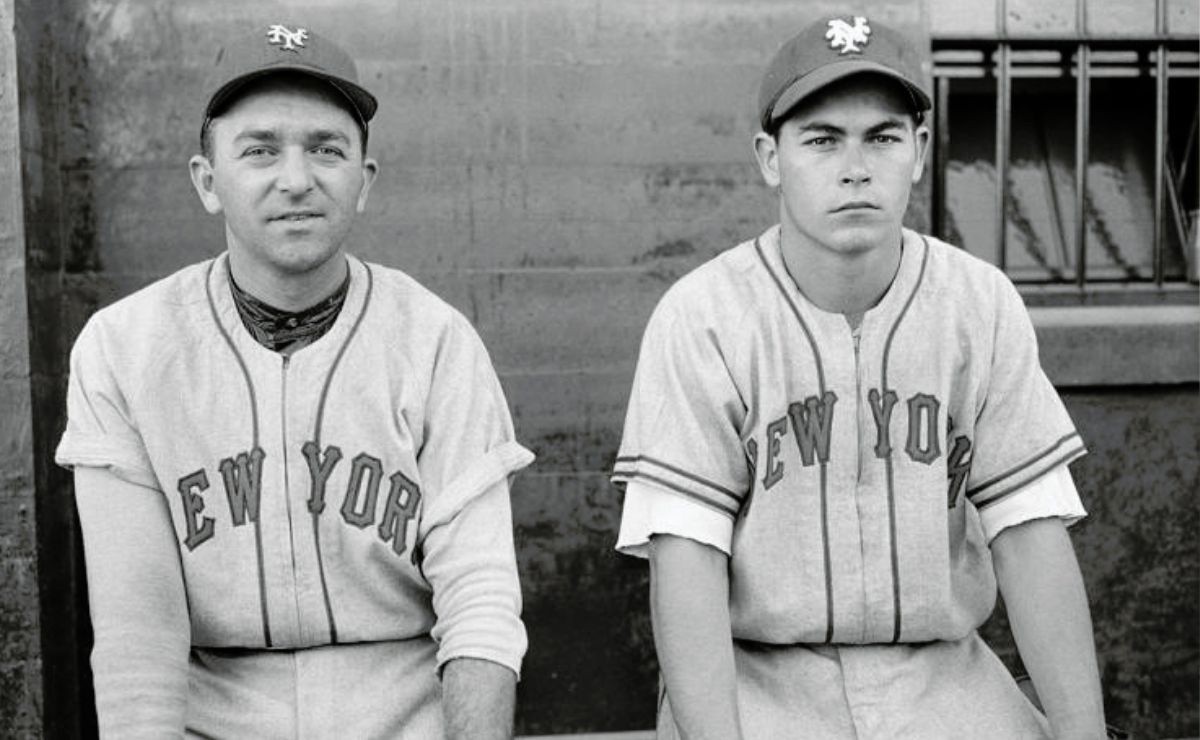 Was nicknamed “Lucky Lohrke” and the tabloid headlines proclaimed it the “luckiest man in the world“But if you asked Jack lohrke, who passed away in 2009 at the age of 85 in San José, California, I would clarify. “I’ll tell you this: no one outside of baseball calls me Lucky Lohrke these days,” he told Sports Illustrated in 1994. “I may have been lucky, but my name is Jack. Jack” Lohrke “. He is considered the luckiest player in the world, because dodged death six times.

Born on February 25, 1924, in Los Angeles, Lohrke was a prominent South Gates High School middle infielder. It earned him his professional debut with the Twin Falls Cowboys in the Pioneer League, where he was named the team’s MVP, and a handful of games with the San Diego Padres of the Pacific Coast League in 1942. But being a robust 18-year-old The Old Man at the time it meant far less on the field of play than it did on the battlefield, and Lohrke was soon on his way to join the war effort. Millions of lives would be lost in the fight, and Lohrke could easily have been one of them.

He was on a transport train in 1943 that crashed, killing three and burning many more. Lohrke, as Robert Weintraub wrote, “emerged without a scratch.” He then went to fight in Europe as a member of the 35th Infantry. He fought in the invasion of Normandy and the Battle of the Bulge. On at least four occasions, the person fighting alongside Lohrke was killed in battle, while Lohrke emerged from the war unscathed.

“I remember asking him about the Normandy landing and he said, ‘We knew we were going to hell. But we just want to get off the damn ship,'” said Jack’s son John, the current general manager of the Alaska Goldpanners. he said in a recent phone call. John was born when Jack had turned 33, something that seems almost impossible when knowing the full story of Jack.

Back in the United States in 1945, Lohrke was ready to fly back to Los Angeles on a military transport plane. This would be his first time on a plane and he was eager for the experience, returning to his hometown from 30,000 feet in the air. But at the last minute, he was ejected from the flight for, as Jack put it, “a big shot.” Within forty-five minutes of flight, the plane crashed, killing everyone on board. Once again, fate had apparently intervened on Lohrke’s behalf.

Back on the baseball field in 1946, Lohrke narrowly avoided the deadliest bus accident in American baseball history. Lohrke was playing for the Spokane Indians that summer and was absolutely crushing the ball. Through 57 games, Lohrke was hitting .345 with 18 doubles when the team boarded the bus for a series against the Bremerton Bluejackets.

However, shortly after the trip began, team owner Sam W. Collins learned that Lohrke had been called back to the Padres. Without cell phones, Collins devised a unique plan to reach the young baseball player: He asked the Washington State Patrol to locate the bus. So when the team stopped by for something to eat a few hours after the walk, Lohrke was told to call the main office.

Lohrke was given two options: He could stay with the team and catch a bus to San Diego once they reached Bremerton, or he could return to Spokane. Lohrke chose the latter, a decision that probably saved his life.

The roads were slippery that night and the road cut through the winding Cascade Mountains. Later that night, the bus driver swerved to miss a car that had crossed the median. The driver lost control of the vehicle, went through a retaining wall and fell into the ravine 300 feet below before bursting into flames. Nine of the 15 players on board died that day.

“When you’re the age I was back then,” Lohrke said, “you don’t have a care in the world. You are playing ball because you want to play, and they give you money to do so. And then … well, sometimes those names come back to me. “

“I mean, who doesn’t escape death in war? So that … I don’t know,” John said as he reflected on his father’s fate. “But then when you go home to Los Angeles and get taken off the flight by some higher rank guy, and that plane crashes and then the Spokane bus? I mean, something’s going on here that’s a little different.” .

Although this was the end of Lohrke’s close calls, he still participated in some notable moments in baseball history. A year later, Lohrke made it to the major leagues with the New York Giants. He hit 11 home runs that season, two of which tied and then broke what was a team’s home run record in a season.

A few years later, he was warming up on the bench in 1951, preparing to step in and replace Bobby Thomson at third base. Fortunately for Giants fans, Lohrke never took the field that day. Moments later, Thomson smashed the Shot Heard ‘Round the World.

He, along with Thomson, came close to being traded earlier that summer: Coach Leo Durocher hoped to transfer Thomson and Lohrke in exchange for Andy Pafko. If you know his history in baseball, then you know how extraordinary this triumvirate was: Pafko ended up being transferred to Brooklyn and was on the left-field wall looking up as Thomson’s home run cleared the fences.

Lohrke’s career never led to stardom, but he still played seven seasons with the Giants and Phillies, hitting 22 home runs along the way. It was a wonderful education for John, as Lohrke used to drive him to the clubhouse before Giants games while Jack talked to old friends.

But Jack didn’t talk much, nor did he enjoy his dark brush with fame.

“You have all the tragic things that obviously gave him his nickname that he never enjoyed,” John said. “My dad was like a lot of guys who fought in the war and saw all the horror and came back and didn’t talk much about it. Like a lot of the Great Generation era boys, they were men of few words.”

Jack summed up that thought process in a 1990 interview: “Having been in combat, what’s going to surprise you?” Lohrke said. “I am a fatalist. I believe in the old song, that all that will be, will be. “