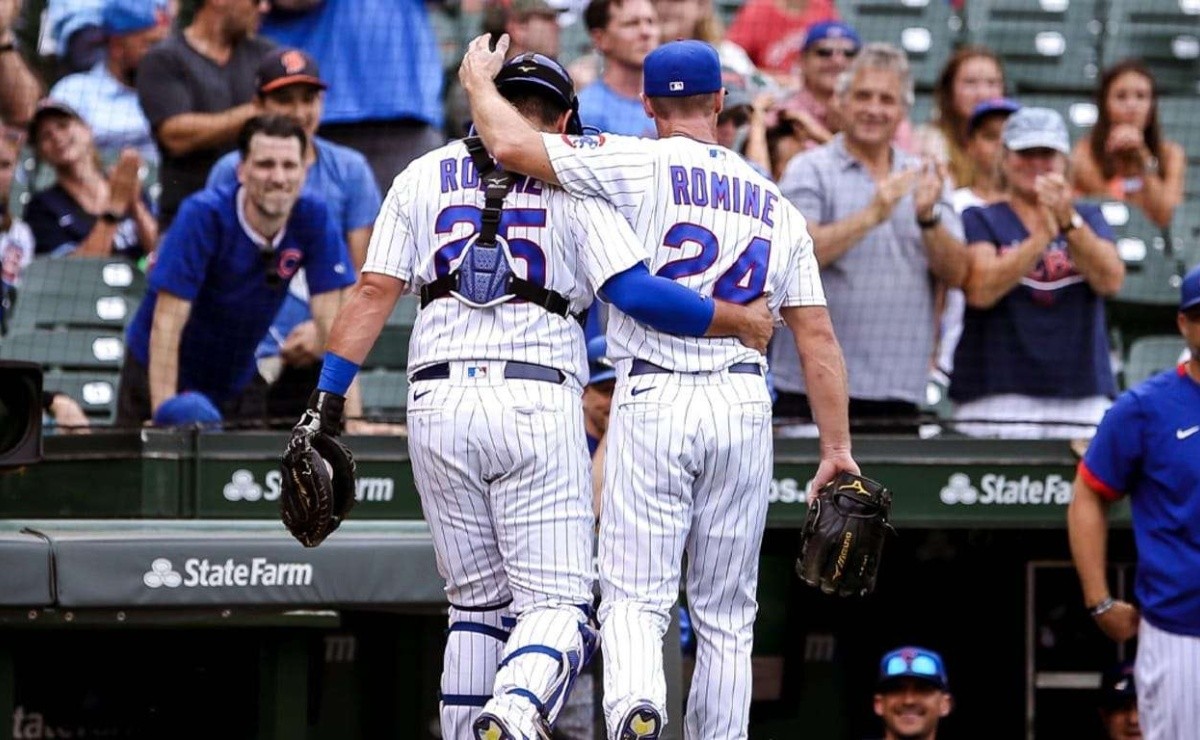 The versatile Andrew Romine He walked off the mound at Wrigley Field with a smile on his face in the top of the ninth inning Thursday. Came up to his brother Austin and put his left arm around his younger brother’s shoulders.

In the final frame of a difficult day for the Chicago Cubs, the Romine brothers managed to provide a memorable moment in a 17-4 loss to the Milwaukee Brewers. For the first time in more than six decades, a pair of big league brothers were drummers:

With the game out of control, Cubs manager David Ross asked Andrew Romine, 35, an infielder by trade, to take the mound. The youngest Romine, who had just pinch-hit in the eighth, was told to put on his catching gear.

Andrew and Austin combined for one inning, ending things with a strikeout to Jackie Bradley Jr. Once Andrew got on the mound, the Romines made some history:

• According to Elias Sports Bureau, they became the first brothers to form a battery since Larry (pitcher) and Norm (catcher) Sherry for the 1960-62 Dodgers. They were last associated on June 28, 1962 against the Mets.

• According to Cubs historian Ed Hartig, they became the first brothers to appear in the same game at the same time for the Cubs since Hal and Danny Breeden on June 4, 1971, against the Braves.

• According to Hartig, the last brothers to play the same game with the Cubs were the Reuschels (Rick and Paul), who did so on May 30, 1978, against the Expos.

The Romines ‘next goal will be to appear in the Cubs’ starting lineup at the same time. Once they do, they will be the first brothers to start in the same game for the franchise since Kid and Lew Camp on May 8, 1894, against Cleveland (according to Hartig).

During Andrew Romine’s inning, he mixed up some knuckle balls and threw a few other throws with the aim of finishing things as quickly as possible. He allowed two hits, including a home run for Mexican Luis Urías, among the five batters faced.

Combined, the Romines have played more than 1,000 major league games and more than 2,500 professional games between seven organizations. The only time they played on the same team was for the Arizona Fall League All-Stars in 2010.

Catcher Austin Romine signed with the Cubs during the offseason to be the backup catcher, but injuries sidelined him for most of the season. He was activated from the disabled list on Thursday. Andrew joined the group on a minor league contract and emerged after a series of Trade Deadline moves sold out Chicago’s roster.

Andrew Romine said this was the first time he had thrown his brother at him since their days as high school students in California. Was he a good pitcher back then?