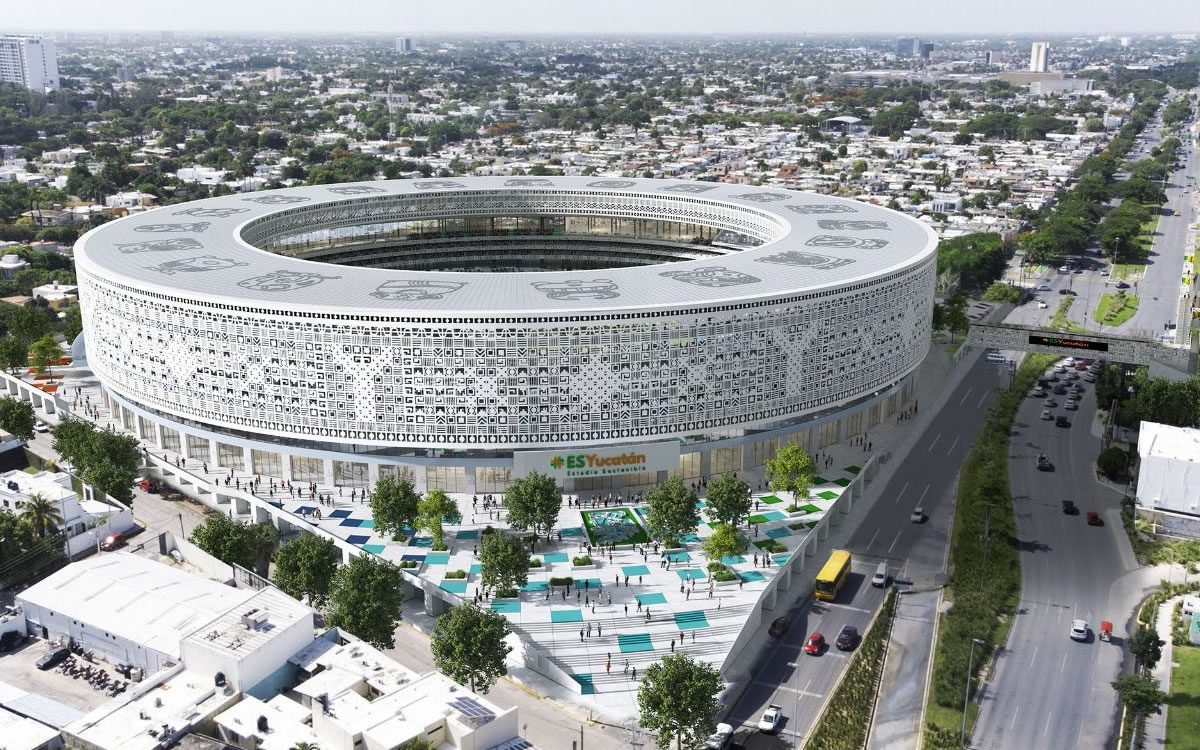 For the first quarter of 2022, the construction of the Yucatan Sustainable Stadium, a property that will have an investment of 2 thousand 400 million pesos, and that has among its list of multiple purposes, bring inaugural games year after year of teams of the Big leagues.

César Esparza, partner of the company Juegos de Pelota Inc, the main promoter of the project, pointed out that one of the biggest bets of this project is make MLB opening games in Mexico a tradition, attracting games from teams suffering from cold weather at the start of the season.

“The theme of Major League Baseball is interesting because MLB has two conditions that allow us to have the objective of bringing games to the sustainable stadium of Yucatán. One is that it has a season of 81 games at home, that is, they have game inventories that can lead to other places, “he said in an interview for Mediotiempo.

“The other advantage that Yucatan has is the climate, is one of the most favorable factors to bring parties. The MLB season starts in late March and early April, and in those opening games in the first weeks in the north-central part of the United States it is very cold, Minnesota, Detroit, and they have empty stadiums at the start of the season”.

He even commented that have already had talks and discussions with the MLB to present this proposal, which he said will be combined with the tourist offer of Yucatan and the southeast region of the country, which is one of the favorites of international tourists.

“We have been in discussions with both MLB and the teams and for them the proposal is that the first three or six games, for example, Detroit, instead of being played in their empty stadium, take them to a beautiful place already a spectacular stadium. It’s a vision that makes sense to the Major Leagues, to the teams, and to us. The idea is to bring it year after year and make it a tradition. May the Major League Baseball season begin in Mexico, begin in Yucatán and begin in Mérida”, He detailed.

Speaking of the investment and the economic sustainability of the stadium, Esparza said that the idea is that it be a building that is not only used every weekend. For that the property will have a hotel with 300 rooms160 of them overlooking the field, in addition to an office area and another for exhibitions.

“To be economically sustainable, it cannot be a building like the ones we know, which are used 80 hours a year. The stadium of the future will be a building used every day, which has a series of services to generate its own income. The estimated investment amount is around 2,400 million pesos”He added.

He said that another of the benefits of the stadium will be reflected in the entity’s taxes, since the sports infrastructure is related to the lodging tax, which will positively impact the entity with better services from the governments.

“The stadiums are tourist infrastructure, the lodging tax that is charged is a tax that is related to the sports infrastructure. For example, in Las Vegas a new stadium was inaugurated for the NFL and that stadium has projections of the impact on tourism and on the lodging tax that it positively generates for the city. A stadium can be a positive driver for taxes that can be transformed into services, schools, security, etc. ”, he said.