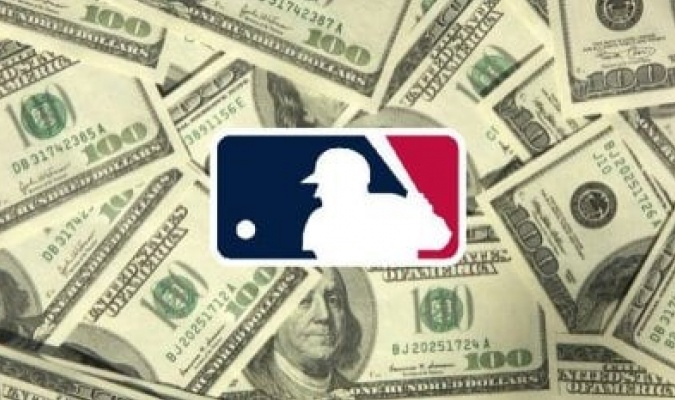 Much frustration and uncertainty has generated the current lockout in the Major Leagues, to date there are 82 days of stalemate between the MLB and the Players Association (MLBPA for its acronym in English). But why has this situation come about?

According to the portal dodgerblue.comEarnings at the best baseball in the world have risen every season except 2020 due to the pandemic, setting a record $10.7 billion in 2019, according to Forbes.

Also read: Led by Tony Clark, the players say they are present at the negotiations

Until now it is unclear how much revenue was generated after the 2021 season, as the clubs keep this financial information secret as much as possible.

But, ignoring this last detail, it can be deduced why the current dispute between both parties is critical, each one wants a larger portion of the immense cake of income generated by the Major League industry.

This presumption is made stronger because despite rising amounts of revenue for teams, players have seen less of that money each season since the last collective bargaining agreement (CBA), agreed to before the 2017 season. , with payrolls falling nearly 5% from their previous high in 2017, according to Ronald Blum of the Associated Press.

Additionally, payrolls are down 4.6% from their all-time high of just under $4.25 billion in 2017, the first year of the recently expired CBA, according to information sent to clubs by the commissioner’s office and obtained by The Associated. Press on December 27.

Spending on major league players hasn’t been this low since a total of $3.9 billion in 2015.

To level this situation, one of the key points, demanded by the MLBPA, is to guarantee better compensation for the players, the union’s executive director, Tony Clark, said at the time.

Regardless of what happens in today’s meeting, the news is that MLB and MLBPA have been in the same place since 1 pm and (so far) there are no injuries.
A sign that talking is the first condition to reach an agreement, on any subject.

Similarly, the MLBPA hopes to resolve by helping players get paid properly earlier in their career, as opposed to the current system that caps earnings until they have six years of experience and can hit free agency.

That said, the game is stuck between the aspirations of one party compared to the proposal made by the other.

As players negotiate a larger share of the revenue they earn, Commissioner Rob Manfred has called the MLBPA’s proposals “collectively the most extreme set of proposals in its history,” while MLBPA chief negotiator Bruce Meyer argued that the unreasonable proposals have come from the side of the League.

In other words, they do not find a middle ground on how to share the profits.

Major League Baseball, what are your types of income?

The television goes that generates money for the MLB.

Also read: Ronald Acuña Jr. and his chances as a designated hitter in the Atlanta Braves

With the Turner Sports network alone, 3.2 billion dollars are insured for the next seven years, this after signing a contract in June 2020. The agreement includes the broadcasts of regular season, postseason and World Series games.

A very similar treatment is had with ESPN and Fox. On the other hand, due to the television rights license, the Major Leagues will average 1,840 million dollars from 2022, profits obtained from contracts with national media.

On the other hand, there is the sponsorship, where Nike is the largest investor with the 10-year agreement, which came into force in 2020, in exchange for 1,000 million dollars.

This section also includes Amazon Web Services, MasterCard Inc, Bank of America Corp, Apple, among others. Let’s not also forget that some stadiums bear his name as a sponsorship of some brand, such as the Astros’ Minute Maid Park (170 million agreement for 27 years), the Mets’ Citi Field (400 million for 20 years), or the Target Field ($125 million over 25 years).

It would be necessary to mention the income generated by ticket sales, as well as drinks and meals in the stadiums.

MLB How much money does the major baseball industry generate annually?