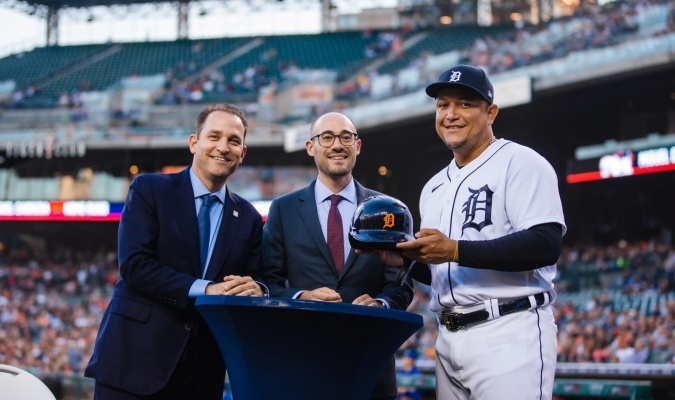 Baseball utensils are part of the dynamics of the King of Sports, seen of course from the perspective of analysis and historical assessment mixed with feelings of a fan, an admirer.

In this case, the Major League Hall of Fame is prepared for the moment of glory that will involve the arrival of Miguel Cabrera to the magical figure of 3,000 hits; that is a number of absolute importance, because of the 22,609 men who have played at the highest level of the ball (according to Baseball Reference records), only 32 of them have achieved that figure, or what is the same, only 0.14% have given that number of hits.

Already in the Temple of the Immortals is the helmet used by the emblematic number 24 at the time of dispatching his home run 500; now, what object, utensil used by Mr. Miggy will reach that sacred precinct of the sport of bats, gloves and balls?

In statements offered to the portal mlb.com, Erik Strohl, Vice President of Exhibitions and Collections of the Major League Baseball Hall of Fame, explained the work process involved in collecting these implements, silent and front-row witnesses of history in motion:

“We have a group of curators and other staff members that meet once a month … we meet just before the start of the regular season and start creating that list (of possible immediate achievements). We look at what kind of feat could be close to being accomplished and other kinds of special events that we want to collect items from.”

Also read: Joey Votto reveals that he is a fan of Miguel Cabrera

For his part, Jon Shestakofsky, vice president of communications and education for the Hall of Fame, specified that this document is like the basis on which they work towards the season:

“Not only does it list the moments and milestones we’re looking for during the upcoming campaign, but we also try to come to a conclusion about what kind of artifacts we’d be looking to collect for each of those milestones,” he said.

“It’s interesting. With Miguel Cabrera, it started from last year when we started preparing for the 500th home run (…) Knowing where he was on other lists, we were well aware that 3,000 hits would not be far away. So, we’ve been seeing that in combination. We already received the helmet that he wore when he hit the 500th home run in September, and that dictated what we’re doing for the 3,000th hit request,” Shestakofsky said.

All this puts us in a different and broader context, the importance of the figure that the boy from Maracay is looking for; At the time of transcribing these lines, there are 4 uncatchables that separate him from the 3,000, that is, this Wednesday he could catch up with another baseball immortal, the Carolina Comet, Roberto Clemente.

With information from mlb.com