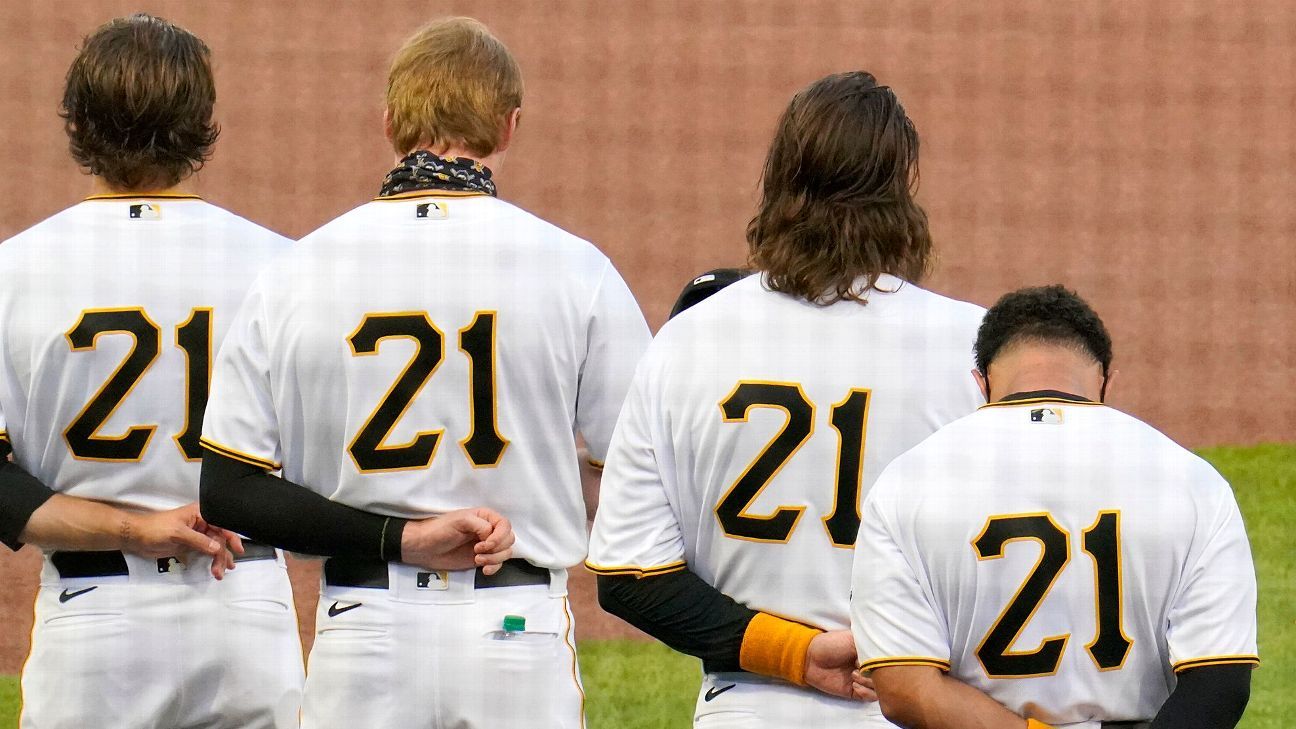 All Puerto Rican Major League Baseball players will once again be allowed to wear Roberto Clemente number 21 during the commemoration of Roberto Clemente’s 20th Day on Wednesday, September 15th. But this time they will be able to honor Clemente by wearing the number 21 in front of the fans.

During the shortened 2020 season, when teams played in empty stadiums in accordance with health and safety protocols for the coronavirus pandemic, MLB allowed Puerto Rican players to wear the number 21 for the first time. That was after the Clemente family sent a letter informing Puerto Rican players that it authorized the use of the number 21 during Roberto Clemente Day.

Last year was also the first time that the Pittsburgh Pirates, the team for which Immortal Clemente played his entire stellar career, honored the life and legacy of “The Great One.” [“El Grande”] with each team member wearing Roberto’s “21” on their uniforms.

Any player, regardless of heritage or place of birth, will also be allowed to request to wear the number 21 on Roberto Clemente Day, provided the team receives sufficient notice to make the necessary arrangements to create the uniform by September 15.

The star catcher of the St. Louis Cardinals, Yadier MolinaThe 39-year-old, the longest-running active Puerto Rican baseball player in the majors, called being able to wear the number 21 last year as “an extraordinary honor” and “a source of great pride.”

“For all Latinos who have played in the Major Leagues and faced so many obstacles, difficulties and challenges, Clemente is the source of inspiration we need to move forward and make our dreams come true and be a role model for others,” said Molina to ESPN. “Hopefully this day continues to perpetuate the great legacy of the number 21.”

Former Blue Jays, Marlins and Mets slugger Carlos Delgado was the last Puerto Rican-born player to wear No. 21 for most of his career. Since Clemente’s passing, no Pirates player had worn the number 21 on the field until last season.

Clemente, born in Puerto Rico, was the first Latin American player inducted into the Hall of Fame, and was a revered figure for his achievements on and off the field of play. Among his numerous accolades as a player, Clemente was named 15 times to the All-Star Game, won 12 Gold Gloves, became a member of the 3,000-hitting club, was a four-time batting champion, as well as being named the National League MVP. and the World Series.

Clemente was killed in a plane crash on New Year’s Eve 1972, while accompanying a plane with supplies departing from San Juan, Puerto Rico, in an attempt to bring humanitarian aid to people affected by a devastating earthquake in Nicaragua. Just months after his death, Clemente became the second player in Major League Baseball history who was waived the mandatory five-year waiting period to be inducted into the Hall of Fame.

On Opening Day of the current 2021 season, active Major League Baseball teams featured 18 Puerto Rican-born players, the second-highest total since having 20 in 2011.

There are three managers with Puerto Rican roots in the Major Leagues, Alex Cora of the Boston Red Sox, Charlie Montoyo of the Toronto Blue Jays and Dave Martinez of the Washington Nationals.

MLB describes the Roberto Clemente Award as “the most prestigious individual honor for Major League Baseball players,” presented to players who represent baseball with their “extraordinary character, community involvement, philanthropy, and positive contributions, both on and off the field of baseball. play”.

The 30 nominees for the 2021 Roberto Clemente Award will be revealed by MLB on Tuesday. In the list are Trey mancini of the Baltimore Orioles, Jason heyward of the Chicago Cubs, Joey votto of the Cincinnati Reds, the Venezuelans Miguel Cabrera of the Detroit Tigers and Salvador Pérez of the Kansas City Royals, Mike trout of the Los Angeles Angels, the Dominican Nelson Cruz of the Tampa Bay Rays, and Pete alonso of the New York Mets.