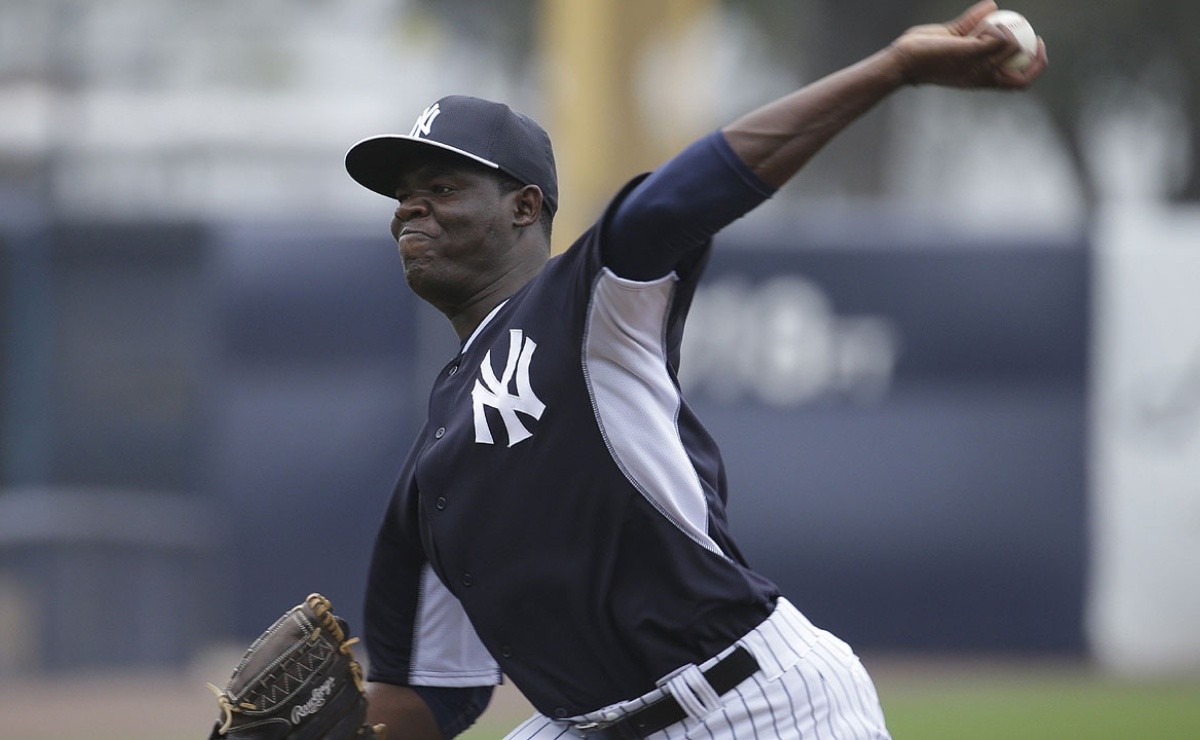 The left handed pitcher José De Paula, native of the Dominican Republicwas originally signed by the San Diego Padres in 2006making his affiliate debut in rookie baseball when he was 19 years old in 2007.

De Paula, now 33 years old and 6-foot-5, climbed the Padres’ farm system and made it as high as Double-A before being claimed off waivers by the San Francisco Giants after the 2013 season:

In 2014, he logged 51 1/3 Triple-A innings with a 4.21 ERA with the Giants. The The New York Yankees signed him to a split contract for the 2015 season.which allowed De Paula to make his MLB debut that season, this after eight years in the Minor Leagues.

He appeared in only one Major League game with NYY, pitching 3 1/3 innings, allowing two hits (one home run), two strikeouts and four walks, but only one run, this June 21 vs Detroit Tigers, at Yankee Stadium.

He also pitched 27 2/3 innings at Triple-A that year with a 5.20 ERA. Total, that relay against the felines was debut and farewell not only with the Yankees but in his MLB career, because he did not return.

In fact, on his first pitch at GL, recently retired Andrew Romine hit a HR to left field. This was his ‘welcome’ and at the same time ‘baptized’ in the so-called best baseball in the world:

It may interest you: CPBL CTBC Brothers from Taiwan gives a two-year extension to their pitcher twice in a row MVP and he is Dominican

De Paula spent the next several years pitching in the Dominican Winter League and the Mexican League (2016-2019), largely producing solid but unspectacular results. Heading to Taiwan for the 2020 season allowed him to completely reinvent himself. In two years he is 32-13 with a 2.48 ERA in 53 games.

MLB: Dominican pitcher who debuted in GL with the Yankees and at the same time was his farewell to the Majors