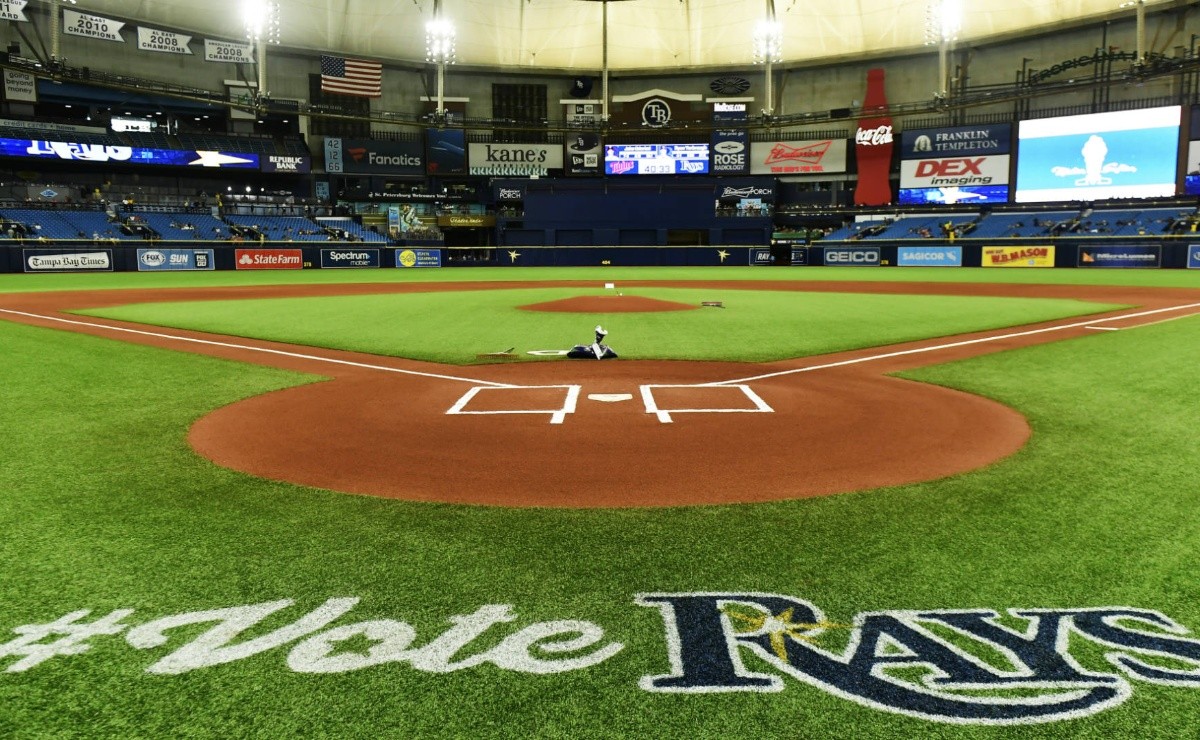 In 2019, Major League Baseball authorized Tampa Bay Rays to follow a plan that would involve dividing their home games between Florida and Montreal. Just a few weeks ago, though, the league got rid of those attempts. That leaves the club in a clockwork scenario, as their lease at Tropicana Field runs through 2027, giving them until then to find a different path forward.

One option that has at least been discussed is to build a stadium on the land it currently occupies. Albert Whitted Airport in St. Petersburg, according to a report by Colleen Wright of the Tampa Bay Times. The airport is located right on the bay, a short distance from Tropicana Field:

St. Pete is back in the game! I was excited to meet with the Rays and county leadership yesterday. Together with our City Council and community partners, we have urgently recommitted to keep baseball in the Sunshine City.”

The mayor sent a memo to city council members saying he wants to study the airport site for “current and potential impact on the community in the future.” Wright also quotes Pinellas County Commission Chairman Charlie Justice on the matter, who says:

The bottom line is that it’s good after every decade or 20 years to look and say, ‘Okay, what’s going on. That’s 100 acres of valuable land. Does it make sense to keep doing it? Is it necessary to change it? We are open to that opportunity.”

The plan is somewhat complicated by the fact that the airport is also considering expansion, as Wright detailed.

However, despite the acknowledgment that the airport site was being considered, the judge and Pinellas County Manager Barry Burton told Wright there was more attention to other options, such as the redevelopment of Tropicana Field or the Al Lang Stadium locations.

The latter site has previously housed a ballpark, which served as the spring training site for various teams over the years, including the Rays, back in the days of the Devil Rays. However, in 2011, it was converted into a soccer field and is the current home of the Tampa Bay Rowdies of the USL Championship.

It may interest you: MLB Proposal for New Tampa Bay Rays Stadium

It appears that all options are still in the preliminary discussions stage, which makes sense given that the sister city plan recently died. Decisions will need to be made in the near future, however, given the limited time left on the team’s lease at Tropicana.

I am a fan of the King of Sports, especially the Boston Red Sox in MLB and all Mexican baseball in general. This profession has given me the opportunity to cover major events such as the Caribbean Series, the LMB All Star, the LMP (uninterrupted since 2009), signing important players. I had the chance to attend the 2013 World Classic in Arizona, USA, although as a fan. Apart from this beautiful sport, I love basketball, where I have also narrated games and even an NBA friendly 10 years ago, but I have baseball in my veins. Degree in Communication Sciences from the Autonomous University of Sinaloa (UAS) , from which I graduated in 2011. I was born in Mazatlán, Sinaloa and started in the world of sports journalism in 2004 in the newspaper El Sol de Mazatlán, where I was a baseball columnist and a reporter at the same time. In January 2009 I arrived at El Debate as a journalist reporter and it took almost six years (in the first stage), until in November 2014 I emigrated to the radio providing my services at Línea Directa-Grupo RSN. My cycle there ended in July 2019 and a few days later, El Debate gave me another opportunity to work and opened the doors for me again. That is how I came to Al Bat, where I have been since 2019 as a web journalist.

MLB: Could the St. Petersburg airport be a stadium for the Tampa Bay Rays?