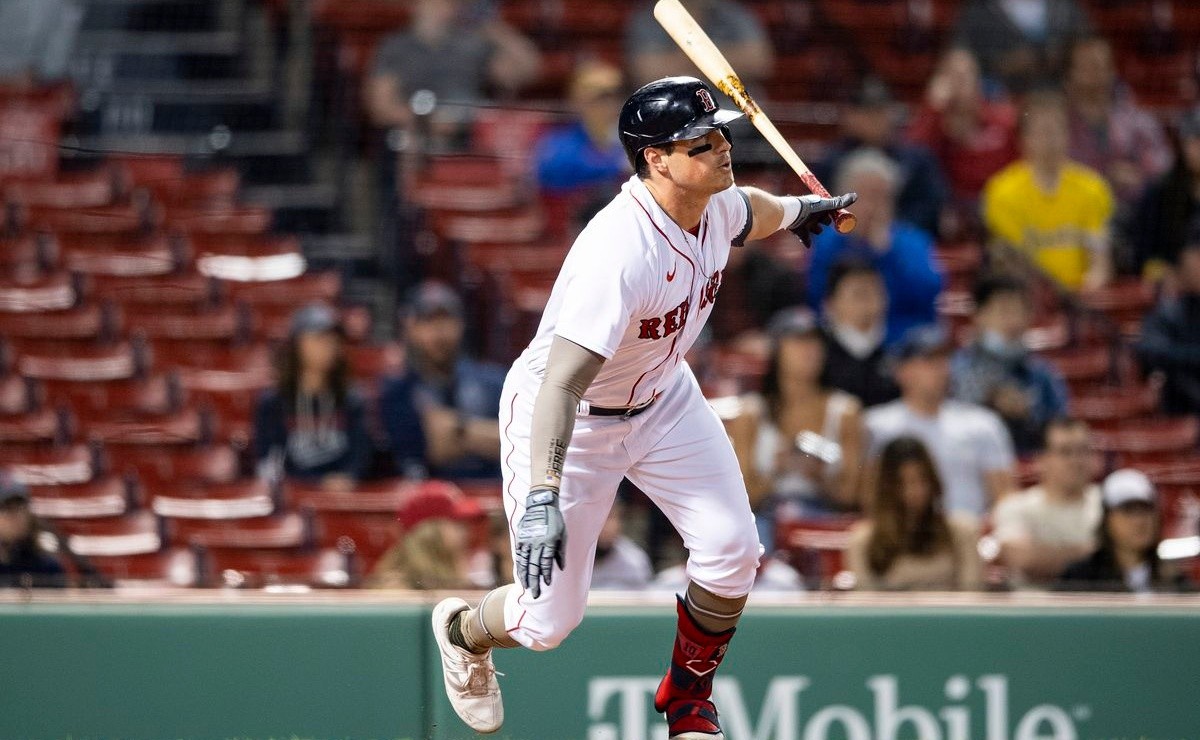 The gardener Hunter Renfroe of the Boston Red Sox, sent an impressive home run to center field to regain Boston’s lead on Tuesday against the Rays, which ultimately was useless, as Tampa Bay rallied from a 4-1 adverse and ended up beating 8-4 at Red Sox with seven unanswered runs in the last four innings.

However, the hit of the night was in the fourth inning and from Renfroe, who just faced his former team and the rookie. Colombian Luis Patiño, who was hit by a 96 mph center fastball, a doddle for ‘hunter’ Hunter, on a 2-2 count:

Overall, the ball was going that way from Patiño, but it came out there after the strong contact of Renfroe, putting the 108 seam to travel throughout the central garden of Fenway Park. It was 420 feet that ‘doña blanca’ traveled.

The ball hit the top of the Green Monster and almost reached the bleachers, ending up bouncing towards the field of play. It was Renfroe’s HR 19 of the season. He beat Xander Bogaerts and Kevin Plawecki.

It may interest you: MLB Hunter Renfroe shows tremendous canon in electrifying assist

Renfroe has been a great acquisition for the Red Sox. He is a very solid player. He has a constant presence in the middle of order and plays great defense. Great pickup from Chaim Bloom last offseason.