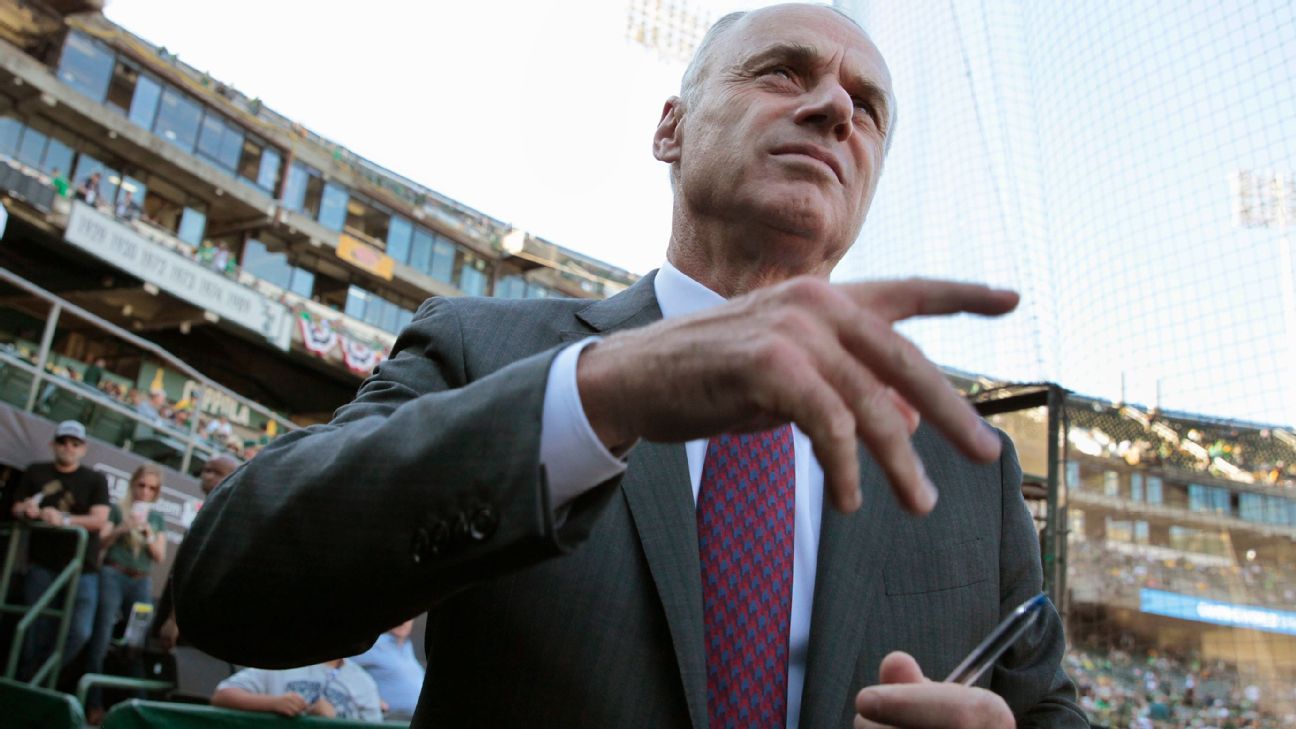 NEW YORK — Baseball Commissioner Rob Manfred canceled 93 more games on Wednesday, appearing to shut down the remaining chance to play a full 162-game schedule and threatened players with loss of salary and length of service.

After the sides narrowed many financial differences and bogged down over management’s attempt to obtain an international amateur draft, MLB announced that two additional series through April 13 have been canceled. This raised the number of games deleted from the calendar to 184, 7.6% of the 2,430 that make up the season.

“In a last-ditch effort to preserve a 162-game season, we made good faith proposals this week that address the specific concerns expressed by the MLBPA and would have allowed players to return to the field immediately,” Manfred said in a statement. “Due to the logistical realities of the schedule, two other series are being cut from the schedule, meaning opening day is postponed to April 14.”

The differences between the two parties were reduced with the union’s latest counteroffer. Earlier in the day, management gave the union a new option that would allow a deal to be discontinued after the 2024 season, leading to even more negotiations between management and the players who look down on each other.

While the gaps were narrowed on the three most contentious economic items under discussion, management pushed for its long-standing goal of an international amateur draft. Players have repeatedly rejected the proposal since it was made on July 28.

On Day 98 of baseball’s first work stoppage since 1995, the latter alternative would leave open the possibility of another labor dispute in less than three years.

MLB had told the union that Tuesday was the last possible day to reach an agreement that would allow for a modified 162-game schedule, along with full salary and service time needed to reach free agency for the players.

“The clubs did everything they could to meet the substantial demands of the MLBPA,” Manfred said. “On the key economic issues that have posed obstacles, the clubs proposed ways to close the gaps to preserve a full schedule. Unfortunately, after our second nightly negotiating session in a week, we are still out of agreement.”

Management’s desire for an additional fourth tax threshold of $60 million above the first threshold is among the remaining sticking points.

The players dropped to $65 million from $80 million for their proposed pool bonus for eligible players before arbitration, a day after MLB increased its offer from $30 million to $40 million. The union is asking for annual raises of $5 million, while management’s offer is the same for all five years.

After the parties negotiated on and off for 16 1/2 hours until 3 am Wednesday morning, the union held a morning conference call with its executive board.

The union’s chief negotiator, Bruce Meyer, and general counsel, Ian Penny, then walked three blocks through a wintry mix of rain and snow to deliver the proposal to the MLB office and returned to union headquarters a short time later. .

In the proposed international draft, teams would rotate selecting from different first-round quadrants over a four-year period. A scheduling system similar to the one the union agreed to starting in 2012 would be installed for the amateur draft covering residents of the US, Puerto Rico and Canada.

The draft international proposal includes time slots that cannot be negotiated by individuals. MLB estimates $17 million in additional spending for international players drafted on top of the $166.3 million spent by the 30 teams in 2021, plus an additional $6 million in undrafted players. The draft would start in 2024.

International players would lose the right to choose which team to sign with. The draft age would be the year a player turns 16.

Tuesday’s deadline was the third set by MLB in the past two weeks.

Manfred originally set a February 28 deadline to preserve the March 31 opening day. After 16 1/2 hours of negotiations in Jupiter, Florida, beginning on February 28 and ending at 2:30 am the next morning, produced progress, Manfred extended the deadline to 5 pm the next day.

Talks broke down, and Manfred announced that each team’s first two series of the season had been cancelled. Negotiators returned to New York and resumed negotiations on Sunday.