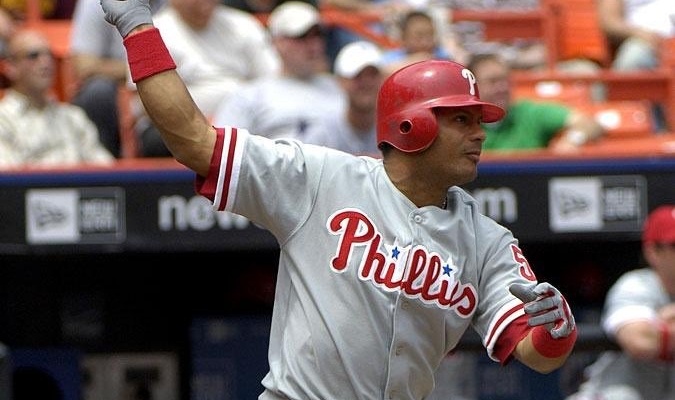 In the absence of 3 dates to conclude the 2022/2023 scrutiny process for the Hall of Fame171 ballots out of approximately 396 have been revealed, in this sense, we see that Bob Abreu will achieve his highest endorsement percentage since his eternity option was enabled in 2020.

Also read: MLB: Will Omar Vizquel be able to go to the Hall of Fame with the vote of the Association of Journalists?

In that year, the “Comedulce” by the eyelashes of a mosquito managed to keep his option in force, getting 5.5% of votes. Remember that the regulations dictate that those who achieve less than 5% will leave the ballots.

Although this figure is still far from the minimum 75% necessary to receive the privilege of immortality, for him, for his candidacy, it represents a notorious and important rise, also in line with the ascending line that has marked most of these four years.

The fact of achieving an additional 10% of support from one year to the next can be taken as a very positive sign; Let’s assume for a moment that this number is maintained in the calendars to come, if so, in his tenth chance, the left-hander would exceed that 75% in 2029, that is, his 10 year of application.

Of course, this is relative, among other things it would be tied to the irruption of new aspirants, some who are already estimated to be enthroned as fast as in their first opportunity; one of those heavyweight candidates is the sensational Ichiro Suzuki.

The Japanese name will be on the ballot next year; With his presence, will the votes for the Venezuelan go down or up?

Also read: LVBP: Oswaldo and Orlando Arcia, the positive beyond the statistics for Leones del Caracas

Another of the strong points in Abreu’s options, perhaps the most solid of all, is the excellence that he reflects in the statistical sections of these times, that is, of the so-called sabermetrics, a trend that little by little is gaining followers among the members of the Baseball Journalists Association of America (BBWAA).

Under this modern perspective of analysis, Bobby’s career is among the most complete in any era in the Major Leagues, the highest level in the sport of bats, gloves and balls.

MLB: Bob Abreu could take a boost to the Hall of Fame