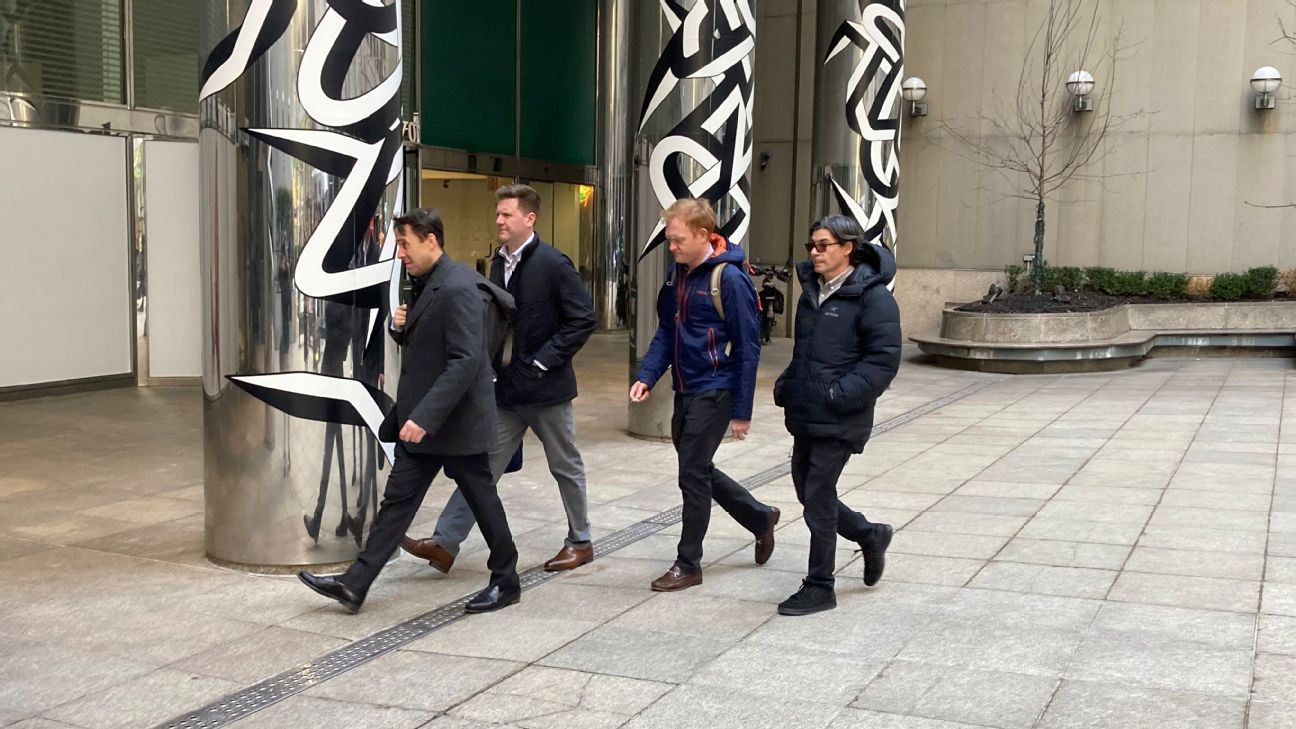 NEW YORK — For the second time in a week, negotiators for the players and Major League Baseball continued to talk until midnight, ahead of a new deadline that was set by commissioner Rob Manfred and was due Tuesday to reach an agreement. preserve a 162-game season.

Manfred did not announce the cancellation of additional games as the lockout entered its 98th day.

The union’s chief negotiator Bruce Meyer and lead attorney Ian Penny led a delegation of the players that met this morning at Major League Baseball’s offices across from Radio City Music Hall.

The two sides continued to talk on the phone later.

It is the second longest lockout in baseball history. The parties met in person for the third day in a row and appeared to exchange figures on major economic issues: the so-called luxury tax, the amount of a new bonus fund for players who are not yet in a position to go to salary arbitration, and the minimum wages.

It is not known whether this more intensive phase of talks could lead to a deal or another breakdown of tense talks that have dragged on for nearly a year.

Some 16 1/2 hours of negotiations that began Feb. 28 in Jupiter, Florida, made progress but broke down acrimoniously the next day, when Manfred announced that the first two series of the season for each team were off.

There seems to be no chance of opening the campaign on March 31, as planned. However, Major League Baseball informed the union that Tuesday was the last day a deal could be reached that would allow a modified 162-game per club schedule to go forward.

Complying with this complete calendar would allow the full salary and time of service that is taken into account so that the players can declare themselves free agents.

MLB on Monday offered to raise the salary cap from $220 million to $228 million, with certain concessions, a person with knowledge of the negotiations said, confirming a version of The Athletic.

The union started the week asking for 238 million.

The Players Association on Monday asked for a fund of 80 million for this year and the MLB proposed 30 million. While Major League Baseball is proposing a minimum salary of $700,000, the union has asked for $725,000.

There are bigger differences for the final four seasons of the proposed five-year deal.

MLB and union negotiate beyond midnight