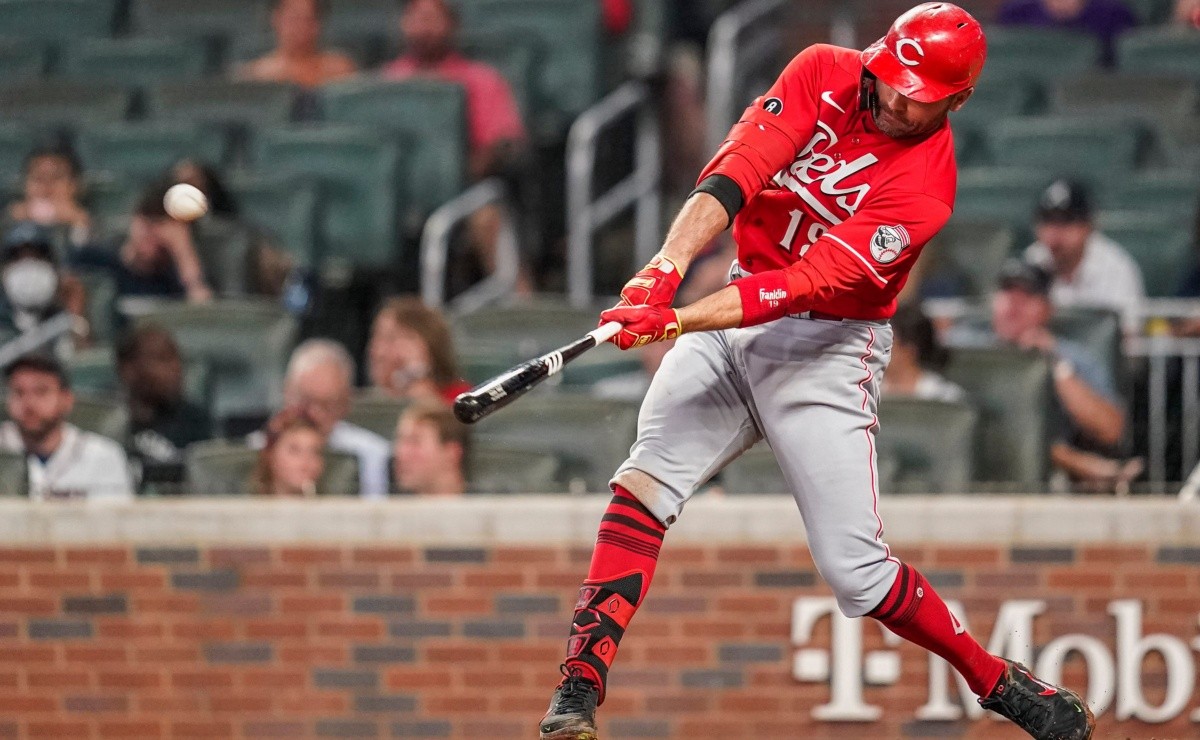 Despite the defeat of the Cincinnati Reds by score of 8-6 in 11 innings against the Atlanta Braves on Wednesday night at Truist Park, the legend of Joey votto It continued to grow to a level few could have seen coming when it debuted in 2007.

Canadian Votto crushed a 442-foot two-run homer projected by Statcast in the sixth inning to end what was then a 5-0 shutout, then tied the game in the ninth with another two-run howitzer to the outfield. right-central. His two-homer night gave him 14 home runs in his last 20 games, joining the member of the Hall of Fame Frank Robinson (1962) as the only Cincinnati hitters to accomplish that feat:

When Votto was told that he had joined Robinson in that elite company, he commented that he had met the late slugger at the 2017 All-Star Game less than two years before Robinson died on February 7, 2019. Votto even joined took the time to scroll through his phone, only to find a photo to show the media of him with Robinson, who began his stellar career with Cincinnati.

Votto also hit two singles, making it the first time he safely reached base five or more times in a game since June 28, 2019. However, Votto was still disappointed with the outcome of the game; Kyle Farmer’s lead single in the top of the 11th inning gave Cincinnati a brief 6-5 lead, but Lucas Sims gave up a three-run homer to Ozzie Albies in the bottom of the frame that hit the ball. Reds their third consecutive defeat.

The 37-year-old Votto is at a point in his career where he appears to be moving up different career leaderboards on a game-by-game basis.

In the third inning against Braves starter Touki Toussaint, Votto posted the 1,260th walk of his career, tying Ty Cobb for 53rd in American League / National League history. The second of his two-run shots later gave him his 1,038th RBI, leading him to overtake Pete Rose for third place in franchise history.

So Votto’s latest performance put him in the company of three all-time greats in baseball history, an accomplishment he appreciates but does not surprise him at this stage in his career.

Although the ending was not what the Reds envisioned when they bounced back in the final innings, Votto’s valiant effort to lead his team to victory almost single-handedly served as another reminder of why he and the rest of the lineup should never. be discarded.

It may interest you: MLB Make it seven Joey Votto hits HR for seventh straight game

And four years after that trade with Robinson, it appears that Votto, in his continual rise in power at the plate, has taken any advice he’s been given seriously.