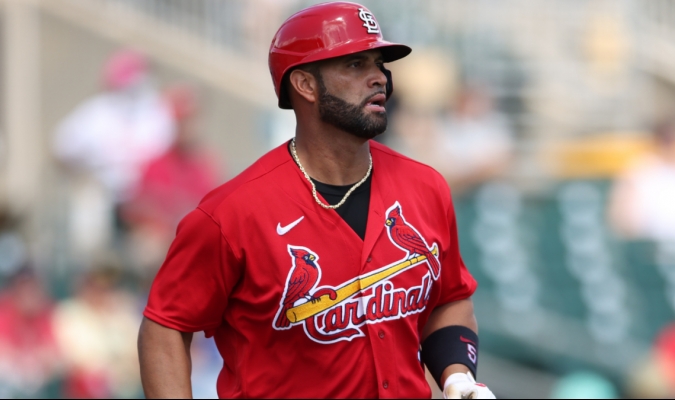 In the game between the St. Louis Cardinals and the Milwaukee Brewers, Albert Pujols once again he does something to which he has already happily accustomed us.

During the third leg, the strong Dominican slugger dispatches his second home run of the 2022 Major League season, a connection that travels 426 feet, according to Baseball Savant, and with which he drives in 3 touchdowns.

Also read: Elieser Hernández silences the Phillies in a beating of the Marlins (+Videos)

This is his four corner hit number 681 of his great career, with which he also shortens the distance that separates him from Alex Rodríguez, installed in the historical position 4 with 696.

At that point, Pujols evens the game at 3; the lupulosos mark 3 touchdowns in the tranche 1, with RBIs for Andrew McCutchen, Rowdy Tellez and Keston Hiura.

For the 4th they regain control of the scoreboard when Willy Ademes negotiates a ticket with the bases loaded, while in the seventh they add another 2 with a double by Christian Yelich.

The Red Birds in episode 8 try a dangerous attempt against the star trainer Devin Williams, who is out of control giving up 3 walks and a couple of hits that translate into 2 runs, however, Trevor Gott enters to put out the limelight.

Also read: MLB: Ronald Acuña will return this Tuesday to play for the Triple A Atlanta Braves

With an advantage of only 1, Josh Hader enters the ninth, throws perfect, strikes out 2, secures the award and adds his fourth save of the year. He remains at 0.00 ERA. He beats Jake Cousins ​​in 1-inning shutout relief, his mark is 2-0 and 3.60 ERA.

For the Brewers Omar Narváez ends 3-0, walk and strikeout.

Go to the stadium and leave with a gift from @PujolsFive = PERFECT SUNDAY. ðŸ’ ðŸ » pic.twitter.com/ogU3x41NdZ