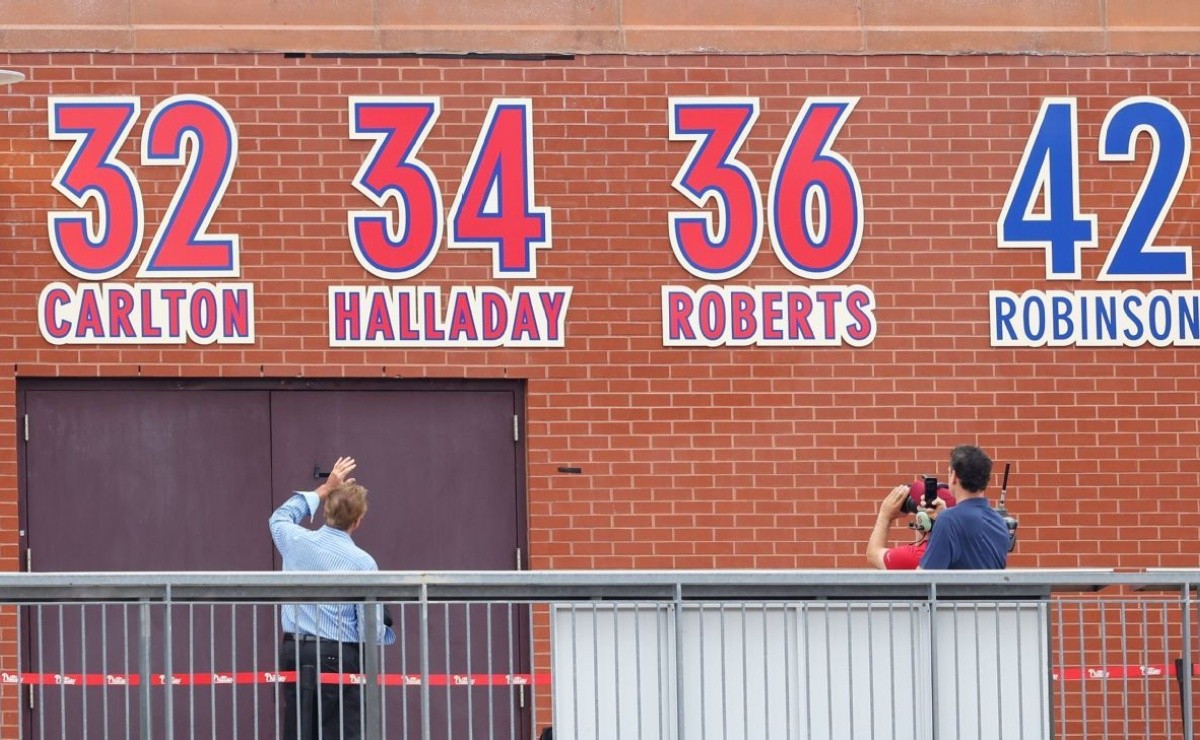 The weekend of Philadelphia Phillies Wall of Fame came to an emotional close on Sunday in Citizens Bank Park, since the number 34 of Roy halladay he was posthumously removed by the club.

Halladay’s wife, Brandy, and their two children, Braden and Ryan, were unable to attend Sunday after a family member tested positive for COVID-19. But Brandy sent a message through Halladay’s former teammate, Raúl Ibáñez, who told the crowd: “She said that Philadelphia will always be her home away from home”:

Halladay spent four seasons with the Phillies (2010-13), winning the National League Cy Young Award in 2010 and making a pair of National League All-Star teams (2010-11). The right-hander also pitched two of the best games in club history, furthering his legacy in Philadelphia.

Ibáñez shared a story about one of his earliest memories of facing Halladay during the pitcher’s days in Toronto.

It may interest you: When a Mexican saved the Perfect Game for Roy Halladay 10 years ago

Phillies managing partner John Middleton and Ruiz, Halladay’s catcher for his perfect game and postseason no-hitter, revealed a six-foot-tall No. 34 statue in Third Base Plaza. Moments later, Carlton, standing just below his retired number 32, revealed Halladay’s number 34 on the brick wall at the end of the ceremony.