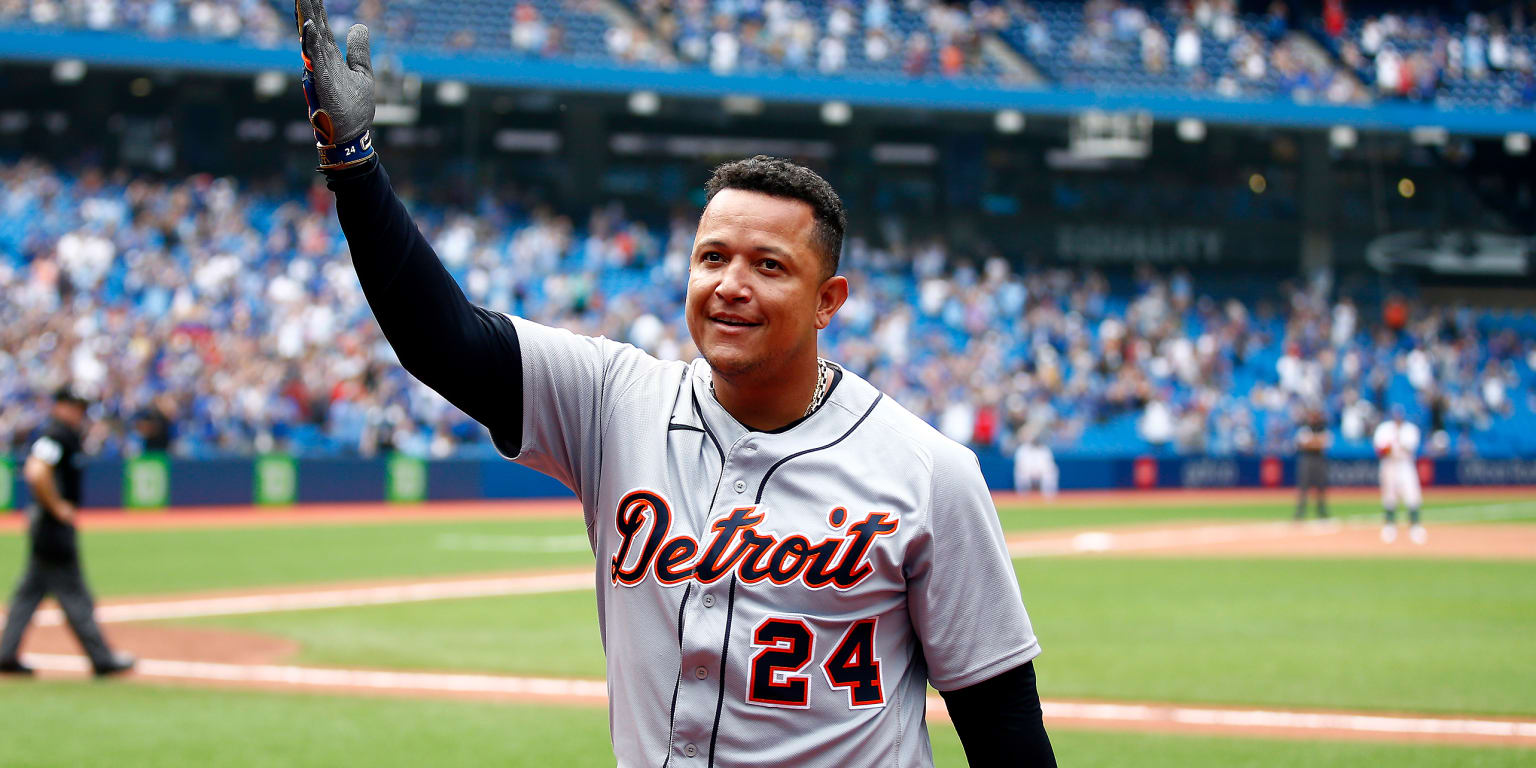 On the occasion of Miguel Cabrera’s 39th birthday, let’s see the best moments of the Venezuelan and future member of the Hall of Fame.

Miguel Cabrera watch the videos of his first major league hit and smile.

His memory is only as good as his sense of humor. Almost as good as his bat, which has produced an incredible amount of history over his career, more than he could possibly appreciate.

Cabrera turns 39 this Monday and is close to joining the 3,000-hit club. Here, we present a look at the 10 most important moments of his career to date:

Gold Home Run vs. Rays in his MLB debut

The first undisputed in the Majors will always be the best. Cabrera was just 20 years, two months and two days old when he made his Major League debut for the Florida Marlins. After being dominated in his first four at-bats, Cabrera stepped up to the plate in the 11th inning with the winning run at second base and sent Al Levine’s pitch from the other side of the fence through center field at Pro Player Stadium. .

HR in the World Series vs. roger clemens

Cabrera was still a 20-year-old rookie when he got his first taste of postseason baseball, helping the Marlins reach the World Series against a lauded Yankees squad. Trailing 2-1 in the series and facing Clemens in Game 4, the Fish had a tough task. Clemens tried to intimidate Cabrera – less than half his age – with a pair of fastballs up and inside, but Cabrera kept himself alive after fouling a pair of 2-2 pitches. Then he hit Clemens down the opposite flank for a two-run homer in the first inning. The Marlins won in extra innings, part of a three-game winning streak to clinch their second World Series title.

The teams traded runs until Cleveland scored three in the top of the 10th. Closer Chris Perez retired the first two batters in the bottom of the inning, but back-to-back walks set up the table for Austin Jackson to hit an RBI double and Omar Infante singled to tie the game. Cabrera sent everyone home after sending a 3-1 pitch over the left-field fence.

Cabrera went scoreless in his final game of his Triple Crown campaign, but the Tigers were closely monitoring their competition in the race for such a feat. When it became clear that Mike Trout was no longer going to catch him in the batting title race, nor Curtis Granderson in the home run race, manager Jim Leyland took Cabrera out of the game with two outs in the bottom of the fourth to give him a well-deserved break and there was a standing ovation at Kauffman Stadium in Kansas City.

Cabrera was center stage on an ESPN broadcast Sunday during a warm Texas night. And he put on a show, hitting the second three-homer game of his career. The second homer was the most majestic, a line drive off Derek Holland that seemed to continue to climb when he hit the grass behind the center-field wall.

Home run to tie the game against Mariano Rivera

Cabrera was 0-for-4 in his career against the star Panamanian closer when he stepped up to the plate as the potential tying run with two outs in the ninth inning. Adding to the drama, he hit two foul balls that hit him in the leg after falling behind 0-2 in the count. Just when Rivera seemed ready to finish him off, Cabrera hit a sliced ​​fastball at 2-2 and sent it over the center-field fence at Yankee Stadium.

“They should make a movie about that turn,” Torii Hunter said after the game.

Home run against Sonny Gray in the ALDS

While Justin Verlander’s gem was the central story of this decisive matchup in Oakland, Cabrera provided the needed offense against Sonny Gray. The then-rookie sensation had dominated the Tigers’ slugging for 11 innings in the series and Cabrera was having a tough time. But Gray made the mistake of challenging him with a high fastball. Cabrera sent it deep into left field, giving Detroit a lead they wouldn’t lose.

Miggy’s homer to center field off Tyler Lyons, a Cardinals left-hander, not only put him in the 400-homer club, but also helped him pass Andres Galarraga to become the most homered Venezuelan player in the Major Leagues. Large tent.

Miggy becomes the leader in hits among Venezuelans

As Cabrera neared 3,000 hits, his unstoppable 2,878 put him in an exclusive spot among native-born players. With an RBI single in the fifth inning against the Royals, he passed Omar Vizquel to become the Venezuelan with the most hits in the Majors.

The 500th home run of his career

What once seemed destined to happen in 2022 became a summer sensation, thanks to a comeback from Cabrera, whose 499th home run on Aug. 11 put the spotlight on Comerica Park. He didn’t hit the iconic 500th homer until a week and a half later–and he did so on the road–but the reaction of the fans in Toronto showed the public’s respect for an achievement of that magnitude.