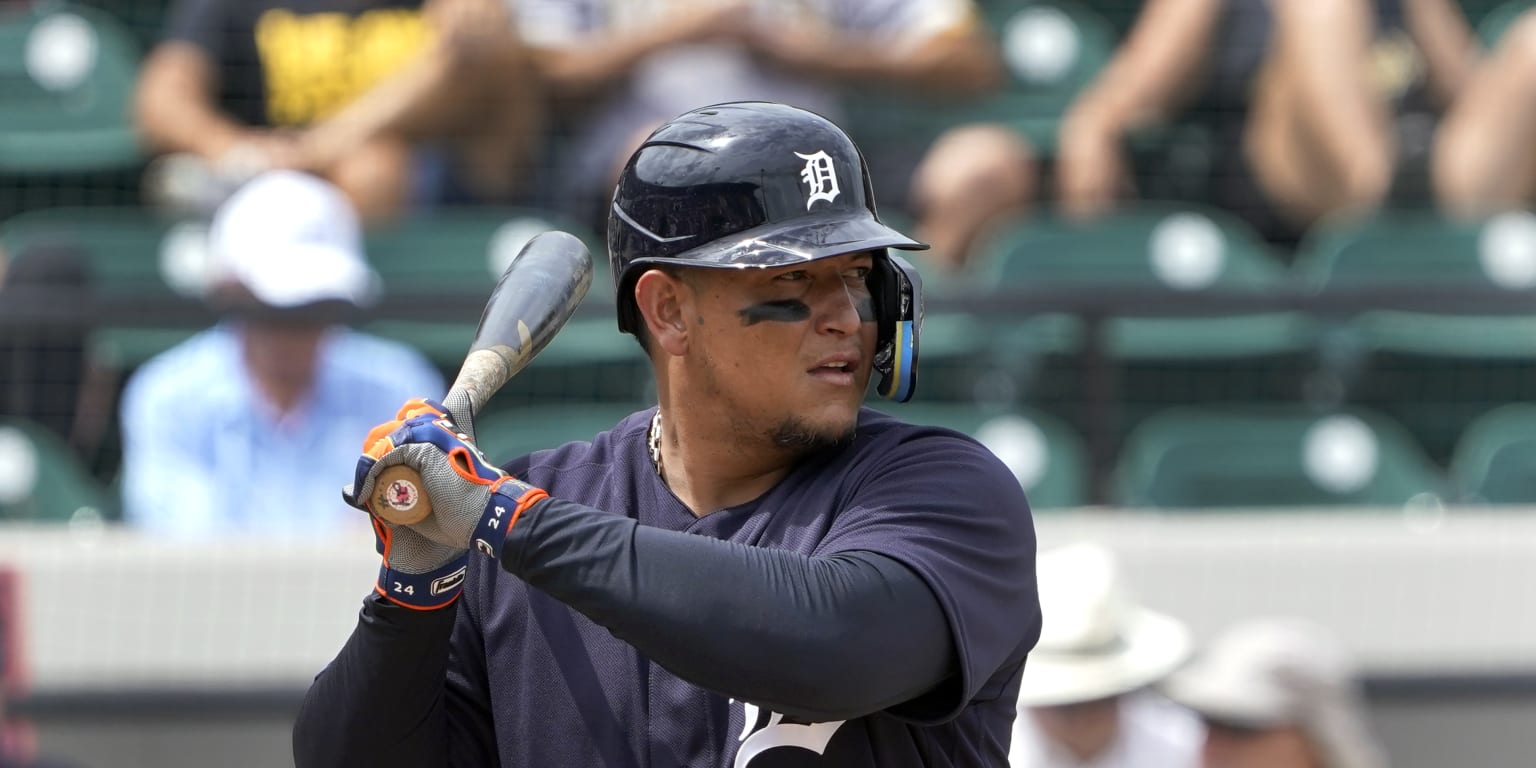 LAKELAND, Fla. — The Tigers’ lineup for Monday’s game against the Yankees looked like a potential Opening Day order, with Miguel Cabrera in the middle of the pack.

It was a pretty logical lineup, but it was also noticeable that Cabrera was lower than his traditional slots.

Managing the career of a great player can be one of the most difficult and delicate tasks for any manager. At times, it’s a balancing act between acknowledging that conditions inevitably decline with age and deserved respect for that player’s incredible achievements. The decisions made are usually less drastic than what the Angels did last year when they released Albert Pujols, or the playing-time reduction Pujols himself struggled with earlier. A lot of times, it’s about small changes in the offensive order.

For Cabrera, the movement is subtle, and not so much a reflection of him as of the team around him. As he moved deeper into his 30s, the four-time batting champion, two-time MVP and Triple Crown winner remained in the thick of the Tigers’ lineup, with the club embarking on a rebuilding process. He batted third in all 38 games he appeared in 2018 before a torn biceps ended his season, and was ranked 101 times in 2019.

Cabrera is one of just five major league hitters since 2010 who have started 100 or more games in a season batting third in a lineup at age 36 or older, according to Baseball-Reference. Nelson Cruz did the same in 2019 for the Twins, as did Carlos Beltran in 2016 for the Yankees and Rangers, Alex Rodriguez for the 2015 Yankees and David Ortiz for the Red Sox in 2014.

Cabrera has batted third or fourth in 10,140 of his 10,993 MLB plate appearances, more than 92% of the time. He has just 113 games started and 490 visits to the plate in the fifth at-bat. But everything seems to indicate that this could change soon. These are no longer a rebuilding Tigers, and Detroit’s lineup is complete enough that the final third could include impact hitters like standout prospects Spencer Torkelson and Riley Greene.

Manager AJ Hinch has tried not to make too much of his lineups. For the pilot, having a balanced lineup is something relevant. With Javier Baez now on the club, the Tigers rely heavily on their right-handed hitters to produce runs, which in turn increases the importance of switch-hitters like Jeimer Candelario and Robbie Grossman.

“If he starts moving Miguel Cabrera down the order and moving Candelario up, his responsibilities increase,” Hinch said.

Hinch has handled things with Cabrera the same way he has handled basically everything since taking the reins, talking honestly, up front and offering arguments.

“I talked to him recently about how we were going to put together the lineup and I told him he could hit fifth or sixth, depending on the situation, and he’s 100% committed to whatever we need to do to win games,” Hinch revealed. “He’s been great from day one with that kind of stuff.

“I think when you add players, specifically Baez, to the middle of the lineup, someone has to move, and Miggy is well aware of that. We had a good conversation and then we haven’t talked about it anymore. I told him we were going to do it in the spring to see how things went. I like to see what the structure looks like and see what fits. And he is engaged. I love that about him.”

Cabrera isn’t the first big hitter to find himself in such a situation as he approaches 40. Hall of Famer Chipper Jones hit every position from third to sixth at age 40 in his farewell campaign in in 2012. Frank Thomas, another Cooperstown immortal, batted third for most of his career, but dropped to fifth for a good portion of his games at age 39 in 2007. Adrián Beltré was moved to the fifth seat in the order of the Rangers at the end of his last campaign in 2018 at the age of 39. They all continued to be productive, but obviously far from their best moments. Pujols began his transition down the Angels’ lineup in 2019, when he was 39 years old.

That Cabrera is willing to do so is hardly surprising. More than milestones and personal goals, he wants to be part of a winning team again. He made it clear when spring training began that he had no problem playing less at first and being primarily DH to make room for Torkelson.

Miguel calm despite going down in the lineup