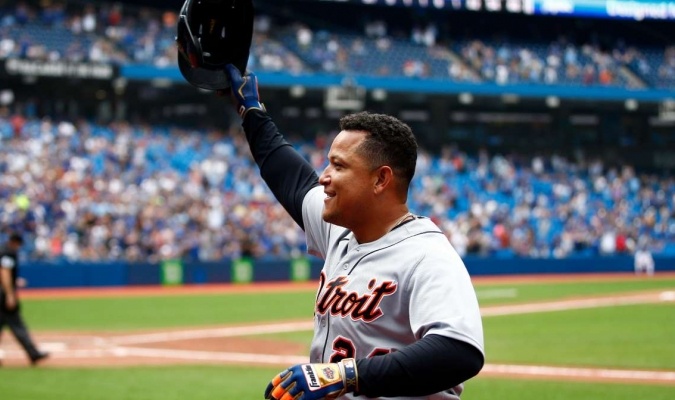 As Venezuelan Detroit Tigers star Miguel Cabrera approached 500 home runs in the 2021 Major League Baseball campaign, there was great anticipation at every at-bat. Attendance at Comerica Park began to grow. The areas where Miggy’s 500 ball could land in the left and right field stands became highly sought after tickets.

Cabrera hit his 499th career home run on Aug. 11 at Baltimore. After consulting it with the pillow, manager AJ Hinch decided to give him the next day off, giving Cabrera a chance to break the record at home, rather than a game in front of a sparse crowd in Baltimore.

There were more than 20,000 fans in each of the next six games at Comerica Park, but the dream scenario didn’t take place as Cabrera didn’t hit a home run in the home game series.

The number 500 finally arrived on August 22, a Sunday afternoon at Toronto’s Rogers Center.

Cabrera became the 28th player in major league history to hit the 500 home run mark and the first to do so as Tigre.

He is the first MLB player to reach the milestone since David Ortiz did it with Boston in 2015 and Albert Pujols reached the 500 with the Los Angeles Angels in 2014.

Cabrera is the sixth player born outside the United States to hit 500 home runs and the first from Venezuela.

“Miggy is living proof that legends exist,” Hinch said. “They are not only in your mind. They are in front of us every day.”

Although the home run did not take place in Detroit, the Tigers declared September 24 as Miggy’s Celebration Day at Comerica Park.

The next milestone is around the corner.

The Tigers open the 2022 season with seven straight road games before their April 8 home start against the Chicago White Sox.

Miguel Cabrera’s historic 500 home run, one of the greatest sporting achievements of 2021