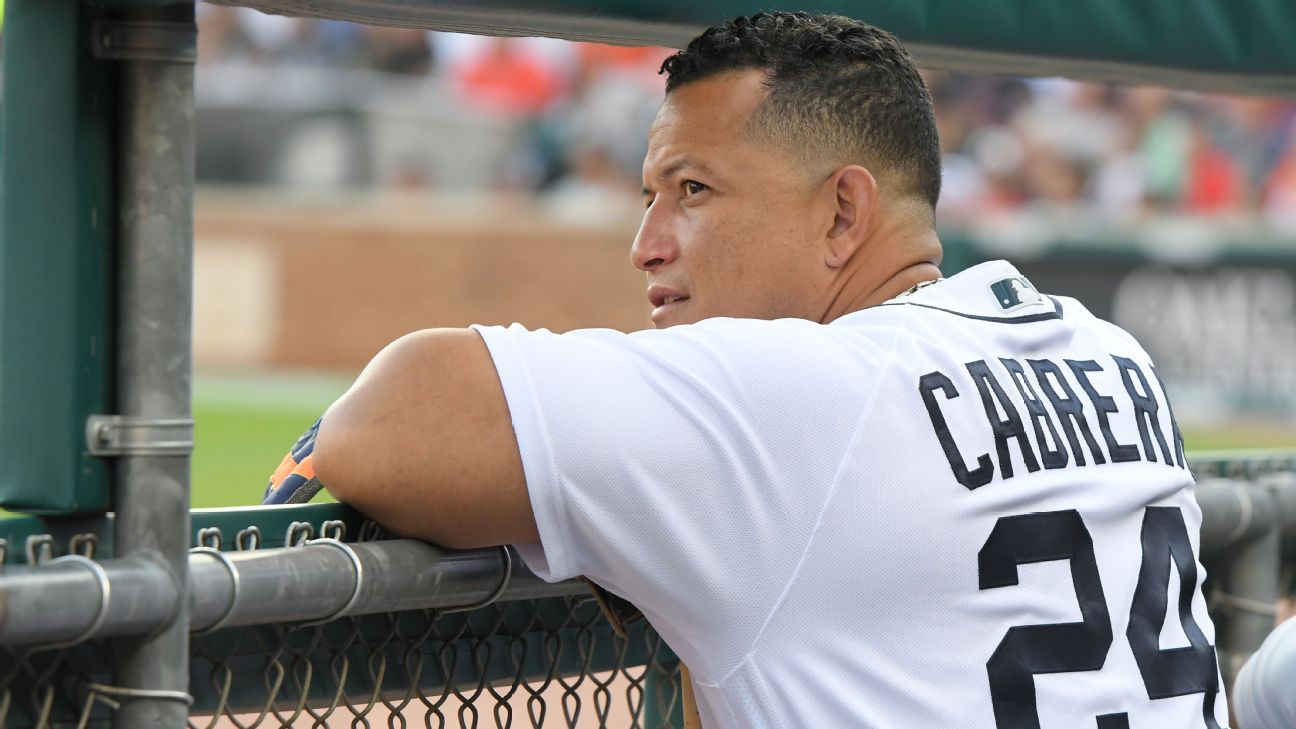 LAKELAND, Fla. — Miguel Cabrera he’s happy to finally get back on a baseball field and prepare to resume his quest for his 3,000th hit and try to lead the Detroit Tigers to the postseason for the first time in eight years.

“I feel good and happy to be back on the field, healthy and positive,” Cabrera told ESPN Digital on Sunday, the Tigers’ first day of spring training in Lakeland, Florida.

“It was quite a long and complicated offseason, but thank God all the differences could be resolved,” said the Venezuelan star, referring to the three-month lockout, which affected the deadlines for the 2022 season, before owners and players. Major League Baseball (MLB) agreed last week.

Cabrera, who turns 39 next month, is gearing up for his 20th season in MLB and 15th with the Tigers. The 11-time All-Star and two-time MVP hit his 500th major league home run on August 22 of last year, when he fell 13 hits short of entering the 3,000 circle.

In baseball history, 28 batters have hit 500 home runs and 32 had 3,000 hits, but only six have achieved both milestones: Hank Aaron, Willie Mays, Eddie Murray, Cuban Rafael Palmeiro and the Dominicans Albert Pujols and Alex Rodriguez.

“It was something that made me think a lot about the offseason,” Cabrera said of the 3,000th hit. “Now to wait patiently and try to do my job,” he added.

Cabrera, who won the World Series in 2003, his rookie year with the Miami Marlins, hasn’t taken a postseason stint since 2014, when the Tigers were swept by the Baltimore Orioles in the Division Series.

Embarked on a reconstruction process, the whole of the Motor City finished with a negative record in six of the last seven years.

But the Tigers are starting to see the light at the end of the tunnel. In addition to developing stars like the Dominican third baseman Jeimer Candelario and rookie first baseman Spencer Tolkerson, the team signed the Puerto Rican shortstop in free agency Javy Baez and the Venezuelan pitcher Edward Rodriguez.

The expansion of the postseason to 12 clubs (one more in each league) by 2022 increases the chances that teams like Detroit can hope to play beyond September.

“The goal is always to try to reach the playoffs. We have more experience, good pieces were added, like Javy Báez and Eduardo Rodríguez, and we hope to go for more, to try to go to the playoffs,” said Cabrera.

“I think that gives teams an incentive, to have a better chance of playing in the postseason,” Cabrera said of creating a third-place wild card in the American and National leagues.

Of course, the health factor is vital for a big man with two decades of the highest level ball on his body. Cabrera played in 57 of 60 games in the coronavirus-shortened 2020 season, but averaged 108 games in the other four since 2017.

Appearing more often as a designated hitter, and less often at first base, seems like a better plan to keep fresh Cabrera, who has two seasons remaining on his eight-year, $240 million contract with the Tigers.

“I don’t know, because we want ‘Tork’ in the lineup,” Cabrera said of the impact Tolkerson will have on his own role on the team. “I’ll take the designated hitter. I don’t know. I have to talk to the manager. [AJ Hinch] and see what their plan is,” he added.