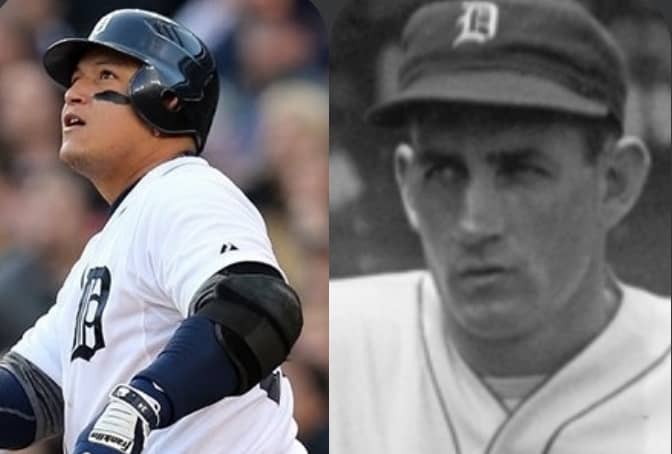 The Venezuelan slugger Miguel Cabrera of the Detroit Tigers overcame the brand of tickets of Charlie gehringer on the MLB.

Before the day of Saturday where the Detroit Tigers were measured against the Cleveland Indians, the Venezuelan Miguel Cabrera I was matched with the legendary ex player Charlie gehringer with the same amount of tickets on the MLB.

In fact, both figures had 1,186 walks, equaling the 66th box of all time in the Major Leagues.

Miguel Cabrera (Detroit) in his fourth shift of the night receives a ticket, the # 1186 of his career, equaling Charlie Gehringer in the 66th place in MLB history, he leaves the game for a pinch runner.

Now, in the challenge the Tigers defeated the Indians with a scoreboard 2-1 and Michael Although he could not connect unstoppable by going 4-0, in the second inning he received a walk, with which he reached 1187 in his career, beating Charlie Gehringer to stay only in the 66th box of all time in that department.

Miguel Cabrera (Detroit) in his second shift today receives a ticket, the # 1,187 of his career, being alone in position 66 to two of the Billy Hamilton Hall of Fame (position 65)

The games continue to happen and we are waiting for the long-awaited 500 home runs of the Venezuelan, who can give them in the next game or at any time of the season.

But in every challenge that passes Michael he manages to match or surpass a legendary figure of the majors in some department, so definitely the Creole, as his manager AJ Hinch once said, belongs to the elite of the Major Leagues.