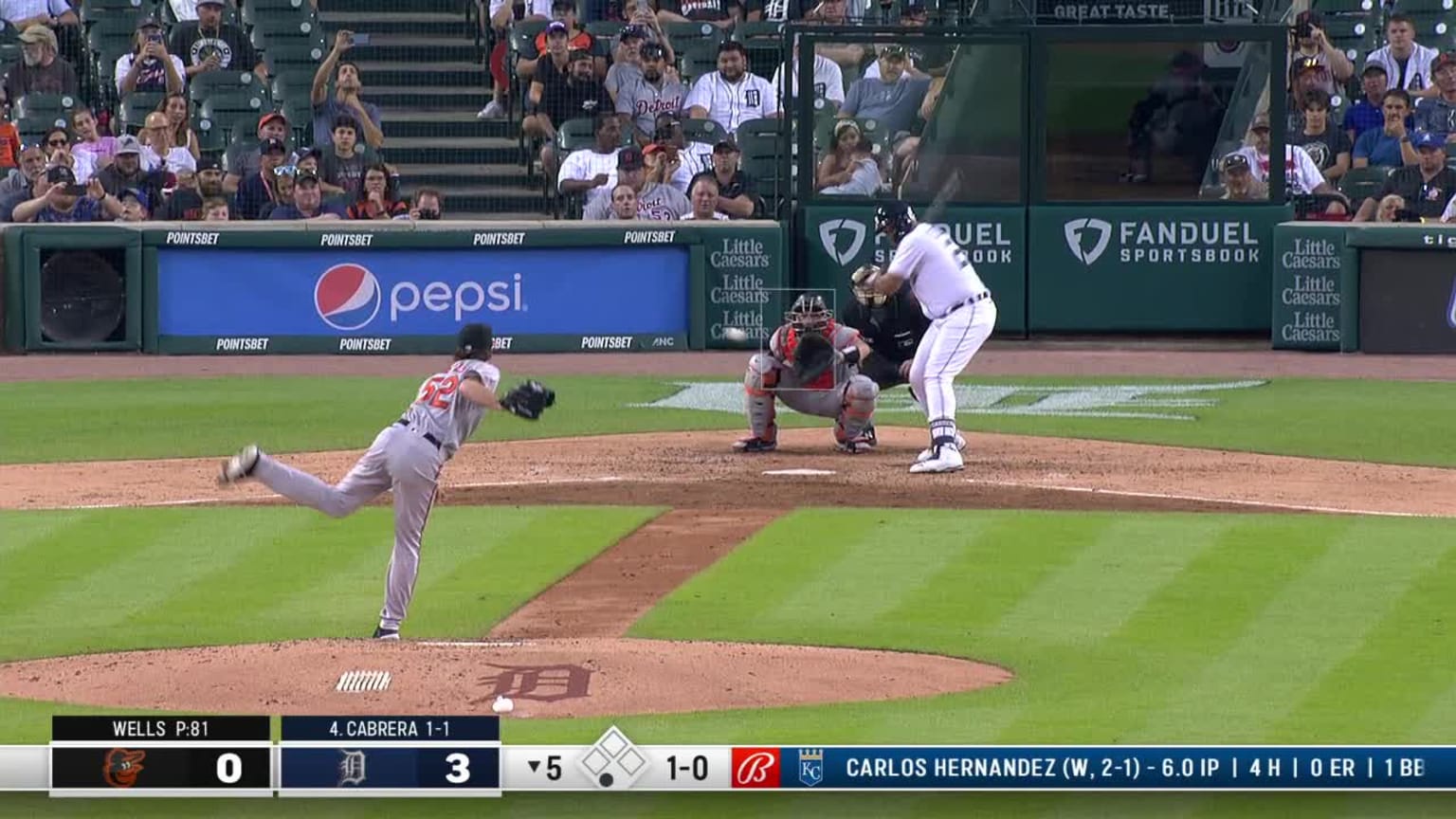 The Venezuelan of the Tigers from Detroit, Miguel Cabrera, connected this Thursday his ninth home run it’s from the season 2021 of Big leagues (MLB), remaining only four bombs from the longed-for 500.

Through the game Tigers vs Orioles, Miguel Cabrera made itself felt with the house brand, connecting home run toward his opposing band to reach nine in the 2021 season and 496 for life in baseball Big leagues.

On his third shift of the night, after single and ticket, Cabrera increased the Tigres 4-0 advantage with tremendous home run into right field, continuing his productive week and getting even closer to the 500 home run goal in the MLB.

That hit of the Venezuelan of the Tigers In the fifth inning it was against Tyler Wells, who misplaced a four-seam fastball at 88 miles and this did not disappear to reach 72 undisputed in this season of MLB.

The home run # 496 of Miguel Cabrera on the MLB He had a departure speed of 101.9 miles per hour and reached 363 feet, a hit that brings the 38-year-old Venezuelan closer to round numbers.

Miguel Cabrera after that home run is hitting .244 with 72 hits, nine home runs, 45 RBIs and 33 runs scored in 80 games with his Tigers

IT WASN’T EVERYTHING FOR MIGGY!

On your next turn, Miguel Cabrera connected his home run # 10 of the MLB 2021, to reach 497 in his career and add a new game with multiple home runs.

Adam Plutko was the one who suffered the Venezuelan of the Tigers in his second home run of the night, being another hit in the direction of the opposite band that had a speed of 102.8 miles per hour and reached 380 feet of distance.

Then now, Miguel Cabrera is just three home runs off 500 and 61 career hits in Big leagues.