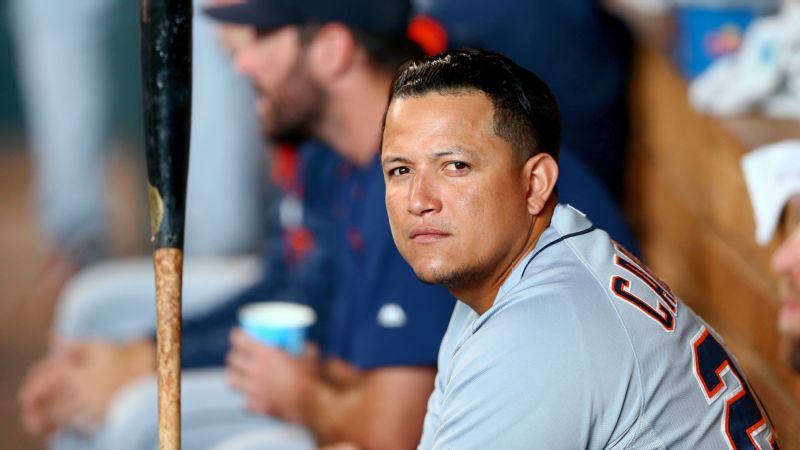 The Venezuelan first baseman Miguel Cabrera, of the Detroit Tigers, will resume the chase for the 500th home run of his extraordinary major league career since Tuesday against the Los Angeles Angels at Comerica Park.

Cabrera is hitting .280 with 16 homers and 20 doubles in 321 at-bats (and 15-4 with a double in 2021) against Los Angeles, who announced the rights. Dylan bundy Y Shohei ohtani and the southpaw Patrick Sandoval as his starting pitchers for the three-game series.

Cabrera hit his 499th homer last Wednesday off a right-hander curveball. Matt harvey in the fifth inning of a game against the Baltimore Orioles at Oriole Park At Camden Yards.

The American League MVP double and winner of the last major league hitting Triple Crown is trying to become the 28th player with 500 home runs in major league history. He would be the first Venezuelan and the seventh Latin American on the prestigious list.

While Frank Robinson and the Dominicans Albert pujols and David Ortiz are the only ones who have hit the 499 and 500 home runs in the same clash and some went over the bridge very quickly, other members of the “500 Club” agonized for a long time before completing the feat.

The Dominican Sammy Sosa and the North American Gary Sheffield are the only ones who had a winter vacation between their 499 and 500 home runs. Sosa hit his 499 home run on September 29, 2002, the last day of the season, and the next did not happen. until April 4, 2003, in the fourth game of the season for the Chicago Cubs.

Rivals most hit by Miguel Cabrera

Dominican-American Alex Rodríguez, who retired with 696 tetra-bases, reached the promised land on August 4, 2007, on the tenth day after landing 499, while another member of the New York Yankees, Mickey Mantle, suffered for nine days before. to dispatch the blow on May 14, 1967.