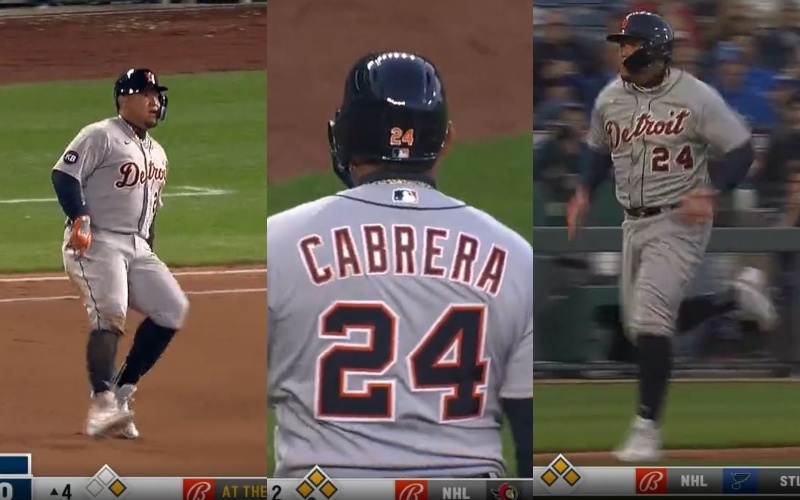 The Venezuelan Miguel Cabrera fired three more and is close to 3,000 hits in the Major Leagues, incidentally, he made a fun base run to score a run.

Through the game this Thursday, April 14, 2022 between the Kansas City Royals vs. the Detroit Tigers, Miguel Cabrera had three hits to get just 6 hits away from reaching 3,000 hits in the Big leagues.

Miguel Cabrera he went 3-for-4 in the fifth inning of the game, which is still ongoing. Also, Miggy scored a run after stomping, defying Andrew Benintendi’s arm on Spencer Torkelson’s sacrifice fly.

Miggy’s career numbers against the Royals:

Video of the three hits:

The 11-time all-star and 2-time MVP, Miguel Cabrera, began the season hitting .318 with 7 hits in 222 at-bats, adding 3 RBIs, 2 runs scored, and a low 684 OPS. Though it was thought he should Being a spot lower in the Detroit Tigers lineup, he continues to show that he’s a steady fourth or fifth hitter.

The start of the season that Miggy has had leaves much to say, taking into account that he has not reported any physical discomfort, took a day off and recorded three hits against the Royals, making it clear that he can still produce to please the Royals as quickly as possible. his fans.

Miguel Cabrera is closer to 3,000 hits and made base running fun