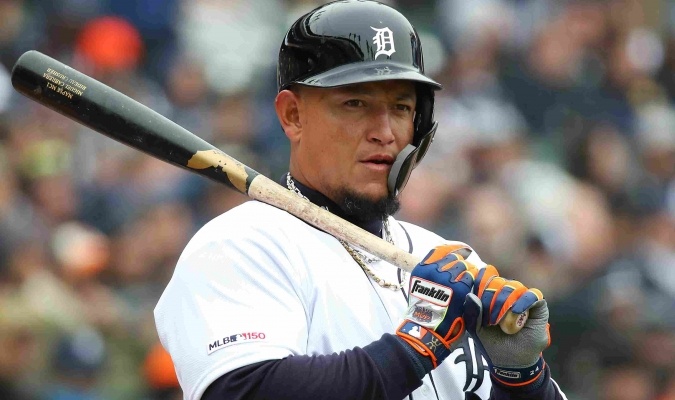 Confirmed the delay to start with the Training Camps, all of us who follow the incidents of the Major Leagues hope that this situation regarding the lockout does not affect the calendar of the 2022 season.

Especially in the case of Miguel Cabrera, who in various statistical sections is very close to legendary figures, including several members of the Hall of Fame.

For Tigre Mayor, it could be a tournament that will help give even more shape and substance to a career that makes him the best Venezuelan in the Major League and one of the most outstanding players of all time.

These are the figures that the boy from Maracay can overcome

Also read: Oswald Peraza, a jewel of the Yankees who may soon be installed at shortstop (+Videos)

For the maracayero there are 1,804 companions taken to the register, subtracting 8 to equal Frank Robinson in 21st place, 24 separate him from Al Simmons, 27 from Manny RamÃrez, 29 from Dave Winfield, 31 from Rafael Palmeiro, 32 by Ken Griffey Jr., 35 by *Ted Williams, 40 by *Carl Yastrzemski and 56 by Mel Ott.Â

Along with Al Oliver and Dave Winfield, Miguelito is 49 for life, 1 behind John Olerud, Joe Morgan, Don Mattingly, Willie Davis, Wade Boggs and *Ernie Banks. He is 2 short of * Chipper Jones, Bill Buckner, Bobby Bonilla and Roberto Alomar. Likewise, 3 remain to find Carlos Lee and Luis GonzÃ¡lez, 4 to catch up with Mark Grace, *Gary Carter and Harold Baines, 5 to match *Ted Simmons, another 6 take him away from Will Clark, 7 from Frank Robinson, Ken Griffey Jr. and Jeff Bagwell, 8 by Amos Otis, Jeff Kent, Jeff Conine and Adrián Beltré, 9 by BJ Surhoff, Al Kaline and Gari Gaetty, 10 by Carl Yastrzemski and Joe Carter, 11 by Tony Pérez .

Miguel Cabrera, brands and figures at the mercy of the Elder Tiger (+Videos)