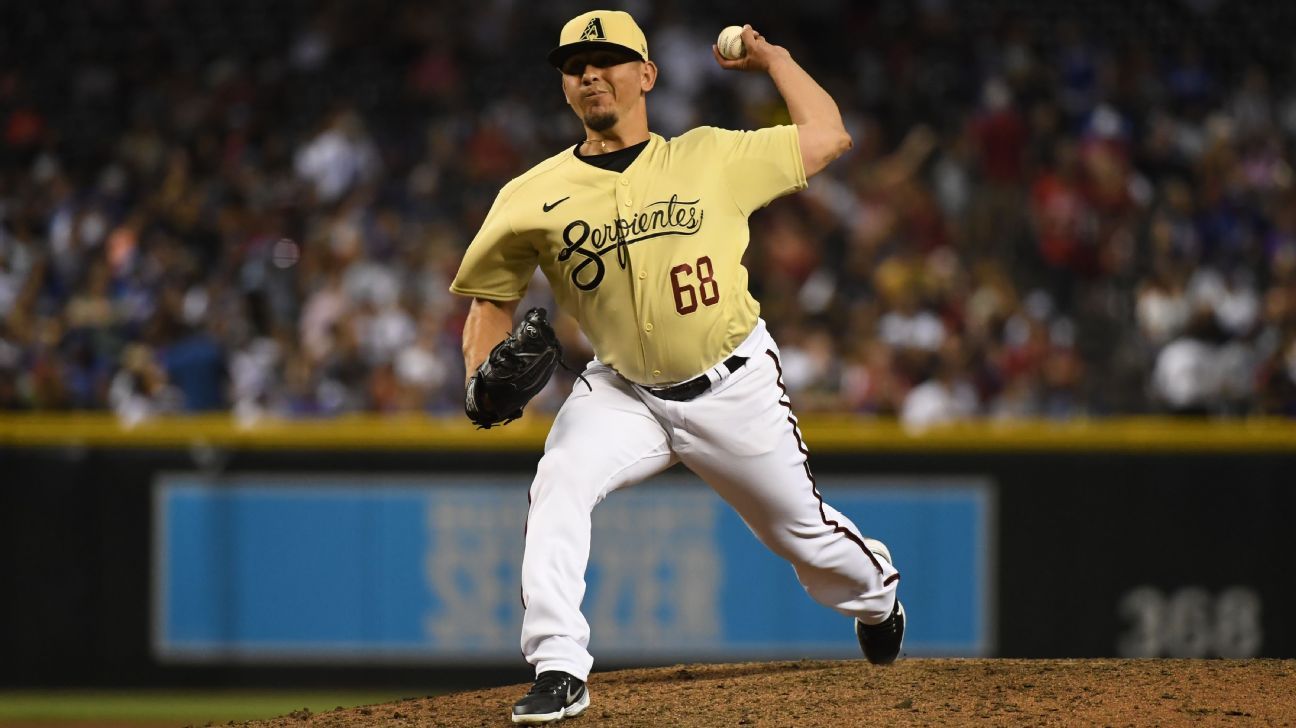 The left-handed pitcher Miguel Aguilar placeholder image made a sensational debut for the Arizona Diamondbacks, retiring a no-run inning to become the 139th Mexican-born player to play in the Major Leagues on Friday night in a 6-5 win over the Los Angeles Dodgers in 10 innings. .

The left-hander got into a critical situation in the seventh inning, when the Dodgers came up 4-5 on the scoreboard with a two-run RBI triple from Chris taylor who sent to the showers Jake faria without taking out in the episode.

The Mexican entered the relief with a runner in the third room without an out and took the three outs in a row without getting the ball out of the box, to maintain the advantage of his team, which disappeared before another reliever –Brett de Geus– in the eighth inning when the match was tied 5-5.

Max muncy He was the first batter Aguilar faced and he passed four four-seam fastballs of 91.8, 92.2 and 92 and 92 mph to put him on two balls and two strikes. With an 80.6 mph curve, he fanned Muncy for the first out.

Justin turner he was the second batter against the Mexican and went with three four-seam fastballs of 93.1, 92.7 and 91.7 mph with a foul fly to first base.

To get the third out and not allow the third runner to reach the plate he needed two pitches against Corey seager. The first was an 82.6 mph corner and the second was a 91.6 mph four-seam fastball that forced the batter to ground to second base.

For the Dodgers, Victor Gonzalez he pitched the fourth inning accepting a hit with a walk and a pair of strikeouts, making 20 pitches, 13 of them strikes.

Aguilar, who will turn 30 on Sept. 26, received his call-up to the Major Leagues nearly five years after signing with the organization on Sept. 19, 2016, to make his minor league debut in 2017.