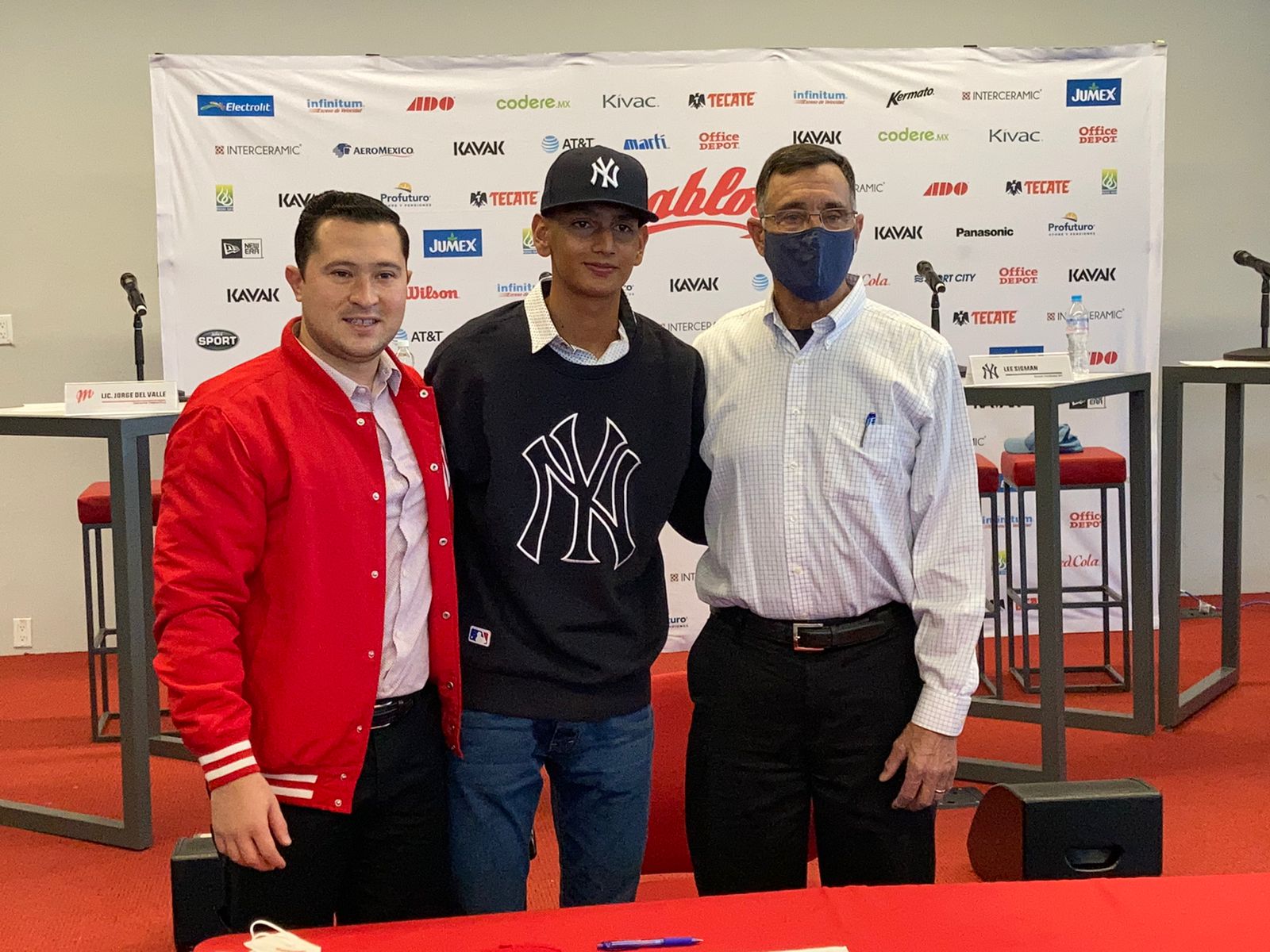 “I am very happy for this moment and I want to thank all the people who have helped me to be here, my family, the Devils, Jorge, Manuel Bernal for signing me and helping me get here. We have worked a lot to be at this moment, “explained Christian.

“I tried to give my best in the League, I wanted to really enjoy the experience and give my best, do my job and I was very happy with the season I had and having won that title”, explained the youngster. “Work, being disciplined, being responsible and doing everything from the heart is what leads you to great things, to fulfill dreams, that
I also learned from the experience in the league.”

Christian Zazueta gives his impressions after signing his signature and becoming a new player for the New York Yankees @elfildeo pic.twitter.com/2PmI5sj5re

What the Yankees saw in Zazueta

Values, character and discipline is what this young man has. When we saw what this young man had, we really liked what we saw. We came to see him live and what we saw was spectacular, we really liked his control, his patience, we liked his presence on the hill. That combination of being a player with values ​​and close to his family and with great quality makes him a great prospect, who if he works hard and doesn’t lose ground, he can go far”, explained Lee Sigman. “He has the profile to be a starter. His arm can still go up a few more miles, he is still going to grow and develop physically and with that he can aspire to great things”.

Zazueta becomes the second prospect from the Red Devils of Mexico to be signed by a major league squad this week, since international signings by Major League Baseball opened on Saturday, January 15, 2022.

“This type of signing is important not only for the Devils but for baseball in Mexico. It is betting, it is growing in this area and today Mexico becomes one of the countries where there is a lot of quality and this commits us to continue working. There were many teams that followed Christian but it was the Yankees that won the race and that gives us a lot of pride”, commented Del Valle during the presentation.

Zazueta was signed by the Red Devils in 2020, by the scout and former player, Manuel Bernal. After training at the Alfredo Harp Helú Academy in Oaxaca, he was part of the team that played in the 2021 Mexican Winter League (LIM), where he played the role of starting pitcher.

The young right-hander finished with 5 starts in the tournament, in which he pitched 18 innings, allowing 8 runs (7 earned), giving him a 3.50 earned run average, the best in the South Zone in the tournament.

At #FireDiamond, Christian Zazueta polished his shine with the @DevilsRojosMX, the 17-year-old pitcher from Sonora signed today with the @Yankees_Baseball. From here, one more of the talents trained in the @AcademyAHH makes dreaming big come true. #VamosDevils 💎🔥🏟⚾️🗽 pic.twitter.com/6ZDfGc9XHF

With info and image Red Devils of Mexico.

From Mexico to the world, Christian Zazueta signs with the New York Yankees. @elfildeo pic.twitter.com/sEMQlqBk7G