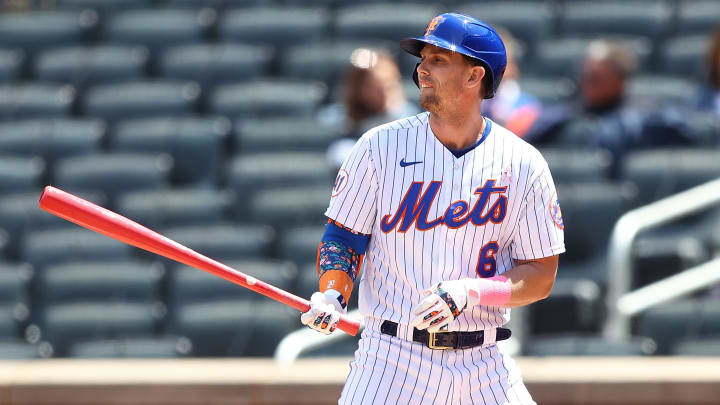 The New York Mets they were extremely busy updating their list before the lockout began MLB, and that could lead them to buy some of your players that come back

New York is willing to listen to trade offers for JD Davis, Dominic Smith and Jeff McNeil, according to Andy Martino of SNY.

The additions of Starling Marte, Mark Canha and Eduardo Escobar in free agency created a backlog of position players on the Mets’ roster.

The 28-year-old Davis appeared in just 73 games in 2021, hitting .285/.384/.436 with five home runs. Davis underwent surgery in October to repair a torn ligament in his left hand. He is arbitration eligible and is projected to earn $2.7 million this season.

McNeil had a rocky 2021 in New York, which included a confrontation with teammate Francisco Lindor during a game. His performance on the field also declined, with the 29-year-old posting a career-worst 0.5 fWAR while hitting .251/.319/.360 with seven home runs in 120 games. McNeil projects to earn $2.8 million in arbitration.

Despite signing Max Scherzer, the Mets are still looking to improve their rotation, with a possibility for free-agent left-hander Yusei Kikuchi, Martino adds.

Adding one or two more arms to the bullpen is also likely, according to Martino.

New York was not on a list of teams interested in Japanese outfielder Seiya Suzuki, but a team source told Martino the club could pursue the 27-year-old.

After their spending spree before the lockout began, it seems unlikely the Mets will compete for Carlos Correa or Kris Bryant, and Martino reports the team hasn’t seriously considered either player since November.

Mets will listen to offers for several important players